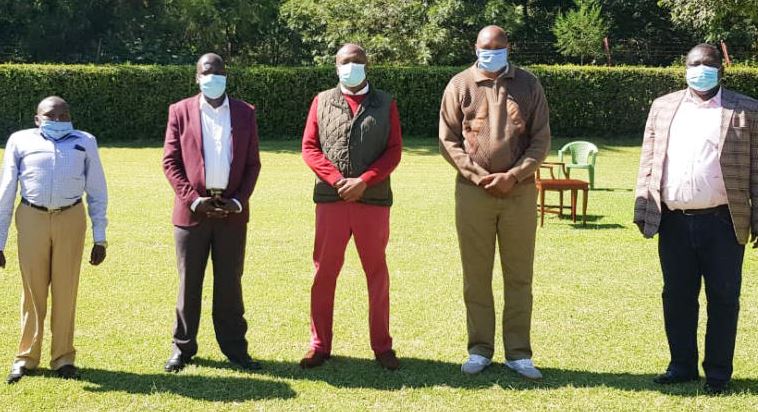 Baringo Senator Gideon Moi yesterday hosted a youth delegation from Kajiado County and leaders from Nakuru County at his Kabarak home (above).

The delegation from Kajiado was led by Senator Philip Mpaayei. They discussed politics and development matters, urging Senator Gideon to help them ask the government to protect their land.

The MCAs were drawn from Nessuit, Marioshoni and Mauche where settlers have been evicted from their land.

The MCAs called on the senator to hold talks with President Uhuru Kenyatta to ensure those living in the areas and are genuine land owners are not evicted, but issued with title deeds.

Gideon, in his address, appreciated the delegation from Kajiado and promised to visit the area when the Covid-19 pandemic is managed.

The senator said former President the late Daniel arap Moi left a legacy of always taking care of all and especially the marginalised and will champion their interest.

He promised the MCAs from Nakuru that he will do wide consultation and present their grievances.

The meeting came a day after the senator met leaders from the Western region led by Council of Governors Chairperson Wycliffe Oparanya and Secretary General of the Central Organisation of Trade Unions Francis Atwoli.

The leaders assured the senator of their political support, and praised Kanu’s coalition deal with Jubilee, Wiper and Chama cha Mashinani.

If so, is Mombasa County ready to bury its loved ones in a dignified way?

By Robert Kiplagat | 6 hours ago