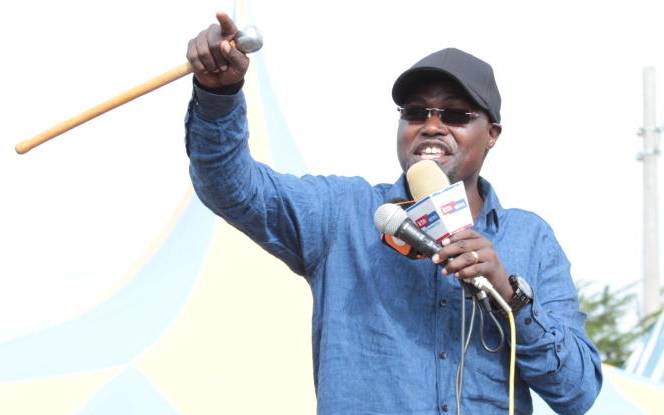 Emurua-Dikir MP Johana Ng’eno (above) has vowed to take legal action against the company and supplier of the poisonous livestock feeds that killed his 22 dairy cows.

The legislator lost his herd of pedigree Friesian heifers on Friday at his Kisiara farm in his constituency after the animals were fed on some mineral supplements.

“I will take legal action against them for selling uncertified feeds and also for selling to me feeds that they knew to be poisonous. They have caused me grave devastation on my investment, “the legislator told The Standard on phone.

He regretted that the 10 bags of two kilograms of the supplement caused him over Sh2.5Million following the death of his young stock.

Mr Ng’eno who described the incident as heinous crime narrated that the cows died within record 10 minutes after consuming less that 100grams of the feeds indicating that the feeds were highly poisonous.

“The first cow dropped dead within five minutes and after 10 minutes all were dead. They had indicated that each cow was supposed to be fed between 200 and 250grams of the feeds but ironically they died instantly before even finishing half of it, “he said.

Ng’eno revealed that after the incident he checked on the packaged feeds and realised that it did not have the mark of quality from the Kenya Bureau of Standards (Kebs).

According to the outspoken legislator, so far the vets have taken the autopsy on the cows to the government chemist for investigations but the preliminary report indicates that the cows died of excessive urea.

He said he fell for the product since the product was marketed as a new product and he decided to buy at Sh55,000 after being convinced by a local supplier.

“They convinced me that it was a product on piloting stage. I had my doubts but they even referred me to some farmers in Nakuru and Bomet who were using it but when I called them they denied knowing the product, “he explained.

The package of the product, the MP said failed to indicate the composition of the feeds thus exposing many farmers at risk.

He has however advised fellow farmers to be buying their livestock feeds from established and known local suppliers to avoid incurring losses like the one he is experiencing.