Ruto has last laugh as Kimunya thrashed in Rurii Ward 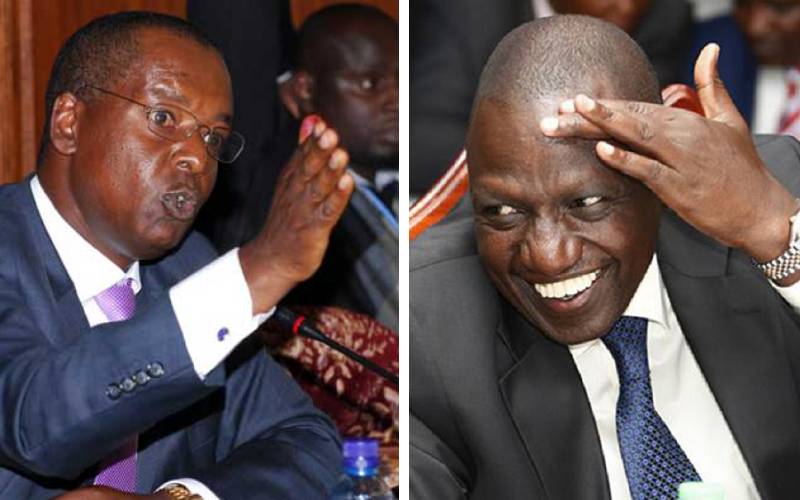 In a video clip, Kimunya is captured saying: “I am the Jubilee Majority leader, this is our home and outsiders should not decide for us.”

He added, “Let us win this Rurii Ward by-election by 99 per cent so that those outsiders (UDA) trying to come here can be taught a lesson. Nyandarua is our home. If we lose in Rurii, I should just resign. How can Jubilee lose this seat in Nyandarua, and I am the Majority Leader?”

“We thank God for Hustler nation victory in Juja and Rurii and the awesome show in Bonchari. A big congratulation to all our hustler teams for a sterling performance against all odds,” said the DP.

During an event at the home of Kieni MP Kanini Kega, where a number of Cabinet Secretaries from Central and MPs attended, they told Nyandarua Governor Francis Kimemia to ensure the seat is retained by Jubilee.

Nakuru Senator Susan Kihika said: "The last week has been a nightmare for someone. Today he is ‘on life support.’ Party lost in Rurii, Juja and Bonchari! Appears his imaginary grip of the Mountain is a mirage! Deep state and system is a scam!"

Former MP Kabando wa Kabando lauded the DP and the UDA team for the win.

He added: “Strong show in Bonchari! A reflection of influence plus the unstoppable popularity of reject BBI movement.”

In a phone call, the DP addressed residents and drummed up support for Githaiga saying he will be the first UDA elected leader from Nyandarua.

“I thank you for supporting the hustler candidate. Do not forget us during the voting day on May 18,” he said.

Embakasi East Returning Officer goes missing
National
By Stephanie Wangari
43 mins ago
Real champions of this year's election offer hope for Kenya
Kamotho Waiganjo
By Kamotho Waiganjo
48 mins ago
It's Organ Donation Day, donate and save lives
Opinion
By Rodgers Otiso
48 mins ago
Why 2022 poll is a game-changer in Kenyan politics
Ken Opalo
By Ken Opalo
48 mins ago
.