Leaders eyeing MP and MCA positions but are not degree holders risk being locked out of the 2022 General Election.

Section 22 of the Elections Act 2012 which is expected to be enforced in the next elections will make it mandatory for aspirants to have a university degree to get clearance by the electoral commission to contest.

Implementation of the law was postponed in the 2017 polls.

Currently, the Elections Act only makes it mandatory for the presidential aspirant and running mate as well as governors and their running mates to be degree holders.

Although the implementation date of the law has been postponed several times, it is now set to take effect after the National Assembly in 2017 amended Section 22 of the Elections Act that prescribes minimum academic qualifications for elected leaders at both levels of government.

Some lawmakers do not meet the requirement and could end up being barred from defending their seats.

“A person may be nominated as a candidate for an election under this Act only if that person – is qualified to be elected to that office under the Constitution and this Act, and holds – in the case of a Member of Parliament, a degree from a university recognized in Kenya or in case of a Member of County Assembly, a degree from university recognized in Kenya,” states section 22 of the Act.

“Notwithstanding subsection (1), this section shall come into force and shall apply to qualifications for candidates in the General Election to be held after the 2017 General Election,” adds a section that suspended its implementation.

Already, MCAs are protesting plans to implement the law saying the proponents of the Building Bridges Initiative (BBI) birthed through the Handshake between President Uhuru Kenyatta and ODM Raila Odinga have promised to remove the requirement by amending the section.

County Assembly Forum (CAF) chairman Ndegwa Wahome said they will oppose the implementation of the law as it was not subjected to public participation before enactment.

He said implementation of the law would be akin to using the back door to deny voters their sovereign power to elect their political leaders.

“We have taken a very firm position that the sovereignty and power to elect belong to the people under Article 1 of the Constitution. we have said section 22 of the Election Act is subsidiary to Article 1,” said Wahome.

“If section Elections Act was to be allowed to contradict the constitution, then there should have been serious public participation for the people to hand over their mandate of electing their leaders to certain bodies. We had an engagement with the BBI team and we were promised as MCAs that section 22 will be amended,” he added.

Makueni Senator Mutula Kilonzo Jnr said those opposed to the law would once again scheme to have it suspended.

Senator Kilonzo Jnr– who participated in the crafting of the law – said if implemented, close to 50 per cent of the current political leaders would be locked out of the country’s politics.

“I was in the committee that proposed the law in 2016. There are various arguments on both sides. Arguments that you can’t put the degree requirement on governors alone when people who are over sighting them don’t have an education. The other argument is that you can’t restrict leadership to those who have degrees,” said Kilonzo Jnr.

The Minority Leader stated, “There is no guarantee that it will take effect; I suspect that there would be a push again to have it suspended. We are likely to have a raft of amendments to the House and this one could be one of them because about 50 per cent of those holding political seats will be locked out."

He however vowed to push for its implementation to improve the quality of leadership in the country.

“I participated in the enacting of that law and it remains my position that it takes effect in the next elections. It is the law and they must apply,” said Duale.

Similar views were shared by Public Accounts Committee (PAC) chairman Opiyo Wandayi and Nominated MP Godfrey Osotsi, who insisted that the law has to take effect.

Mr Wandayi said that those who do not meet the requirement should look for leadership positions outside politics.

“We need to enhance the capacity of our legislative assemblies to perform their constitutional functions. Level of education is a key factor in this,” he said.

“Not everybody should struggle to be in Parliament or county assembly. Others can exercise leadership elsewhere. It is a matter of choice,” he added.

Mr Osotsi said that it was no longer tenable to have legislators with low education if there was a need for quality debates and legislation.

“This time around, the law should be implemented because aspirants were given adequate time to acquire degrees and there is no more excuse for additional time. Secondly, it is no longer tenable to have legislators with low education if we want to improve quality of debates and legislation,” he said.

“In fact, we need to remove discriminatory aspects in law. Why do we require President and governors to have degrees while those who oversight them have none?” the Nominated MP added.

The concerns about the level of education among the top leadership, came to the fore in late 2017 and 2018 when more than 50 MPs had not made any contribution in the National Assembly and had requested Speaker Justin Muturi to organise another induction to understand parliamentary procedures and practice.

Nine months after their election, MPs who were yet to make their maiden speech in the National Assembly according to the Handsard, parliamentary Broadcast Unit (PBU) and the Mzalendo.com, an online platform that keeps tabs on the performance of MPs in the House plenary, during this period under review, spoke only when they supported their colleagues but never initiated anything on their own.

The revelation comes as the leadership of Parliament complained that some MPs were skipping the last legislative step that is crucial in law-making.

“You will even hear others telling their constituents they have passed very good Bills yet the individuals making such statements do not attend sessions to contribute to the legislation they are talking about. The real law-making process starts at the Third Reading, where only a few participate," said the Speaker then.

This has been a demonstration of the lack of understanding of the Standing Orders which has seen the Speaker sometimes deny a member an opportunity to make a contribution on the floor of the House, especially on personal statements or being out of order.

USAid shipped the drugs this January, but the government slapped it with Sh40m tax before allowing its distribution 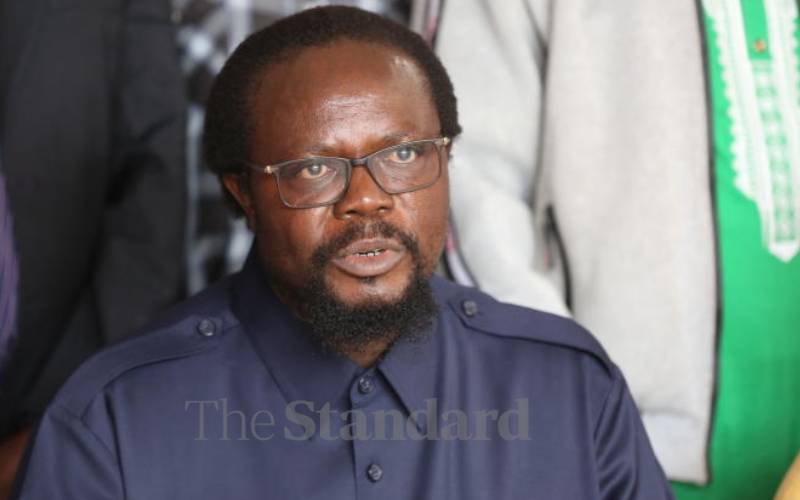