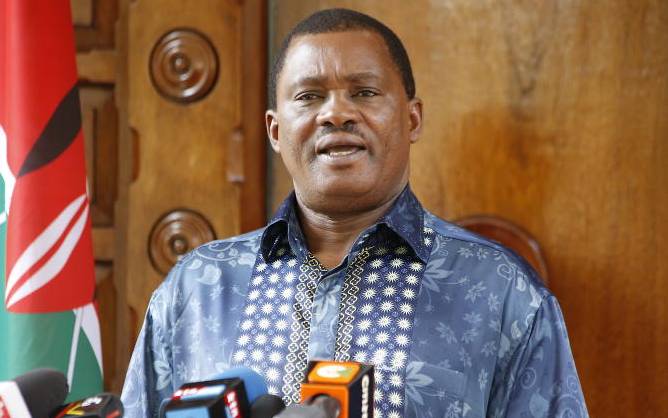 Speaker Justin Muturi (pictured above) was on Thursday turning blue faster than the American States in this year’s election and for a good reason. A routine task of keeping some old chaps out of retirement hit a quorum hitch.

On a good day, getting Parliament to approve the president’s ambassadorial nominees would have been a breeze and without much event. A few “ayes” from the vocally gifted waheshimiwas and some old-fashioned massaging of egos would have sufficed.

And since the conveyor belts – members of the National Assembly Defence and Foreign Relations Committee – didn’t fight over the outcome of last week’s vetting process, their colleagues in plenary had no reason to contradict their decision.

So it was easy to understand why Speaker Muturi was in a foul mood when he learnt that fewer than 50 MPs were in the chamber and that he would have to defer a vote that would ordinarily take seconds to the next sitting.

And he made everyone know what he thought of the impatient MPs who couldn’t sit through the session – “reckless, careless and inattentive”.

Visibly angry, the Speaker lectured the rest for minutes on end, and an air of unease filled the House. He would then put off all matters whose proposers were absent.

His discovery that the waheshimiwas didn’t particularly enjoy spending time in Bunge, however, came late in the day. Many have seemed allergic to sittings that didn’t involve talk of a raise.

Moments earlier, a sleep-inducing debate on whether to approve the president’s picks for ambassadors had him in high spirits.

It had everything to do with the generational war that stemmed from concerns that the nominees were too old for the job.

The speaker had made it clear where he stood on the matter when he claimed that foreign nations would reject young ambassadors thinking that they were “deejays”.

Someone should have perhaps informed him that not all young people were deejays and that disk jockeying was a noble profession.

Yatta MP Charles Kilonzo brought the age debate up, as he had during the vetting, by defending the move to have senior citizens as ambassadors.

“If you are to appoint a very young ambassador and post him to a country... they look at him very negatively… age is gold,” he said, exciting members of Bunge’s council of elders and rubbing the younger waheshimiwas the wrong way.

“A 49-year-old, a 53-year-old is experienced. We do not have to handpick the people who have retired, who are 62, 65,” remarked Keiyo South MP Daniel Kipkosgei.

But the Speaker shut him off by reminding him that the main contestants in the US presidential election were in their 70s.

All subsequent speakers spoke in favour of the oldies and called for patience amongst the youth.

Midway through the debate, the Speaker noticed that some of the old guard – possibly sleepy – were leaving the chamber and his face turned blue, aware that the odds were flipping the other side.

“You are leaving for them to be passed by who? (sic.),” he raged, before Igembe South MP John Paul Mwirigi, the youngest MP, ended the fight.

The leaders in a peace meeting held at Kenya School of Government, Baringo Campus vowed to bring to an end the conflict brought about by cattle theft.

By Joachim Bwana, Collins Kweyu and John Shilitsa | 8 hours ago