BBI will create equal chances for all: Raila

By Rawlings Otieno | 1yr ago 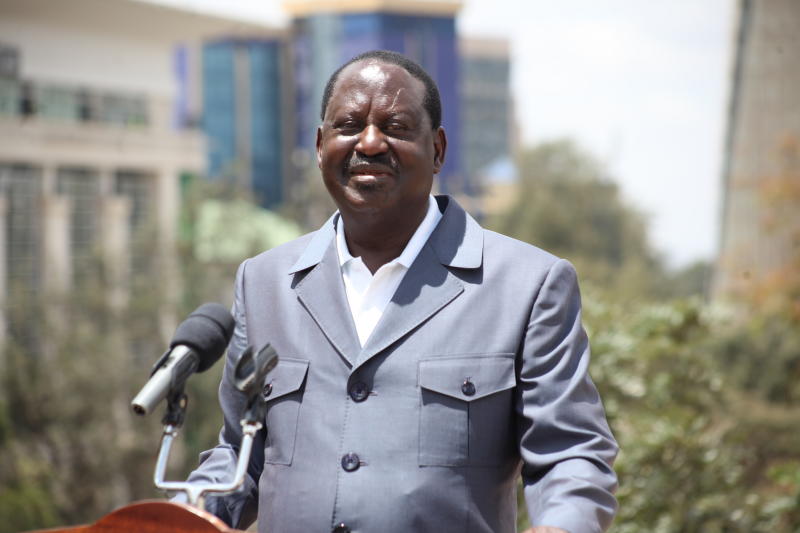 This, he said even as he challenged Kenyans to focus more on wealth creation other than just being mere consumers.

“As a country, we must urgently return to debating how to create fair and equal chances for every Kenyan to participate optimally in national productivity and wealth creation so that we may together create wealth that is more than enough for us to share. Unless this is done, we will have more vicious fights, as we strive to share poverty rather than prosperity,” said Raila.

A day after the Senate passed the third basis formula for revenue sharing among the counties, Raila pointed out that President Uhuru Kenyatta’s intervention helped the country break the stalemate that he said was also being used by populist politicians to profile revenue sharing as a county against county or region against region contest over national resources.

He said the stalemate over revenue sharing had taught the nation a lesson that the county should refocus on the envisaged reform agenda that aims to catalyse productivity by making all Kenyans producers rather than mere consumers and dependents.

“In the envisaged BBI reforms, we had proposed to raise the minimum percentage of national revenue to counties from at least 15 per cent to at least 35 per cent. It is our hope that this proposal will receive positive consideration by the BBI team and will also be endorsed by Kenyans,” said Raila.

Raila said the country must recommit to fighting corruption in all its manifestations at both the county and national levels.

"We must put in place a robust mechanism for punishing and getting rid of the cartels and syndicates that promote corruption and plunder in our national and county governments so that every cent raised by Kenyans and allocated to the development of Kenyans only funds our county and national development,” he said.

The stalemate over the third basis revenue sharing formula that ran from July saw the Senate fail to agree a record 10 times.

By Patrick Vidija 13 hrs ago
President-elect: I called Raila Odinga this morning

By Stephanie Wangari 15 hrs ago
Ruto's acceptance speech: There's no room for vengeance