Political oblivion? Not for bullfighter from Kakamega 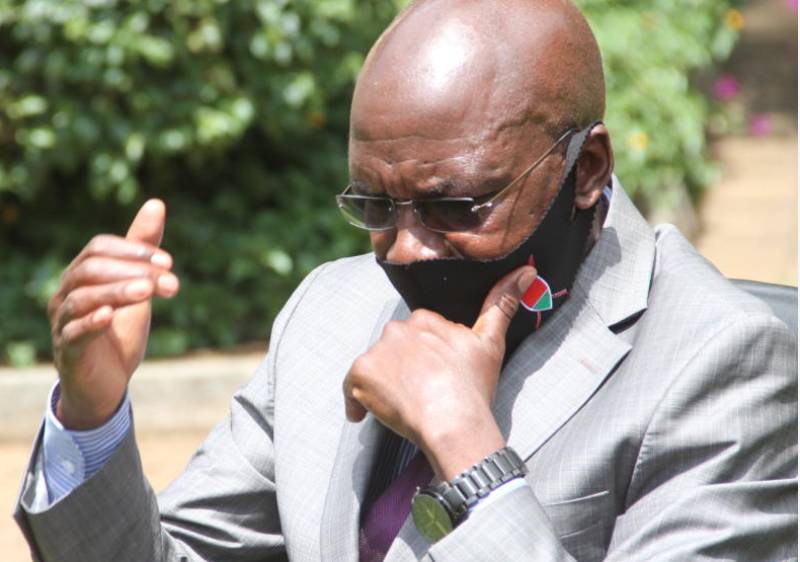 Many politicians, after losing in the elections, fizzle out into oblivion. But Dr Bonnie Khalwale (pictured), the bullfighter from Malinya, Kakamega County, refuses to be part of this statistic.

The former Kakamega Senator has enjoyed relative success on this front owing to his many talents and deeply-rooted religious beliefs.

On Twitter, he hurls a bunch of accolades he has earned as a battle-hardened warrior. And his handle’s background picture accentuates his valiance.

It is an image of Boni Mtetezi emerging from the smog of teargas, wearing a sly grin in the disappointment of the lack of originality by the police.

It is a smile that says: “Surely you can do better than teargas.”

The photograph was taken when police disrupted a meeting at Hamisi MP Mr Charles Gimose’s home.

Further down the timeline are images of Khalwale conquering the smoke. Everyone but Khalwale has the appropriate reaction to the gas. It is as though he enjoys it.

Looking at his recent escapades, it is easy to understand why he doesn’t seem to be affected by the teargas. It is not the first time he has had a puff.

Earlier this month, police officers used the same tactics to stop a gathering he had helped convene.

Both incidents are the price he has had to pay for his newly-found spirituality, a trait that has seen him attempt reenactments of Biblical events since last year. For almost a year now, Khalwale has been spreading the hustler message and over the weekend it took him to Vihiga County as he tried out a new role of John the Baptist.

Earlier in the day, he was in town to pave the way for his new political master ahead of the 2022 elections and led youth in chanting his name.

Later on, he preached repentance to the police service, which has been on the spot for their obvious selective implementation of Covid-19 containment measures.

The police had not come with good intentions for Mtetezi and his friends, but that would not stop him from delivering them from sin.

So passionate was he that, instead of waiting for his clients at the river, like John the Baptist, he brought the river to them, in the form of a jerrycans full of water.

It had seemed that the water was meant to extinguish a fire that had started inside Gimose’s house, courtesy of the police, but later as he tried to forcefully baptise an officer, there was no doubt what his intention had been.

And who knew that he could run that fast? It is no wonder he has the body of a 20-year-old at his age, yet he turns 60 next month.

But it is not the first time Khalwale has been inspired by Biblical figures. On Sunday, he was the Good Samaritan as he “empowered a young hustler woman” and pinned the tweet on the same.

Curiously, he wears no mask as he stands above the foodstuff that the woman he is “empowering” is selling. Talk about giving by one hand and taking by the other. To be fair, the woman too isn’t wearing a face mask.

Last year, during the Kibra by-elections, he played David as he tried to slay the ODM Goliath, only he did not have a sling and should have been keener when selecting his stones. He should have known that David kept sheep, not bulls.

Seeing that all his recent attempts have been futile, perhaps the good doctor should revert to legislation – to the ‘Kimunya must go!’ days, unless, of course, he plans to be immune to teargas.

Life was easier for him when no animal was more equal than the other and everyone who broke the law got the same treatment.

Why hawk-eyed officer not about to drop hockey stick

Very few sportsmen or women have been able to perform at the top level for long while...