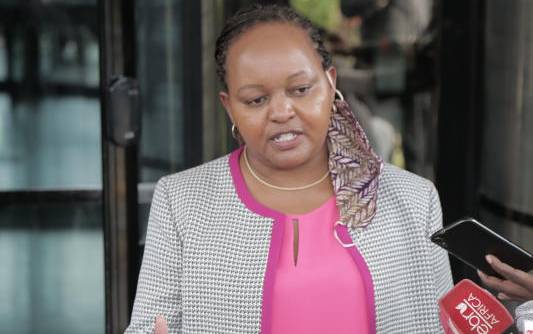 In three -page open letter, Waiguru alleged that Kibicho has been the primary catalyst in the destructive politics between her and the MCAs putting operations to a standstill.

The governor also accused Kibicho of holding secret meetings with the ward reps promising to give them roads and water projects funded by the national government for their wards.

"Accounts from various sources indicate that you gave your unqualified support to the impeachment, well knowing that the motion had no substance and no factual basis and would only lead to besmirching my character and poisoning the political environment in the County."

"Since the failure of the motion, I am now very disheartened to learn that you have continued to support a heavily funded and well-orchestrated scheme to destabilize the County, " she added.

Now Waiguru claims that the Kibicho's  hand in the political hostility and budget-making standoff in the county are as a result of "his interest to  take over the reins of Bridging Bridges Initiative (BBI) in Kirinyaga and in the central region."

"I am not aware that there is a “regional leadership”. Any engagement in the process has been organic and the BBI movement needs no political jostling.  I would hope that we all support the President in achieving his legacy from the Handshake without the need for political squabbling," Waiguru added.

The governor appealed to the PS to focus on service delivery to the people of Kirinyaga.

However, Kibicho has continuously refuted the alleged claims of interfering with the county government matters.

Dry but empty: How victims of floods are rising from the debris

Dozens of families living near Lake Victoria have started going back to their homes, but it will take more than hope to start all over again.