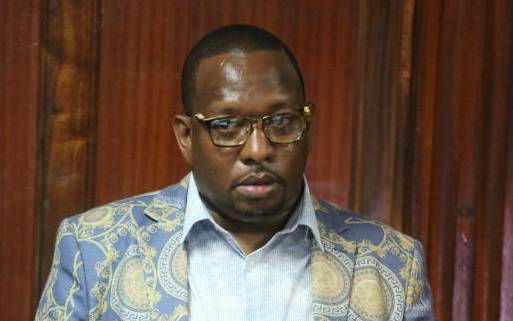 The lunch was seen as part of his efforts to frustrate his planned impeachment following reports that some 89 MCAs had signed a petition to oust him. The embattled governor is facing corruption charges and has been barred, by the court, from accessing City Hall.

The Standard established that Sonko hosted the MCAs from both sides of the political divide during which he sought to convince them to drop their bid to remove him.

A source said the MCAs were locked in the compound to ensure they don’t attend the afternoon’s plenary sitting at the county assembly. This was meant to ensure there was no quorum in the House.

The source said the governor resorted to such measures for fear the motion was going to be tabled in the House yesterday.

“He was trying to make sure the assembly had no quorum for the notice of motion of impeachment to be introduced. We were only allowed to leave after House business had begun and after he confirmed no motion had been tabled against him,” said the source.

The City-County Assembly has 122 members. Only a third of MCAs, or 41 members, are required to table a notice of motion. For the debate of impeachment motion, however, a minimum of 82 members is required.

“We are in Upper Hill with the governor. He called for a meeting before the plenary. We are here to discuss the issue of the coming notice of motion on his impeachment,” said Warutere, a Jubilee-allied MCA.

Another source, also present during the meeting, claimed members were persuaded to drop their bid with a payout of Sh40,000 each.

During the meeting, a letter originating from ODM Nairobi chairman George Aladwa also surfaced, warning the party’s MCAs against appending any signature or participating in the impeachment motion against Sonko.

“I have been directed by the party leader Hon Raila Odinga to advise the honourable members that the party does not support the move. As such, you are hereby directed not to vote or append your signature on any proposed impeachment unless advised otherwise,” stated Aladwa, through the letter dated February 19, and addressed to Minority leader David Mberia.

Aladwa, despite being a member of the opposition party, is a close Sonko ally.

But ODM Secretary General Edwin Sifuna disowned the letter, saying official communication on the party position on any matter was his responsibility. He added that the party would not interfere with the impeachment process.

“We wish to make it clear that the party and the party leader do not and will not interfere with the power granted directly by the people to MCAs in the exercise of their functions, including over-sighting the executive,” said Sifuna in a statement.

Embakasi MCA Michael Ogada is a spearheading collection of signatures for Sonko’s ouster. He confirmed he had met the threshold required to impeach the governor.

Mr Ogada said he had collected more than 90 signatures in favour of his ouster petition and would be introducing the impeachment motion for debate soon.

The ODM ward rep also dismissed Aladwa’s letter, saying he had the blessing of the party leadership to proceed with the motion.

By Patrick Vidija | 21 hours ago