Leaders from across the country who have been trading barbs in the name of the Building Bridges Initiative (BBI), all converged at the Mama Ngina grounds in Mombasa today.

Calls for constitutional amendment gained momentum as leaders supported the call for a referendum. 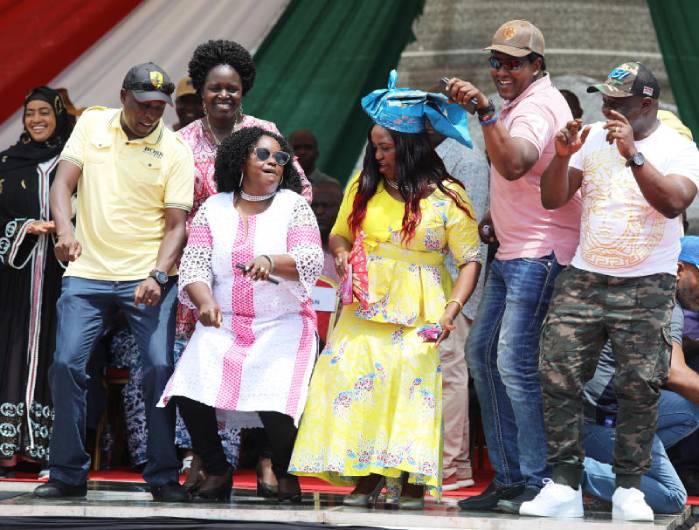 The event was attended by more than 25 governors, senators and several MPs.

They all declared that the call for a referendum was inevitable. 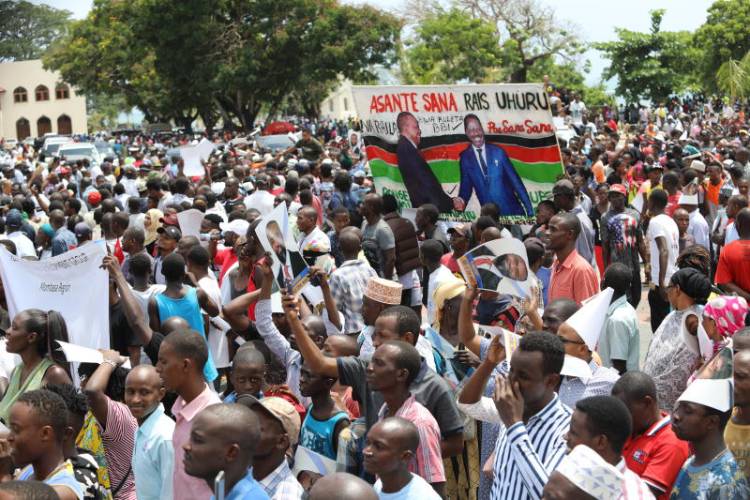 Raila said that the drive for referendum through the initiative was “a train that has already left the station.”

Kalonzo told Kenyans, “It is time to unite the country. We cannot touch some chapters in the Constitution without going for a referendum. We must also send the current IEBC officials home.” 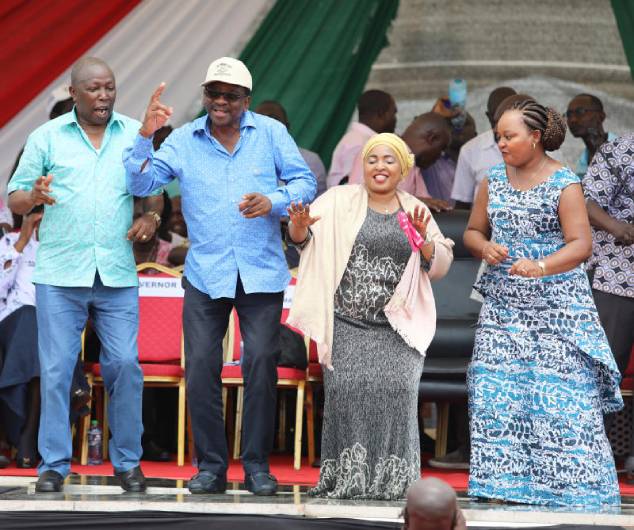 Governor Joho, an ardent supporter of Raila said, “We have at least 24 governors here. What we need is 20 counties for us to pass the referendum. Tell me who can stop that.” 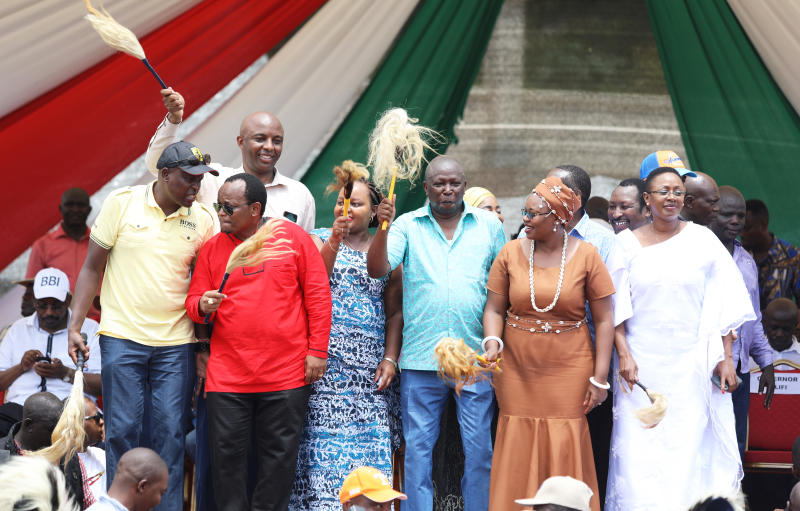 Kirinyaga Governor Anne Waiguru, said BBI will end the dominance of two tribes in the country’s leadership and women will have a chance in the next government.

“We will also be able to do away with the issue of having only two tribes leading other Kenyans. We will see the issue of inclusivity addressed once and for all through BBI,” she said.

Senator Kipchumba Murkomen led Tanga Tanga leaders at the event attended by thousands and surprisingly threw his weight behind the BBI. 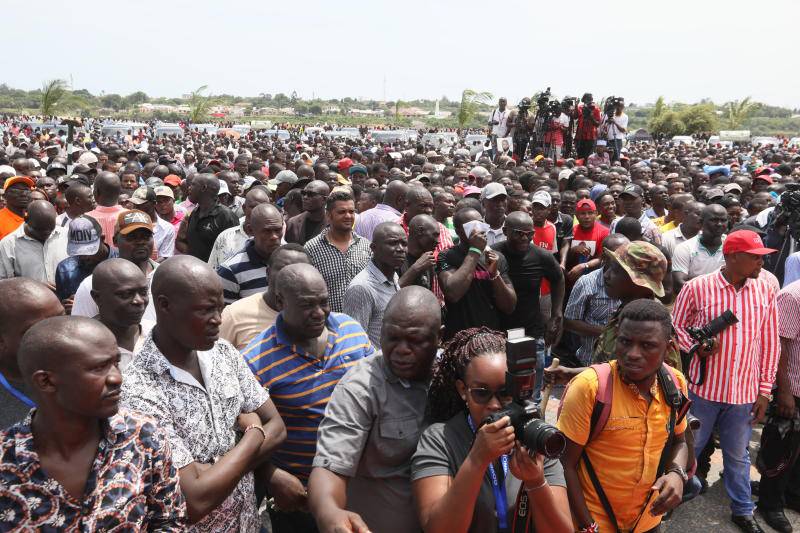 His change of tune shocked Senator James Orengo, who said miracles were happening on the podium.

Murkomen is among legislators allied to Deputy President William Ruto who had opposed calls for a referendum. 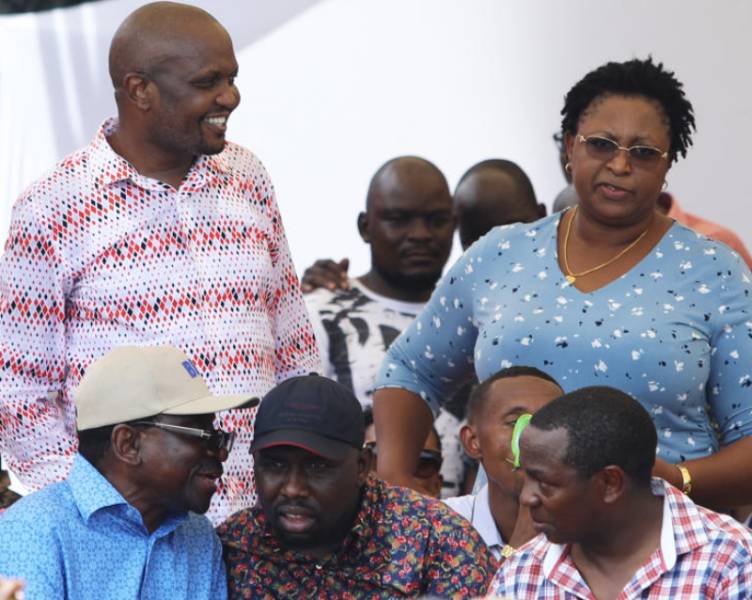