Deputy President William Ruto encountered hostility for a second time during his tour of Western region.

Just a day after ODM and Ford-Kenya supporters blocked Ruto and Governor Ken Lusaka from accessing Bungoma Town on Monday, the DP had to endure heckling as he attempted to address residents of Trans Nzoia County yesterday.

A chopper carrying Ruto had to land at Kitale Members Club and not Masaba Primary as planned after Opposition supporters barricaded the road leading to the school.

On Monday, Ruto and Lusaka were forced take another route to Kanduyi stage, skipping Bungoma, where Jubilee leaders had been scheduled to address the public at a bus park.

Tension was high in Kiminini Town, Ruto’s first stop as Opposition and Jubilee supporters engaged in a shouting match that turned violent at some point but security officers, led by County Commissioner Ann Gakuria, were at hand to maintain order.

The NASA-chanting crowd burst into song and dance as area MP Chris Wamalwa of Ford Kenya made his way into Kiminini stage. Ruto braved the hostile reception and joined the MP.

Ruto fought hard to address the crowd, which he urged to support the Government based on its development record in the area.

However, when he stood to speak, Dr Wamalwa told the DP Jubilee had no place in the region, which he termed an Opposition stronghold.

“Your excellency, we love you and we appreciate the projects initiated by Jubilee in this county but the truth of the matter is this is an Opposition zone and JP should stop wasting its time trying to lure residents,” Wamalwa said.

In criticism of Jubilee’s laptop project, Wamalwa told Ruto even Masaba Primary where he had planned to land was yet to get the gadgets.

However, the DP dismissed Wamalwa’s remarks, saying they did not represent views of residents. “What do you mean that Jubilee has no room here? That is your personal statement and does not represent the feeling of the locals,” Ruto said.

Meanwhile, Ruto said the Opposition had resorted to vote rigging claims after sensing defeat in the August elections.

“They first said the electoral commission was not fit and we changed it, they moved to dispute amendment of laws threatening to boycott elections and are now alleging we are importing voters. They are like a team that is blaming the shape of the ball, size of goal posts and referee yet they are unprepared,” said Ruto, who spoke later at Maili Nane in Cherangany Constituency.

On Christmas day in 2007 at around 2pm in Nkubu Meru County, James Mwembia went to his neighbour Ezra (not his real name) and asked him to allow him send his nine-year-old daughter Dorcas (not her real name) to the shop. 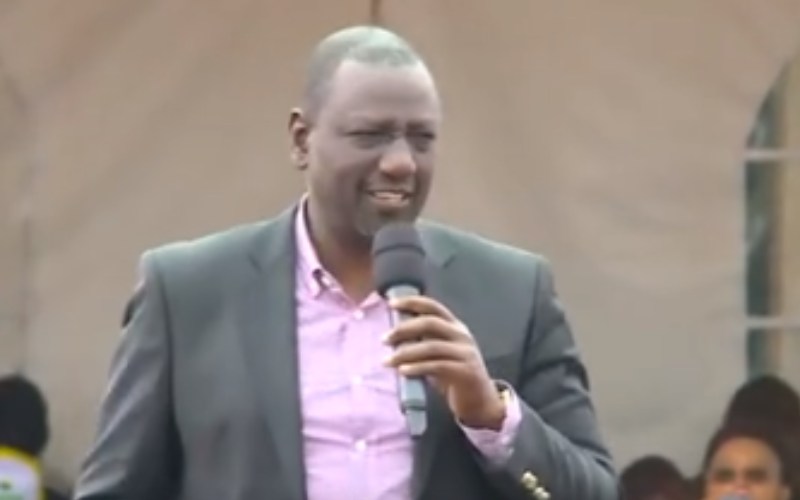