The future of driving is electric 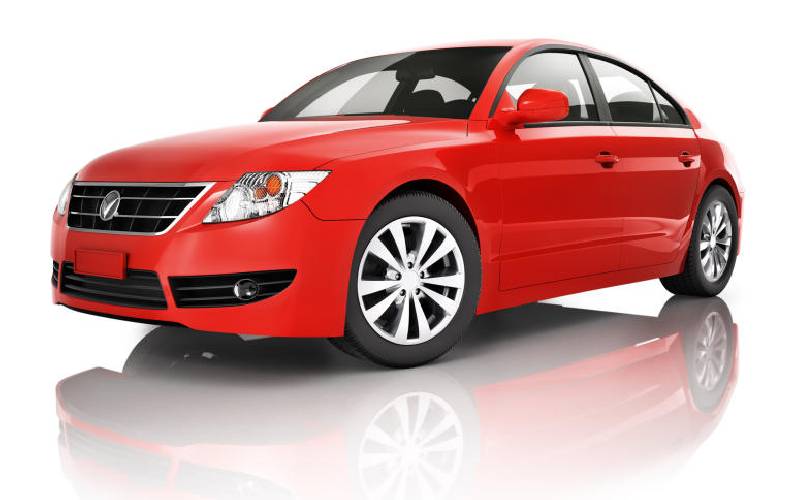 For decades, electric vehicles (EVs) were seen as a luxury, a domain where only the privileged few would venture.

In the 70s and 80s for instance, a number of then giant motor vehicle manufacturers ventured out to design the very first EVs but would fold the frontier departments only a few years later.

EVs were not catching on in the market as assumed. From unreliable charging components, low battery mileages and slow and  lethargic motor units, the clamour for EVs hit a brick wall and died a natural death.

Fast forward, four decades on, EVs are back. Not only are they back and better but also just as impressive and cost-effective.

Oil climbs toward Sh7,000 a barrel

Why Kenya won’t gain much from cheap oil

Advancements in technologies have seen the development of more efficient and reliable EV power units while biases towards fossil fuel-powered vehicles are slowly weathering.

In my view, today, roads around the globe feature EVs or near EVs (hybrids) that are just as fast and reliable as their petroleum-powered peers.

One with a keen eye on the motoring segment must have seen videos online of traditional sports cars in a drag race with Tesla units with the latter topping nearly all rivals by their side across the quarter-mile distance.

We would sum up in a single phrase, EVs are now just as good as their petrol-powered siblings, if not better.

The future is now

Needless to say, we are already living in this new EV future. According to data from the International Energy Agency (IEA) EV sales grew by 41 per cent across 2020 and there are now an estimated 10 million EVs’ on roads around the world as of the start of 2021.

Europe is leading the world into the new petrol-less future closely followed by China and the United States with the Asian giant being the surprise package in this movement.

The IEA predicts there will be at least 145 million EVs by 2030 representing about 7 per cent of the total fleet of motor vehicles around the world if current policies and trends are maintained.

On its part, Meticulous Research forecasts the EV market to have a value of 2.5 trillion dollars (KSh270 trillion), by 2027 marking an average 33.6 per cent cumulative annual growth rate (CAGR) from 2020.

Companies such as Tesla- the world’s largest EV manufacturer and the maker of pure EVs have shown the switch to electric driving is doable.

The momentous and unprecedented growth in the EV market while inorganic has found a push from changing dynamics in the society.

The greatest driver for the switch has for instance been increased climate consciousness.

With human activity being the greatest contributor to CO2 emissions, individuals and governments have become more conscious to the damage cost by simple tasks such as driving.

While the activity can be largely viewed as harmless, pollution from fossil fuel run vehicles cannot be understated.

For instance, when the world came under tough movement restrictions last year, our skies cleared up as many across the globe parked their cars for months on end.

Climate consciousness has found additional impetus from the pandemic setting up the unprecedented growth for the EV market.

Central to the push for the adoption has been governments that continue to offer incentives such as stimulus funds and tax breaks for EV manufacturers.

At the same time, governments have completed the subsidy efforts with stiff requirements to reduce the footprint of CO2 emissions from fossil fuel-powered vehicles.

For instance, the European Union requires all new cars to cut their CO2 output by 92 grams per kilometre.

Subsidies meanwhile have been central to the reduction EVs production costs with firms such as Tesla benefiting from carbon tax credits to remain profitable.

Further, the subsidies have been viewed as critical in the early EV adoption stage. Climate change pacts such as the Paris Agreement for instance infuse agreements to support the growth of EVs.

In the US, the White House is shortly expected to ask Congress for the expansion of consumer incentives and more funding for charging infrastructure.

Without subsidies, the cost of EVs would remain relatively higher in contrast with the average motor vehicle on the road today.

Surprisingly, opposition from petrol lobbies could soon thin out as the reality of the scarceness of fossil fuels hits home.

Already, oil exploring giants such as Saudi Arabia and the United Arab Emirates (UAE) are already planning for post-oil economies cognizant of the fact that the black gold deposits will likely be depleted in the coming decades.

Traditional motor vehicle manufacturers who have for years heard a virtual 10-foot pole between themselves and the EV market are now changing tact.

Having worked with and for global motor vehicle brands over the years, a great leader in the market, Daimler AG, the Group behind the luxury Mercedes brand for instance aspire to have 50 per cent of its sales in 2030 to come from the EV segment.

On its part, Bavaria Motor Works (BMW) says 90 per cent of its market categories will have fully electric models available by 2023.

AB Volvo, Ford, General Motors, Hyundai, Nissan and Tata Motors are some of the other traditional motor vehicle manufacturers coming around to the fact that the future will be electric.

Other dynasty Groups are similarly expected to follow suit with many already having EV prototypes in their garages.

While the EV market is already well profound in parts of Asia, North America and Europe, the rest of the world including Africa, Latin America and the Middle East lags behind in terms of adoption.

In Kenya for instance, the number of full EVs on roads is literally countable. Nevertheless, innovative minds have begun adopting full-scale petrol vehicles into EV units with tweaks to power units.

If Kenya is to fully switch to sustainable drives and cut its share of emissions, more must be done in supporting this quest.

For instance, it still costs millions to buy an EV with no kind of exemptions on import or excise duty.

Furthermore, there exists no elaborate second-hand market to support secondary purchases for a country where ex-Japan and ex-UK motor units are a mainstay.

The government must therefore seek to set up subsidies to importers, local assemblers and consumers of EVs.

Moreover, governments must discourage the use of petrol-powered motor vehicle units by implementing fines to firms who break emission limits.

Additionally, investments towards the recycling of batteries for the EV run vehicles must be undertaken least the solution yields in a new emissions problem.

Government, public and private sectors must prepare for the changes and ensure a seamless well established legal and supporting infrastructure to prepare for a major transition in our transport and motor vehicle world.

30 suspected muggers, pickpockets to be paraded for 3 consecutive days in Meru

Police on Monday successfully applied to hold the suspects for three days.

Ngalaa Chuphi alias Hassan Ronald duped police officers that he had a runny stomach and needed to visit a toilet.

By Hesbone Ndungu | 10 hours ago

By Hillary Nyang’anga | 10 hours ago

The going is getting increasingly tougher, but what do you want Prezzo UK to do?
Feedback