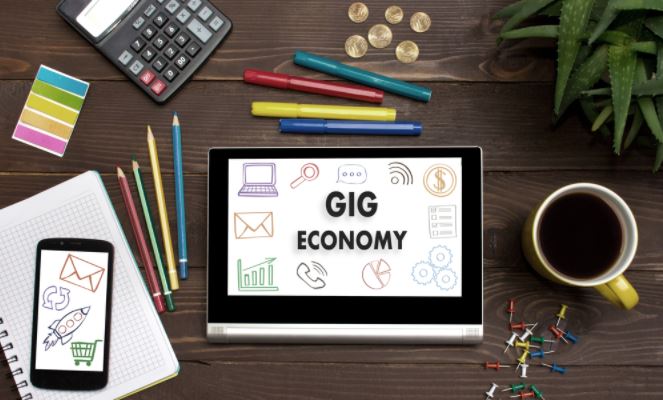 There is no doubt that 2020 has been a defining year. The effects of the Covid-19 pandemic will shape our lives for decades to come – both on a physical, economic and behavioral level.

Prior to the pandemic, the single biggest change to society, both socially and economically, was coming through the advance of technology, as digitalisation provided us with greater flexibility, freedom and choice. And although Covid-19 has forced major changes in the way we live, for the time being at least, it’s also accelerated our reliance upon digital technologies.

In Africa, just like elsewhere, these changes are being felt. In particular, the gig economy has given us the freedom to work and live more efficiently and effectively. It has also opened up a very powerful new revenue stream for the continent — allowing millions to take up flexible work on their own terms.

In our post-pandemic world, the gig economy is only going to become more important and more vital. Gig work is becoming increasingly important as a potential pathway to socio-economic development and employment creation, given Africa’s unique status as the continent with the youngest population but the highest youth unemployment rate.

According to the 2016 Jobs for Youth in Africa Report by the African Development Bank (AfDB), nearly 420 million youths in Africa are unemployed, while the International Labour Organisation (ILO) estimates that the number of youths facing unemployment in the continent is expected to reach 830 million by 2050.

The situation looks bleak and research conducted by the World Economic Forum (WEF) Africa will contribute more people to the workforce each year than the rest of the world combined by the year 2035. That’s huge when you consider that that the continent is also expected to be home to 1.25 billion people of working age by 2050. So, in order to absorb these new entrants to the work force, Africa needs to create more than 18 million new jobs each year.

Given the urgent need to provide jobs and livelihoods to Africans, it is time to examine the conventional wisdom that informal markets must transition into formal markets. It is against this background that the gig economy is fast gaining traction, with on-demand delivery start-ups and ride hailing apps leading the way.

If we take Kenya as an example, the Centre for Global Development (CGD) highlights how gig work is gradually changing how people access jobs, shifting the source of work away from informal labour and towards digital platforms

As with most disruptive technologies, platform work has the potential to grow even faster. Currently, the Kenyan online gig economy is valued at $109 million, and it employs a total of 36,573 gig workers. In the next three years, it is predicted to grow at an annual rate of 33 per cent, with the total size of the gig economy reaching $345 million and consisting of 93,875 gig workers by 2023.

Despite the gig economy being the working model of the future, it continues to face challenges. Current labour laws are still not conducive and African governments need to come up with labour laws that support workers in the informal sector as a way of sustaining the future of work in Africa.

In its report, Africa’s Gig Economy and the Role of Digital Finance, CGAP, a global development organization, cites access to capital as another challenge. Gig workers in Kenya cite savings, loans and medical insurance as top financial services they would like to access via gig platforms. While platforms across Africa increasingly offer credit and insurance, savings appears to be under-supplied.

Gig-based companies can offer better terms and embrace their responsibilities to their collaborators. Whereas gig workers may not enjoy all the benefits associated with full-time employees, it is possible to offer perks such as training and better income that would motivate the workers and encourage more to take up the gigs.

When we consider the future of work in Africa the question shouldn’t be whether jobs will be formal or informal, but how digital platforms and policymakers might come together to provide protection and benefits that more closely resemble those enjoyed by employees working under contract.

But for African countries to benefit from the gig economy, policymakers need to regulate in a way that makes the gig economy both more sustainable and inclusive. So that, eventually, it becomes less complicated belonging to either side of the labour spectrum. Perhaps then it will also serve as a panacea to the unemployment challenges faced by the continent.

The writer is the General Manager at Glovo.

By Mildred Agoya | 4 days ago

By Carl Manlan | 4 days ago