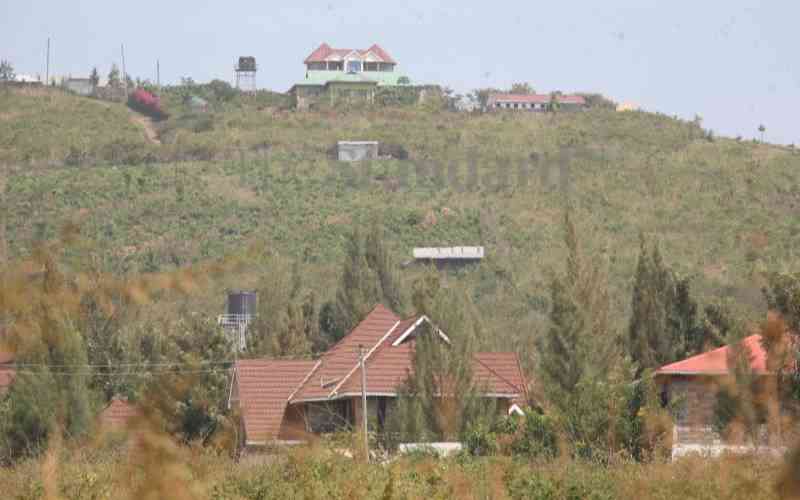 Residents in Riat estate around the airport area in Kisumu have raised concern over frequent shop burglaries and break-ins.

They said in a month, two watchmen guarding shops within Riat market have sustained serious injuries after being attacked. Three shop owners have also reported break-ins.

On Wednesday night, a resident lost property worth Sh100,000 after thugs broke into his shop. Edwin Omecha said CCTV captured the gang breaking into the shop located a few metres from his house. “My wife tried to scream to get the attention of neighbours but seems like the several insecurity episodes have left people afraid,” he said.

Omecha said by the time he got to Riat, the thugs had taken everything and fled. He said the criminals attacked the watchman who fled for his own safety.

Omecha said Riat market is quickly growing and is near the airport, therefore there’s a need for the police post to be upgraded, especially in the wake of frequent robbery cases.

He asked the police to use the CCTV footage he shared to arrest the thugs. Kisumu West OCPD David Nyabuto said he is yet to receive any reports on break-ins.

MPs shouldn't let voters down on vetting of CSs
Opinion
By Editorial
14 mins ago
Florida deaths rise to 47 amid struggle to recover from hurricane Ian
World
By Associated Press
42 mins ago
Man City thrash Man United 6-3 thanks to stunning Haaland and Foden hat-tricks
Football
By Associated Press
45 mins ago
Former MP urges Nyanza to work with President Ruto
Nyanza
By James Omoro
1 hr ago
.