Nyanza's forgotten ports, as return of maritime transport a mirage

A walk through Kendu Bay pier, once the epitome of the region’s maritime economy from 1950s to early 1990s paints the picture of a ghost small port.

Only a single decaying, derelict abandoned ship stuck on the edges of the dock reminds one of the pier’s vibrant past. The pilings next to the ship have been destroyed.

The metals used to build the dock have also been vandalised, while a space that was once used by passengers has now been turned into a private temporary hotel.

A few metres from where the small port sits, the grim reality of its fall is clearly evident. Six large facilities that were used to store goods and grains are damaged and have now been turned into a brothel, given the high number of used condoms littering the place. Stray dogs roam its abandoned facilities and almost all the ceilings have caved in. The small port is among feeder ones in the region that played a critical role in maritime transport and connected the region with havens like Mwanza in neighbouring countries. It is now abandoned.

Despite the potential they have to transform the region’s economy and breathe life into the grossly underutilised maritime transport, small ports are lying eerily desolate.

Their conditions cast a huge doubt on the government’s commitment to transform maritime trade and transport within the counties in Nyanza and Western bordering Lake Victoria, which once relied heavily on water transport.

Their conditions were worsened last year when water from the swelling lake destroyed the infrastructure left. Despite subsiding of the back-flow, authorities are yet to repair the piers. This comes as residents remain optimistic that the vibrant transport system that thrived in the 1960s to early 1990s will return to help open up the lake-front.

A waterbus company is among those that are hopeful that the government will consider the revival of the small ports to revamp maritime transport through Lake Victoria.

When The Standard visited Kendu Bay jetty on Sunday, a few families had set up a tent for picnic as two men attempted to dislodge some huge metal from the dock.

A few metres from where they were, some fishermen using hook and line were also fishing next to an old abandoned toilet that served passengers in the past.

Mr Vincent Ochieng’, a 70-year-old fisherman, recounted how the small port was instrumental in the past and claimed its fall grossly affected their lives. “We would travel to Kisumu through the lake using Kendu Bay pier. It was effective and affordable,” he explains.

Mr Ochieng’ claims they would transport various goods using the small ships and passenger boats that operated between Kendu-Homa Bay-Mbita and Luanda Kotieno. “Reviving the port can play a big role in opening up the region’s economy,” he said.

Mr Maurice Oluoch, who had taken his family on a site-seeing at the abandoned pier, told The Standard his family relied on lake travel in the 1980s. “My father used to work in Kisumu and he always relied on ferries that plied the route. I hope the government will revive the small ports to help us relive the golden days,” he said.

Maritime transport was however grossly affected in the 1990s following increase of water hyacinth weed that blocked the lake for several months, leading to huge losses to vessel operators. With the revival of Kisumu Port and the establishment of a shipyard in Kisumu, residents are optimistic that the government will now prioritise revival of the small ports in Nyanza.

They believe revival of the small ports will also revamp tourism besides easing trade.

According to National BMU chairperson Mr Tom Guda, opening of the feeder ports will create more shipping and logistics opportunities in the region. “The projects will open the lake front. Once they are built, we will also be able to invest in eco-tourism and transport,” said Mr Guda.

Early this year, KPA told The Standard that plans are underway to revive the feeder ports.

Already, KPA experts have completed a survey on the several feeder ports that dot the lake on the Kenyan side and plans are underway to begin their upgrading.

The government intends to undertake dredging of several feeder ports in the lake and improve their infrastructure to pave the way for a return of an efficient passenger vessel transport system in the lake.

The plan is part of a wider strategy to improve shipping and logistics in the lake, with residents keen to see if the much touted plans will become a reality after several years of wait.

A woman claiming a share of the late businessman Washington Olweny's millions says she was mistreated when she presented herself for a DNA test. 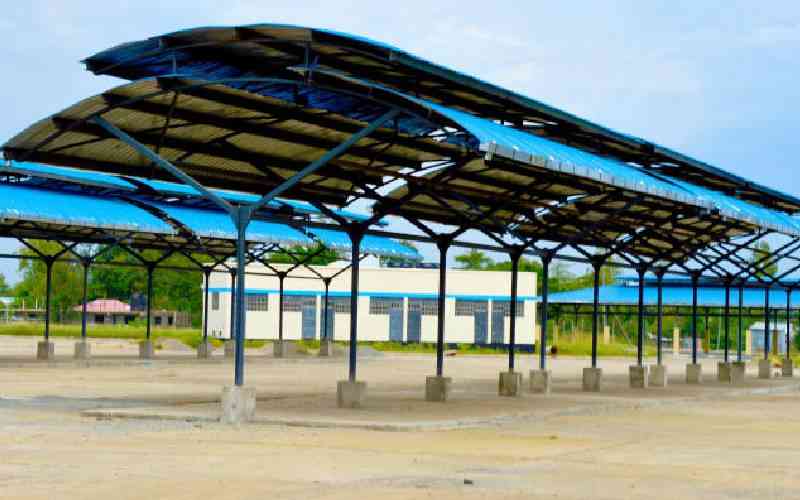