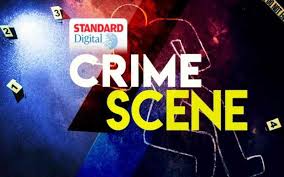 Police in Seme have detained a 14-year girl accused of killing a 60-year-old woman following a quarrel over grazing land.

The girl is said to have hit the old woman with a stone on the abdomen when the woman confronted her after the girl tethered a cow in the woman's compound.

Seme Sub County OCPD Hellen Rotich said the trouble began when the woman threatened to punish the girl who had been grazing at Victoria Olwasi’s compound despite her protest.

The girl is a Standard Seven pupil at Gumo Primary School.

“The woman had a quarrel with the girl and she threatened to beat her up with her walking stick,” Rotich said.

The girl is said to have picked a stone and hit the elderly woman on the ribs, after which she fell down and collapsed.

Olwasi was rushed to a nearby private hospital where she was pronounced dead on arrival.

According to police, the incident which was reported on Monday at 4pm, happened at Konywera village, East Reru sub-location of West Seme location.

"The woman's grandchildren are the ones who reported the incident at our station," she added.

Rotich said that the girl had been placed in custody as the matter was still being investigated.

“We have launched our investigations into the matter. The girl is here with us,” she stated.

Over my dead body: Woman kills self after realising hubby's plan to get second wife