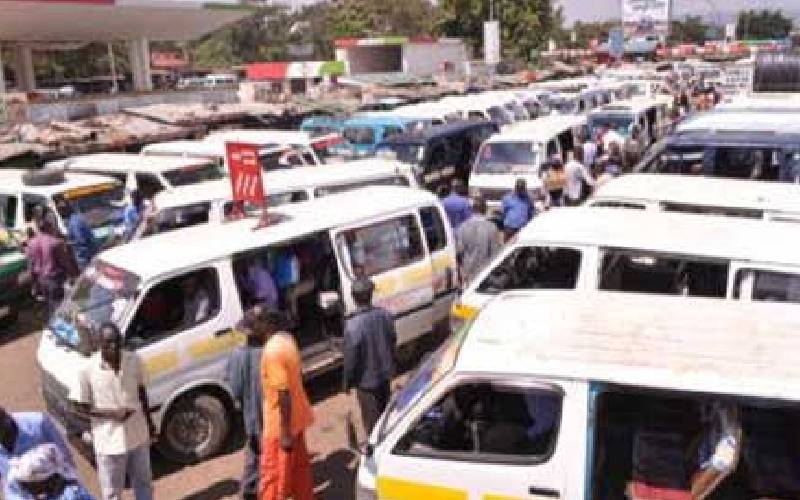 Police were on Saturday evening forced to use teargas and shoot in the air to quell a bloody fight between touts that left scores injured at the Kisumu Bus park.

Two touts suffered stab wounds and were rushed to Aga Khan Hospital as rival groups engaged each other in what police said was a scramble to control passenger service vehicles (PSV) plying the Kisumu-Nairobi route.

Police maintained tight security at the terminus yesterday as the touts from two groups regrouped for fresh battles.

Kisumu Central police boss Martha Ngetich said they had restored order at the bus park but were still monitoring the situation.

"It is true there was some fracas on Saturday evening but we have restored peace.  We have launched investigations to establish what triggered the fight," said Ngetich.

Members of two groups engaged each other with knives, stones among other crude weapons on Saturday evening, leaving scores injured in the fight that paralyzed transport operation at the usually busy park for several hours.

Passengers caught up in the fracas were forced to take refuge in kiosks as the touts fought each other.  The fight continued into the night, even as police ordered the touts out of the bus park.

According to Kevin Ombura, a tout at the park, the fight started after rival factions differed over the seven-seater saloon cars that ply the Kisumu-Nairobi route.

"Some of our members do not follow the rules. They are introducing more vehicles into the Sacco without consulting us," said  Ombura.

"I am heading to the bus park now. Tension is still very high. It is like they still want to fight.  I will speak to both sides and we will get a solution," said  Mr Ogada.