Cane farmers walk out of meeting on proposed law

Kisumu County: Over 400 farmers from Western Kenya stormed out of sugarcane stakeholders meeting called by the Ministry of Agriculture in Kisumu to discuss the Agriculture Fisheries and Food Authority Bill (Affa) 2013.

The farmers, who accused the Government of taking them for a ride, said they had previously proposed that sugarcane be exempted from the Act but their views had been ignored.

Kenya Sugar Growers Association (Kesga) Secretary Richard Ogendo led the protest at the middle of the meeting held yesterday, at a Kisumu hotel bringing together stakeholders in the sugar industry.

“With this law, specialisation is lost. The proposed law is oppressive, unconstitutional and discriminative to the cane farmers,” said Ogendo.

The farmers gave the ministry two weeks to remove sugarcane from the proposed law or face the wrath of farmers.

Ogendo said there was no public participation in drafting the Bill and called on Parliament to reject it and push for self-regulation in the sugarcane industry.

“Fish and livestock moved out of Affa. We must know why the Government insist on sugarcane to be part of it,” said Ogendo.

He said the law gives the President and the Cabinet Secretary for Agriculture direct roles in the appointment of the Kenya Sugar Board Directors, a situation which could compromise effectiveness of their services to the farmers.

Kesga also hit out at the Government for alleged failure to resolve problems that have dogged the industry over the years.

“The sugar industry has been grappling with a lot of problems such as pricing, zoning and cane poaching all which have not been satisfactorily addressed. The question now is, if we consolidate several crops under one banner, will we ever solve all these issues?” posed said Kesga National Chairman Juma Ibrahim.

The law proposes creation of a 14-member board, which will have only a single representative from the sugar sector. The Affia 2013 Act seeks to consolidate nearly all agricultural institutions, and this, cane farmers argue, will cripple the giant sector.

"If you distinguish yourself as a Deputy President...obey the law of the land," James Orengo

Man to sue state for detention over terror link

The Aga Khan Hospital was yesterday directed to prepare a medical report for a man held in the aftermath of the Westgate Mall attack on suspicion of terrorism. 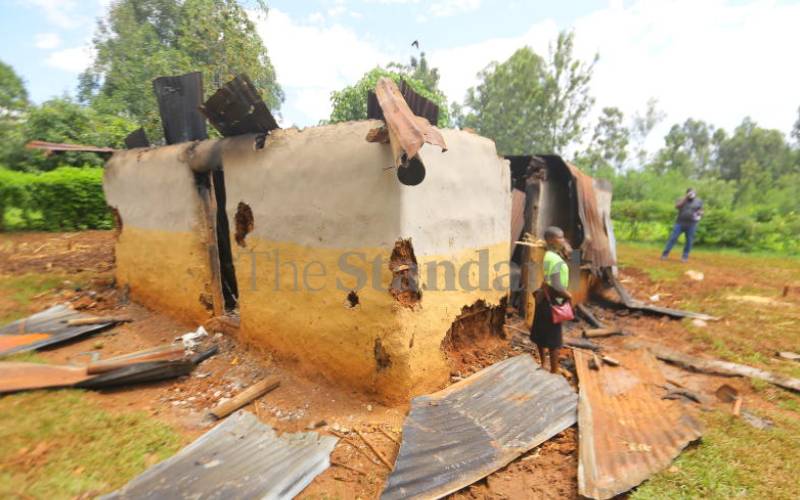