Consolidation is here with us. More banks are trying to cut deals behind boardrooms for mergers and acquisition as running operations become difficult.

Just a few years back, the Government had sought to compel banks into forced marriages arguing that the country had too many lenders.

It took Parliament to fight off repeated bids by the National Treasury to increase the minimum core capital for banks from Sh1 billion to Sh5 billion by December this year.

The Central Bank of Kenya also pushed back pressure for merging banks when three lenders went under and instead insisted that voluntary consolidation is the way to go.

Now the market is finally pushing for consolidation and 2018 has set the stage for a radical shift in the landscape of Kenyan banking as the law capping rates cuts down industry returns.

“One positive effect of the new lending regulations is that, along with increased competition, they are helping to spur consolidation in the banking sector,” says a report by Oxford Business Group for 2018.

With the impending merger of Commercial Bank of Africa and the NIC Bank, Kenya will have had half a dozen deals.

This was however softened by the entry of two new lenders, Dubai International Bank (DIB) and Mayfair Bank.

The debut was not so smooth, with DIB making a Sh665.8 million net loss in the third quarter, sinking further into the red from a Sh561 million loss in a similar period last year.

Mayfair also went through a rough patch, posting a Sh169.49 million loss after taxation in the period from Sh222.39 million a year earlier.

Kenya has often been seen to be overbanked when compared to bigger economies such as South Africa with 31 lenders and Nigeria with 21.

“One of the biggest constraints we have seen is that Kenyan banks have not been able to play a big role because of their size,” Treasury Cabinet Secretary Henry Rotich said following announcement of the NIC-CBA deal earlier this month.

At the end of the pending deals, the banking industry will be made up of 41 commercial banks, one mortgage finance company, 13 microfinance banks, eight representative offices of foreign banks and 73 foreign exchange bureaus.

But it is the deals that have been cooking this year that may radically trim off lenders, especially small ones that are barely staying afloat.

Following the rate cap, small lenders have been suffering since they have less money to do business.

There looked to be great promise that the rate cap would be repealed, which would have brought much relief to the sector.

However, the change was delivered halfheartedly as Parliament only removed the floor on deposit rates while keeping the rate ceiling on loans to help banks get cheaper deposits.

But the amended law locked out many of the 97 per cent of depositors who have less than Sh100,000 in bank accounts, as lenders capped interest-earning deposit at a higher level.

This did not solve the problem as depositors have no incentive to put their money in small banks that neither offer a good return nor lend to them.

This can be seen at the National Bank of Kenya (NBK), which has introduced the tiered system offering better rates than its peers but is still struggling to attract deposits.

“As a bank, we have chosen to provide full benefits to our existing and new Savings Account customers by giving them up to seven per cent in interest on all savings as we celebrate our 50th birthday,” said NBK Chief Executive Wilfred Musau when announcing the offer.

Banks are now hoping to sell off to new owners who can navigate the rough waters, or merge with other lenders to ensure success.

Jamii Bora Bank has been looking for a strategic buyer to pump money into the lender and insiders say it has attracted the interest of one private equity firm, a local lender and telecoms company.

The bank’s strength is in stock financing through the Boresha Stock loan, which has seen retailers and wholesalers of fast-moving goods get weekly facilities to satisfy customer demand.

Kenya has had a history at leveraging the seemingly risky small and medium-sized enterprise sector as witnessed by the success of Equity Bank and the expansion of CBA, which piggy-backed on a partnership with Safaricom to crack the market with a minimal branch network.

With privatisation of State corporations in full gear, Consolidated Bank is also shopping for a new owner to pump in Sh3.5 billion for a major stake.

“The Sh3.5 billion has been targeted to address various requirements for CBKL as per our compliance, funding and growth strategy,” said Chief Executive Thomas Kiyai.

The lender has a total share capital of Sh2.7 billion. Of this, Sh1.6 billion is fully paid for by present shareholders.

Analysts say this is a desperate move that shows the underlying problem of the rate cap in that small banks are walking on thin ice.

Even with the removal of the deposit rate cap in the law, the banks are finding it hard to survive because the little they could get from cheap deposits is also fleeing.

“Look at Consolidated Bank, it’s ultimate acknowledgement that the dropping of the interest rate floor is hurting the small banks and they are being forced to raise debt outside of deposits to prop their assets books,” says Deepak Dave of Riverside Capital.

Consolidated, which sunk into a Sh404.9 million net loss for the period ending September from Sh301 million loss last year, has been struggling to remain liquid.

National Treasury, the majority shareholder with a 77.9 per cent stake, has also thrown in an additional Sh500 million shareholder loan from taxpayers’ purse.

This helped the bank to shore up the its capital as it awaits the outcome of  the privatisation bid. The loan helped the lender to stay at 20.8 per cent liquidity - just marginally above the 20 per cent required by Central Bank of Kenya.

NBK, recently linked to a takeover by KCB, has for a time based its strength on banking the Government and being a preferred State lender that can secure huge deposits.

However, its future is in limbo given that KCB has opted to buy Imperial Bank, a troubled lender in receivership.

As its liquidity wears out paper thin, NBK is facing a crisis as Sh4.2 billion bailout money from principal owners delays and bad loans pile up.

Four economic measures the next government should take
The Kenyan Shilling appears to be on the ropes.
Opinion
By Isaac Kalua Green
1 day ago 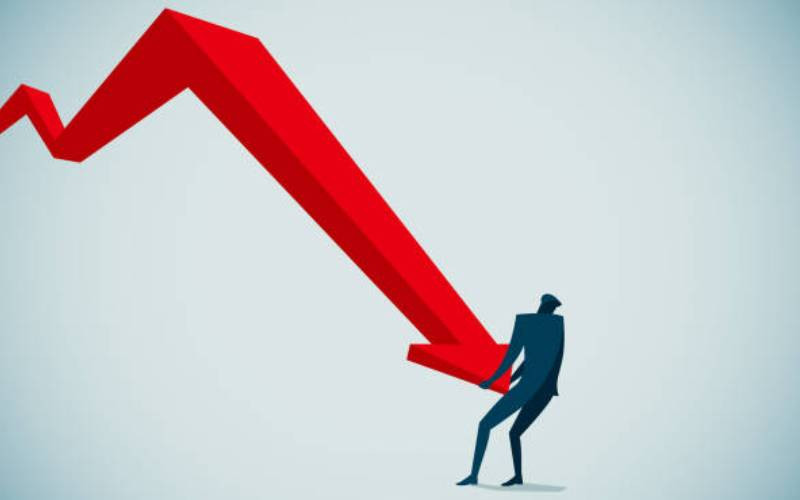 No, 100 days won't be enough to sort out our economy
The front runners: Azimio’s Raila Odinga and UDA’s William Ruto are promising miracles in their first 100 days.
Opinion
By Mike Nyagwoka
1 day ago 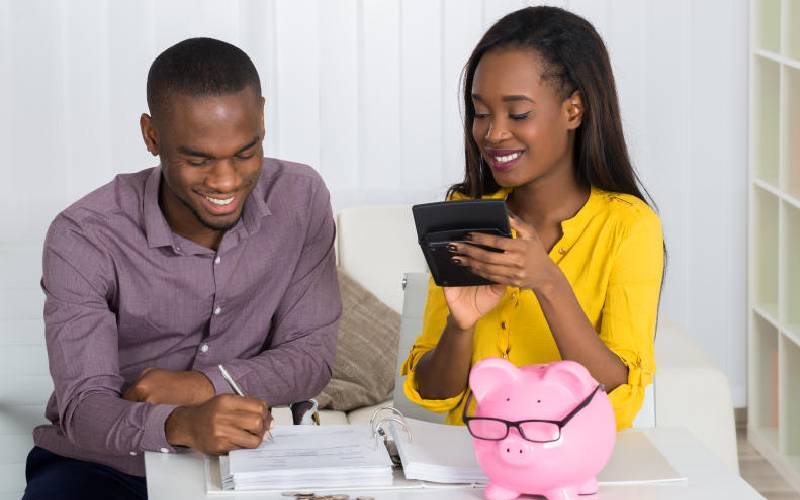 Premium Half of Kenyans say mobile loans eroding their savings
Use of mobile money hit a historic high in December last year where Kenyans transacted Sh622 billion through mobile phones.
Business
By Frankline Sunday
6 days ago
.