Kenya Kwanza Alliance presidential candidate and his running mate will decide whether to participate in the upcoming presidential debates.

Hussein also accused the Media Council of Kenya of being biased against the alliance following its recent report showing that journalists prefer working with Azimio La Umoja coalition than their coalition which he said is not true.

“The role of Media Council is to ensure compliance of regulations by media companies and journalists, they should come out with data showing that our rivals are getting more coverage than us, instead of issuing statements that are unsubstantiated,” said Hussein.

He said it was not the work of MCK to do a poll on which political side was preferred for coverage and it was wrong to quote a simple misunderstanding during the coalition's National Delegates Conference to say journalists were uncomfortable covering them.

Hussein said early this year, two journalists from The Standard Group and Radio Africa Group were assaulted at ODM party headquarters and Kenya Kwanza Alliance has never done such a thing to journalists.

He said it was unfair for some media houses to pretend to be fair in the current political contest while they were not and that it was high time they came out openly to state which side they support.

“We are not saying that we must get coverage from any media house, but if any is siding with any political side it should come out and declare its stand,’’ he said. 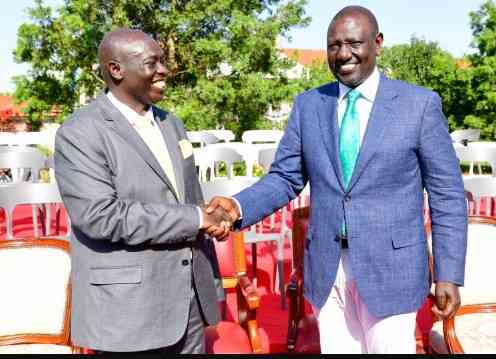 Premium When 'Jah' reference was declared devil worship in schools
National
By Nzau Musau
47 mins ago
Standard Group, matatu owners in deal to give passengers access to newspapers
Business
By Esther Dianah
48 mins ago
Wanyama set to leave Major Soccer League side CF Montreal
Football
By Mike Kihaki
1 hr ago
Some of the family businesses that have collapsed in Kenya
Money & Market
By Standard Checkpoint
1 hr ago
.

By Esther Dianah 48 mins ago
Standard Group, matatu owners in deal to give passengers access to newspapers