We have rigged economic, political systems and we shall pay the price

By Patrick Muinde | 7mos ago 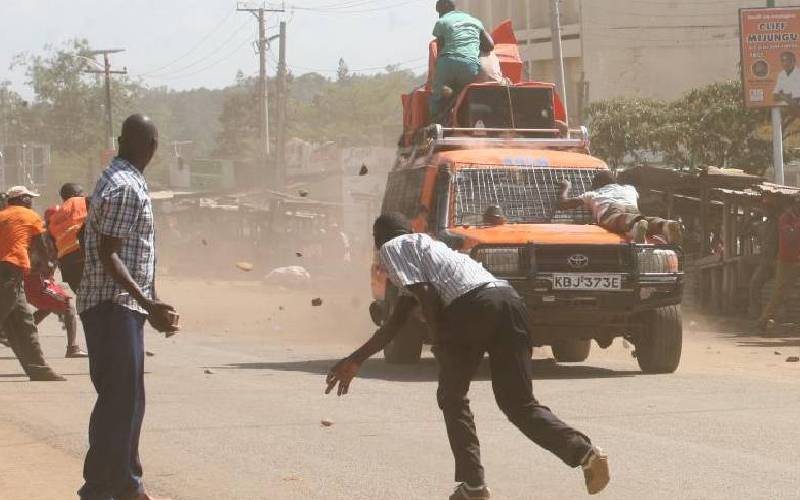 The Kenya Economic Report of 2021 by KIPPRA, the Government’s macroeconomic think tank gives a synopsis into the troubles of the country’s poor masses. Two key indicators have been shared widely on media: that approximately 4 of 10 Kenyans could not afford rent and an estimated 6.2 million people were pushed into poverty over the Covid-19 season.

A third key indicator not circulated is that the Manufacturing sector contribution to Gross Domestic Product averaged eight per cent between 2018 -2020. This is a drop from a contribution of 9.2 per cent in 2016 and on the negative growth side of the ‘BIG 4’ agenda target of 15 per cent by 2022. Simply put, two of the Jubilee administrations priority targets have gone down the drain. Of course the fate of the other two on food security and universal healthcare anybody’s guess is as good as mine.

These indicators have set my mental faculties rolling and three questions have troubled me: One, can a young boy born in Nyalenda, Kisumu East dream of starting and owning a bank in Kenya and trust this dream will be realised in his own country?

Two, can a young girl born in a remote village in Mandera hope of becoming the president of her country and get the necessary support structures to actualise her dreams? Three, can another girl born in Kaza Moyo village in Kwale County envision revolutionizing heathcare provision in her community and get the supporting infrastructure to live her dreams?

If the country’s political and economic institutions cannot provide a bankable assurance to these young boys and girls, then the nation’s future can only best be described as a time bomb. As the citizens of this great republic prepare to exercise their sovereign will in a few months’ time, these questions must be the burden in our thoughts and minds.

A few days ago, I hailed a cab from Eastlands to Kiambu road and got the surprise of getting a lady driver. It is a bit rare to randomly get lady uber drivers. In fact, this was the second time I got one.

The first time was in Mombasa after a late night flight down to the coast in December last year. This is not to insuate that there is anything wrong with ladies venturing into the fields traditionally dominated by men.

The gist of my story is the conversation we wondered into over my one-hour trip to Kiambu. As it turns out, the choice of her residence was a critical matter in her industry. Given that she has to drop home late and leave early in the morning, she could only rent a house next to a main road. Otherwise, her security will be highly compromised. So her current residence was somewhere along Waiyaki way and just about the road.

Even with that, she was currently battling another nightmare of planning for her safety during and after the August 9, 2022 elections. Yes, she will vote in Nairobi but immediately jump into the next bus with her children to her village in Gusii land. Apparently, she has heard enough of her husband’s horror stories after the 2007, 2013 and 2017 elections in her current area of residence.

I have had my personal experiences over these past three election cycles. In 2007, I almost became part of the statistics of police brutality within Ongata Rongai area, Kajiado County. In 2017, post-election skirmishes spilled over next to my neighbourhood. As I rushed over to close the main gate one evening, my then four-year-old daughter asked me a question that gives me nightmares todate: ‘Baba tuta do nini sasa’?

While I tried my best to assure her it will be fine, am not sure I ever convinced her. But to this date, I still wonder if I can truly protect her from our bouts of post-election violence should they breach our imaginary sense of hope.

However, the question that must prick our national conscience more is why a nation must suffer such high economic price and senseless loss of human lives every so often? Since when did the exercise of the sovereign will of the people on the ballot become a crime?

Tragically, whether by design or acts of omission by those vested with the instruments of power, the nations economic and political institutions have been rigged against those that espouse integrity, meritocracy and just systems. For instance, in the ongoing campaigns the cost of running for any political office has been pegged so high such that only those born in privilege or with access to State resources or dirty money can run for office.

With opaque election financing frameworks and accountability structures, resourcing to run for public office becomes a major entry barrier for persons of integrity and professionals. This has been worsened by the wide spread pervasive culture and handout mentality on the part of the electorates. It is amazing how even very literate people will demand coupons, food stumps and enlist a candidate in all sorts of fundraising activities simply because they have offered themselves for elective positions.

Economic systems never habour any vacuums. The money spend in campaigns must surely come from somewhere. If the voter demands bribes in exchange for their votes, can they also equally demand for openness and accountability from those who bribed them into office? Who will safeguard the institutions and infrastructure to support the boy and girls I alluded to earlier to realise their dreams and ambitions?

How will a seasoned professional who truly espouses meritocracy, values and ethics find a chance to bring their skills and competences into elective positions? If competent and honest people have no support structures to overcome the barriers to entry created by extractive political systems, how shall productivity be enhanced in the economy? Who will oversee sound and robust policies that can assure sustainable growth and development?

There can never be any other way for an economy other than to right the things that make of an effective and sound economic order. If any economic system cannot facilitate the most innovative and talented within its ranks to thrive, the inevitable outcome can only be stunted growth and development.

Resources within the economy get grossly misallocated and eventually the economic order rewards mediocrity instead of meritocracy.

A good starting point is righting the nations’ leadership. In a country that claims to be a democracy like ours, the political systems must assure that good men and women can have a fair shot in any elective office. Only by getting the right people into our echelons of power can the nation find sound policy instruments and effective systems to execute them.

As indicated here before, constitutions and laws alone are not enough to assure only good leaders get to power and positions of influence. There must be willingness on the part of the citizens to go the extra mile to protect societal values and order.

In this regard, the poor voting masses must as a matter of necessity sour above the clouds to exercise their will free of any form inducements. Economic history has proved beyond any reasonable doubt that no extractive political regime can defy a united and focused force of the people driven by national conscience.

Finally, to the perverted minority that exploits political and State power to profit themselves and their cronies, we cannot tire to remind you that power is transitory. Equally, the same way economic systems do not allow vacuums, so also do they have their own limits of endurance.

Whether anyone likes it or not, there is simply a red line beyond which any society will revolt against political and administrative injustices.

Endangering livelihoods for the poor masses and closing windows of fair economic opportunities for the middle class are sure triggers. The 2021 economic report from the governments’ own think tank points to a systemic trend towards these triggers. We must be warry of the times!

By Andrew Kipkemboi 25 mins ago
Premium To move Kenya forward, Ruto should uproot the old order