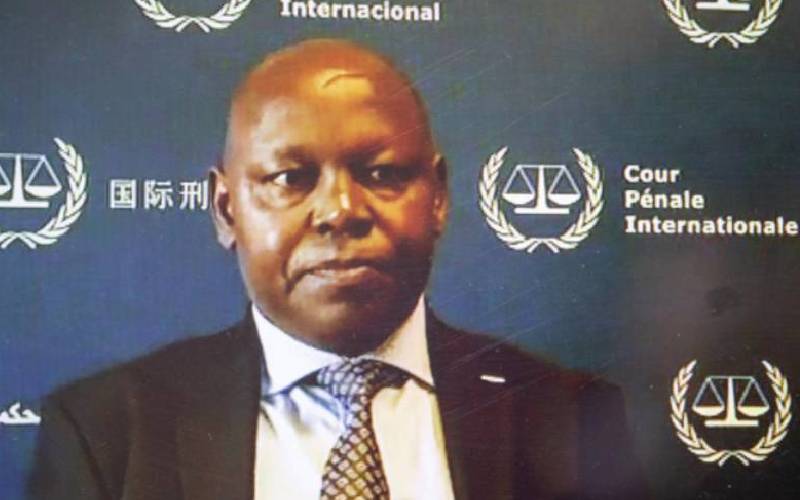 At least 12 witnesses are expected to testify against lawyer Paul Gicheru.

International Criminal Court prosecutor says that he will present six Kenyans who will testify as to how they were corruptly influenced by the lawyer to recant their testimony against Deputy President William Ruto and journalist Joshua Arap Sang.

At the same time, Justice Miatta Maria Samba will also hear testimonies from three investigators who will narrate how they investigated the case.

The prosecution will also present an analyst who will give context to the court. However, this witness the prosecution says he or she will be produced on a necessary basis.

The last batch of witnesses will be expert witnesses who the prosecution says will be two or three.

“At present, the prosecution plans to call approximately 12 to 13 witnesses to give

oral testimony at trial. Apart from the three expert witnesses mentioned above, the prosecution does not foresee the need to call further expert evidence, nor to jointly brief experts with the defense,” deputy prosecutor James Stewart disclosed in his latest court filing.

According to Stewart, there is a possibility of bringing three more witnesses they are currently investigating and are believed to have been among those who were influenced to recant their evidence. This will bring the total number of prosecution witnesses to approximately 16.

The prosecutor says it requires 57 hours to present its evidence. This includes a direct examination of the witnesses it intends to call.

Assuming the court permits Gicheru a similar time for cross-examination, this would bring the total duration of the Prosecution case to 122 hours, or approximately 27 court days.

“However, the prosecution believes that the above estimates for direct examination may be significantly reduced with appropriate use of rule 68(3) to introduce into evidence the prior recorded testimony of certain witnesses,” he continued.

“In particular, the evidence of witnesses P-0800, P-0613 and P-0536 and the investigators could be curtailed by approximately half to two thirds if their relevant prior recorded testimony were admitted.”

The prosecution will rely on records of investigators communicating with witnesses, audio and transcripts of people involved in the network to influence witnesses, telephone data which includes text messages and contacts, and bank records of witness P-0397.

There are also recanting affidavits, experts and analytical reports, and public source material.

“The prosecution is currently reviewing the approximately 420 non-testimonial

items already disclosed and recorded in its pre-confirmation list of evidence determine more accurately which items of evidence it will seek to rely on at trial and the means by which they will be tendered into evidence. The number of items may be further reduced depending on the pending statement of agreed facts,” Stewart stated.
The prosecution also says that all witnesses will testify in person uncles if changes are done due to Covid-19.

Kenyans have had enough of increases in the price of petrol which invariably makes their lives more unbearable.

Businessman Jimi Wanjigi has urged Kenyans to vote out all Members of Parliament for failure to cushion them against economic shocks.