PLO Lumumba once said, “Our country must morally re-arm. We cannot run a country where virtue is vice and vice is virtue.” Dr Ezekiel Mutua, while at the helm of the Kenya Film Classification Board (KFCB), found his heartbeat in this truth.

Some regard him as old fashioned, intolerant and proud “moral cop” as he is widely described. Another stream sees him as a prophet, a gatekeeper and exemplary moral champion. Such is the great divide that is his legacy. A great chasm separates those who endeared him and those who jeered him.

His leadership style was more biased than balanced. As cultural architect, he perceived Kenya as being in a sorry state of moral disrepair that urgently needed a radical moral rerouting. An intentional forward-with-the-roots rather than back-to-the-roots approach saw him lauded on some fronts as constructively progressive. But his kind of progressiveness was seen as inhibitive by those in the liberal school since their creative wriggle room was constrained.

But to Mutua, creativity happens within stated boundaries. He supported some forms of artistic innovation but deconstructed others that seem to defiantly push the boundaries. His romanticisation of traditional African values made him unapologetic when he engaged what he saw as systemic invasion of negative liberal western values.

While balance is good, bias is sometimes necessary, especially when it comes to such demographic segments as youth and children. To thrust them into a space of profit-driven institutions and popularity-hungry creatives is irresponsible. Some content creators have been heard to say that they have no intention of being role models for children. This upsurge of a severe profit focus demands an equally tough compliance marshal. A regard for children propels pronounced protectionism. If Mutua’s cop-hood is seen through these lenses, his commitment to sober content is redeemed.

He was not shy to list his successes – like the lizard in Things Fall Apart that praised itself after jumping from the high iroko tree because no one was found to celebrate its achievement. His friends were silent. His foes were loud. He could be more a victim of loneliness than wrongness.

He was a lonely crusader with his faith for fuel. But faith seemed enough company for him. He made an express connection between his faith and his clean-up effort, which informed his overt expression of faith in the cause of his work.

Mutua’s open confession of faith was celebrated and critiqued at the same time. Those who believe in the potency of a professed faith admired him. They saw him as unashamed of his faith, a boldness that spoke to their reluctance and cowardice. One the other hand, those of the latent school favour a more plain-clothed fruit-over-speech witness. These saw Mutua as exposing himself to haters of religion, giving them a reason to mount an attack that would make his work difficult. One publication described him as deputy “Jesus.”

This evangelist-like style became a point of irritation for many who would prefer a more secular approach where religious values are active in a silent way. But Mutua’s school of thought did not promote punctuations between faith and his public work. He favoured a straight line style. His frequent citation of Rev Martin Luther King Jnr points to a key person who models his workplace style.

It was his non-negotiating stance that attracted most reaction. This seeming inflexibility was unfriendly to the increasing population that leans towards the liberal school. Though he wanted to be perceived as progressive, his moral policing generated the opposite image – a rigid thinking that was hostile to creativity. He came across as funnelling creativity and opposed free inspiration.

Managing the complex paradox around propagating traditional values and while encouraging free innovation is not easy for anyone. Mutua gave this challenge a passionate and memorable attempt. His tenure has made gains that only a Mutua-kind of poise would achieve. As long as the ‘C’ in KFCB stands for “classification”, standards will always remain inevitable and their enforcement will always necessitate compliance. People may prefer self-moral regulation but the risk of hedonistic tangents makes external regulation inevitable. Clean content is not a privilege. It is a right that even the little children must be certain to enjoy.

There are conversations that only one with clear convictions would have the courage to steer. No wonder the values articulated in our Constitution seem to have slow and reluctant disciples. Operationalising them implies the readiness to embody them. If Mutua’s story is anything to go by, this is not for the faint-hearted.

He was not perfect. But there was a perfection he was seeking. But when his story is written, errors will not be his legacy. His Puritanism will. His puritan confidence was the premise of his clean content effort. The point of interest was not the high ambition but his faith that it was possible. Every day become a clean-up day. With all his errors and run-ins with artistes, one wonders whether Kenya in its moral-desert State does need more puritan-oriented leaders.

It is ironical that a man who publicly pronounces himself as a champion of faith and integrity would himself come under investigation on claims of inappropriate utilisation of funds. Before the work of moral champions is celebrated, such champions will be marked as obstacles for stumping out. But the circle of life will always bring a society back to the point of realising that it is impossible to exist without a thorough moral sense. Moral calibration is inherently inescapable for any person, institution and society.

Aydin's controversial departure lifts lid on the politics of deportation

Aydin is the latest foreigner to be deported from the country. Foreigners facing deportation are arraigned at Milimani Law Courts on a daily basis. 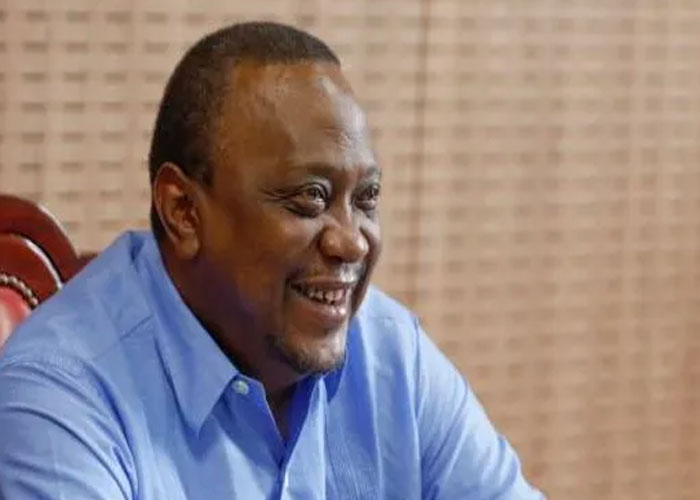