A presidential directive issued a fortnight ago over the issuance of title deeds on a disputed 56,000 acres in Narok County has hit a wall as one of the clans moves to court to stop the process.

It is a situation likely to affect 7,000 members of warring Maasai clans in their bid to get a share of the Ntulele adjudication section.

The section that was declared in 1970 has been a source of conflicts between the populous Purko and minority Ildamat and Keekonyokie clans, which has led to bloodshed for the last 40 years, making it difficult for demarcation.

Last month, a delegation went to see the president who gave a 21-day ultimatum for demarcation to be done and title deeds issued to the residents, oblivious of the pre-existing court orders.

Watch out for my song that will expose corruption- Senator Ledama

Maasai leaders in unity talks ahead of next year elections

Following the directive, Lands Principal Secretary Nicholas Muraguri and top lands officials toured the area and later joined Governor Samuel Tunai in pledging to implement the presidential directive, terming the move as a milestone achievement to reconciling the three clans.

The development, however, took a new twist on June 11, this year when the aggrieved Ildamat clan, through their advocate Kamau Kuria filed a petition at the High Court in Nairobi, seeking to stop the presidential directive, citing unfairness. Attorney General Kariuki Kihara and Dr Muraguri have been named as respondents.

In the petition certified as “very urgent,” the Ildamat claimed the adjudication sections had been tampered with thus contravening their rights.

“We act on behalf of the 608 members of the Ildamat clan who jointly with others from Purko and Keekonyokie clans own the 56,000 Ntulele Group ranch whose total membership is 2,222 according to adjudication section completed in 1981,” read the petition in part.

Mr Kuria insinuated that the president must have been misled on the matter since the group ranch had a court order.

“Our clients are saddened by the discovery of the fact that your officers at Narok land adjudication offices have not informed the president of the impending suit and existing orders issued on February 10, 2009, stopping the exercise,” added the petition.

The petitioners also said that by failing to inform the president of the true facts about the issue will make him appear not to respect court orders, which sought a temporary stoppage until the matter was heard and determined.

The Ildamat, however, decried that the case has been dragging in court through successive regimes of Chief Justices.

“On December 18, 2012, then Chief Justice Willy Mutunga appointed Justices Roselyn Wendo, Anyara Emukule and Abigail Mshila to hear and determine the case. However, the matter has never been heard since then,” said Kuria.

The Narok Land and Environment Court Judge Mohammed Kullow, according to Kuria, had informed the parties to wait for the then Chief Justice David Maraga to appoint a three-judge bench to hear the case on October 5, 2020, but it never happened until Maraga retired.

They now want Madam Chief Justice Martha Koome to establish the three-judge bench to hear and determine the case.

The Ildamat, in their over 20 demands, want to get an equal share as other 2,222 members in the 56,000 acres. They also want the November 26, 1992 notices purportedly creating new adjudication sections namely Nkorienito, Iloioborlungung, Oltepesi, Shilare, Ntulele (Ildamat) among other sections such as Olosholepunya and Olenkumei be declared null and void for being unreasonable and arbitrary.

They further want the purported September 26, 1986 sub-division of the parcel of land comprised in the Ntulele adjudication section amongst Ildamat, Purko and Keekonyokie clans to be declared illegal, null and void.

With the introduction of fibre made boats in the lake, he says many people are shifting to modern boats for fishing and transport.

By Wainaina Ndung’u | 7 hours ago 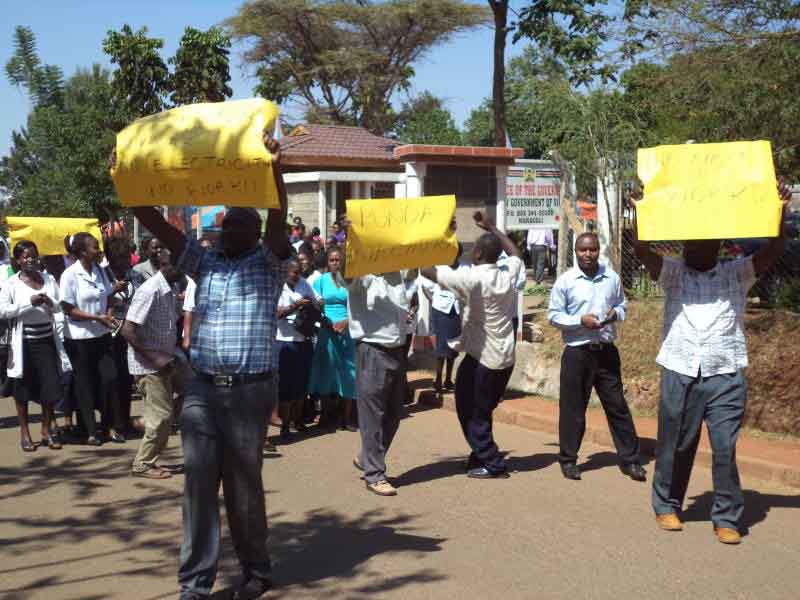