How William ole Ntimama shared out Sh2b wealth of land, cash and houses 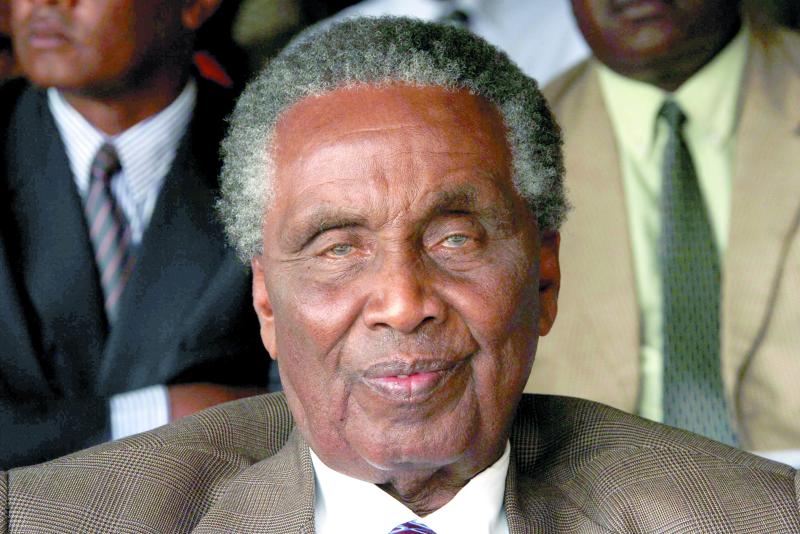 In his final will, veteran politician and former minister William ole Ntimama (pictured) directed that his property in London should not be sold but handed down his descendants.

The property is part of a multi-billion-shilling portfolio that Ntimama wanted to be protected for his children and grandchildren.

In his lifetime, Ntimama chaired the Narok County Council for 15 years. He then served in government as an MP and a minister for 25 years before taking a back seat in politics. He died on September 1, 2016, aged 88.

In a will filed before the High Court in Narok, the patriarch directed that none of his Sh2 billion properties should be sold to outsiders. Instead, he directed that these should be passed down from one generation to another.

“I wish to state that all my property in land must not be sold out completely either in part or the whole. My heirs or my beneficiaries should hold onto the properties bequeathed to them in the course of their lives,” the will dated June 12, 2015, reads.

The former politician’s interests were mainly in land, real estate and some Sh112 million he had accumulated at Britam Holdings Limited.

Ntimama bequeathed his house in Lavington to his wife, Dorcas Perdelia Ntimama. After Dorcas, Ntimama directed that the house goes to the couple's last-born daughter, Vivian Talash Ntimama.

However, the Lavington House will now be inherited by Talash’s children. Talash died in February this year, at 40.

Ntimama also wished that after part of his wealth was used to settle his debts and pay for his final sendoff, his wife would inherit 352 acres of land in Mara and would thereafter pass it on to Vivian.

He also willed that Vivian takes care of her mother.

“In consideration, I instruct my daughter Vivian Talash Ntimama to make provision of her mother’s upkeep, comfort, and maintenance, pay for her mother’s medical expenses, and generally take care of her mother’s cause of life,” the will stated.

Ntimama bequeathed his son, Timothy Tempes Ntimama some 468 acres in Narok while Sanaipei and Amos Ntimama were to equally share 367 acres in Mara.

Sanaipei was also bequeathed another property in Lavington.

“The same must be shared equally among the four starting from South to the North,” states the will.

At least 33 per cent of another piece of land under Moran Safaris Limited was left to Lydia, his son Amos and Semerian.

Ntimama also owned a house at Narok named Maa Towers. He bequeathed 33 per cent of this to Sanau, Timothy and Terry Ann.

“In the event any of these beneficiaries is deceased or is unable to obtain the vested interest, then a gift shall be paid to his or her children, who if any is a minor, the same shall be held in trust for them until they are of mature age in equal shares,” stated the will.

It continues: “If any child of mine is deceased or is unable to obtain the vested interest leaving no child or children living, then the share of residue which such a child of mine would have taken shall be distributed among my surviving children.”

Ntimama left his wife 50 per cent of his benefits held by Britam Insurance while the other half would be shared among his seven children. His wife was bequeathed all benefits in a second account at Britam.

He stated that his children and wife were free to decline the share he had awarded them as long as this did not affect what other siblings received.

Moreover, Ntimama directed that in the event a dispute arose, his family must seek arbitration instead of rushing to court.

“Any award shall be final, binding and conclusive upon the parties, subject only to appeal on questions of law. Notwithstanding and foregoing, the beneficiaries shall before undertaking the aforementioned arbitration submit all disputes, claims, and or controversies to a mutually agreeable mediator in an attempt to informally resolve the said disputes,” Ntimama wrote.