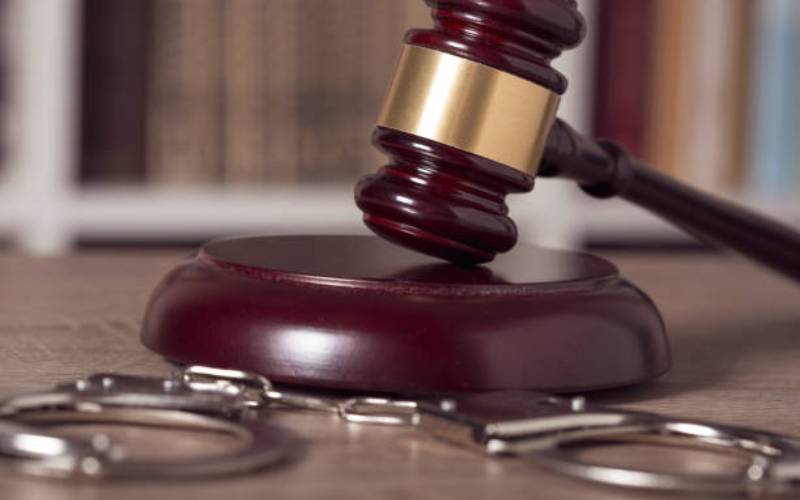 Four men who trespassed into a piece of land associated with President Uhuru Kenyatta have been detained for two days.

The four, the prosecution said, trespassed into the land located in Karen and started searching for beacons.

Nairobi principal magistrate Jane Kamau allowed police to hold Mohamed Muhammud, James Opere, Jonah Tuuko and Samakin Lesingiran to allow police time to conclude investigations on how and why the men trespassed into the property.

“They will be detained at Muthaiga police station until Friday after which they will be released on a police bond of Sh30,000 each to allow police complete investigations,” ruled Magistrate Kamau.

State prosecutor Fredrick Kimathi had asked the court to allow police to detain the four suspects for seven days to allow investigations into an alleged fake title they were using to claim the president’s land.

According to the prosecution, the four went to the land located along Windy Ridge in Karen, Nairobi, on January 3 without the owner’s authority and started searching for beacons to sell the parcel.

“They were arrested by officers from Karen Police Station and after interrogation, there is reasonable suspicion that they are in possession of a forged title which they are using to lure unsuspecting members of the public to buy the land,” Kimathi told the court.

He told the court that even though the land’s owner was known, there was another “fake owner” with a forged title that was being circulated and investigators wanted the four suspects to assist in identifying the source.

Kimathi added that the investigators are closing on other people who might be behind the alleged scheme to grab the land and want the four suspects to assist them in identifying them.

In his affidavit to support the application, the investigating officer, Lawson Shuma, swore that the four suspects are directly connected to other accomplices who are still at large and that their detention will enable him to recover the forged title.

“It will be appropriate to investigate the motive behind the forcible entry into the land noting that it is a property of a prominent leader who we do not wish to disclose his name due to security reasons,” swore Shuma.

But lawyer Danstan Omari who represents Opere and Tuuko argued that the prosecution is aware the land belongs to the president and should not hide his identity to punish the suspects.

According to Omari, it is not true that the suspects invaded the land intending to sell it to unsuspecting buyers and that the state does not need seven days to establish the people behind the alleged land grabbing.

“These are small people who could not get access to the land owned by the president because it is guarded throughout. They are people who were just walking along the road next to the land and were wrongly arrested on suspicion that they were checking the beacons,” said Omari.

He added that it was not fair to punish the four when they cannot trespass into the president’s land and that the state has the machinery to find out who the real grabbers are.

The magistrate agreed with Omari that it will be unjustified to detain the suspects for seven days and directed that the matter be mentioned on January 12 for further directions.

Coastal, Northern counties to benefit from relief food from Kuwait

The 40 tons of relief food is part of the mitigation efforts to alleviate the drought situation which has been experienced in the said regions.

The first leg of the League Cup semi-final between Arsenal and Liverpool on Thursday has been postponed due to a severe outbreak of COVID-19.