Parliament fails to stop case on its dissolution 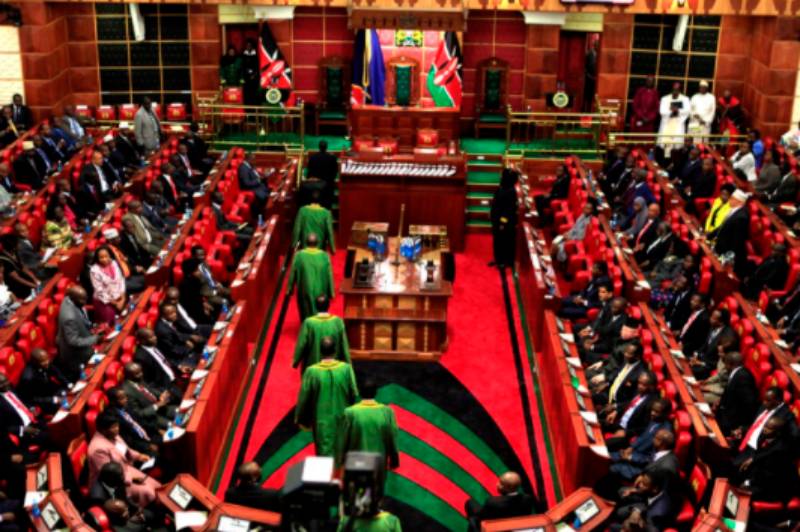 Parliament has lost a bid to stop a bench appointed by Acting Chief Justice Philomena Mwilu from hearing a case on dissolving the House for failing to enact the two-thirds gender principle.

Justices Lydia Achode, Pauline Nyamweya, George Odunga, James Makau, and Anthony Ndung’u ruled that the DCJ acted within the law when she assigned them the duty to determine the dispute that arose after former Chief Justice David Maraga gave the advisory to dissolve Parliament.

According to the judges, it was hypocritical for both the National Assembly and the Senate to expect Justice Maraga to constitute the bench when it was his advisory to the President that they are challenging.

“It is contradictory for them to demand that the CJ should not be biased when appointing the judges to hear the case while at the same time opposing his decision to allow his deputy to appoint the bench,” ruled the judges.

The judges stated that a man cannot be a judge in his own case and since the CJ was sued as the first respondent in all the ten petitions challenging his advisory opinion to the President, it was justified for him to delegate the duty of appointing the bench to Justice Mwilu to avoid suspicion of bias.

They ruled that although the Constitution mandates the CJ to appoint a bench on an uneven number to hear matters raising weighty constitutional questions, it is an administrative duty that can be delegated to the DCJ in the absence of the CJ.

They said that being a substantive party to the case, Justice Maraga could not perform the function of appointing the bench without compromising the principles of fairness and equity for all the parties.

“Even though the former CJ would not be the one determining the case, any right-thinking person would conclude that he wanted people to rule in his favour by personally appointing the bench,” ruled the judges.

The judges stated that the DCJ is the principal assistant to the CJ who is allowed to act on his behalf in performing any administrative action and that Justice Mwilu’s action was proper, constitutional, and in accordance with the law.

They said that the rule against the perception of bias dictates that a man cannot be a judge in his own case and that any judge who is a party to any dispute must always allow other judges to take charge to avoid claims of bias.

“We find that the objection by Parliament on the composition of the bench lacks merit and is dismissed. However to avoid future similar disputes, specific rules should be put in place to allow the DCJ to appoint a bench in cases where the CJ is a party,” ruled the judges.

Justice Maraga created the storm in September last year when he advised President Uhuru Kenyatta to dissolve Parliament for refusing to enact the two-thirds gender principle despite four court orders for it to pass the legislation.

His advisory opinion was challenged by several petitioners including the National Assembly, Senate, and the Attorney General

BBI Journey: Bill to be introduced in Parliament as leaders drum up support for it

Covid-19: Magufuli should stop living in denial and act

God, he told a church congregation, had 'removed' the pestilence from Tanzania.

Medical officer implicated in defilement of a minor commits suicide

The body of Bonface Mongare was found dangling from a rope in his house by his colleagues after he failed to report to work.

By Gardy Chacha | 2 hours ago