By George Njunge | 1yr ago

Ex-Nairobi Governor Mike Sonko's application for bail in his robbery and assault case has been deferred to January 9.

Some lawyers representing Sonko informed The Standard that they were being sent on a wild goose meaning they did not know what exactly was going on behind the scenes.

Kiambu principal magistrate Stella Atambo had directed that Sonko be brought before her for ruling on the bail application.

Sonko was charged that on May 25, 2019, at Buruburu Phase four in Kamukunji jointly with others not before court forcibly and violently entered into land number Lr Nairobi block 78/8, the property of Landmark International Properties.

Sonko faced another count of assault causing actual bodily harm. It was alleged that on May 25, 2019, at Buruburu phase four in Kamukunji jointly with others not before court unlawfully led a group of men and assaulted Alex Kioko thereby occasioning him actual bodily harm.

The prosecution objected to Sonko’s release on bond and bail. 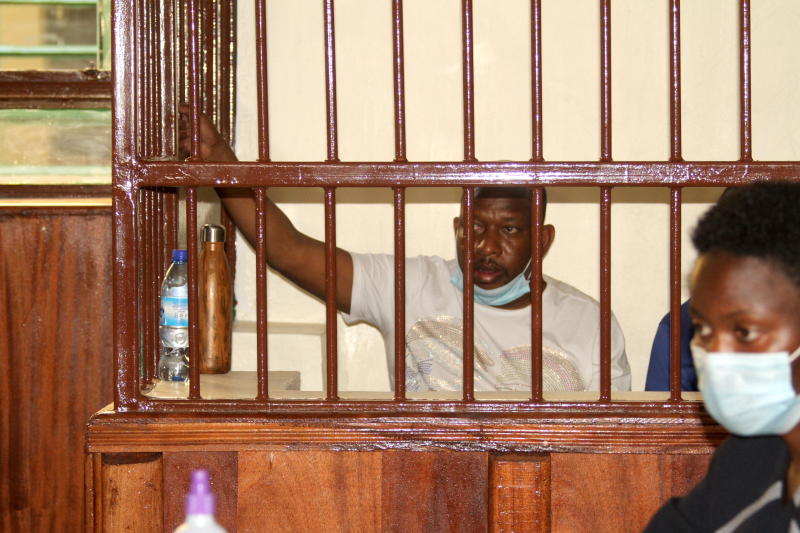 In their affidavit, the prosecution said that Sonko was a flight risk and that he would interfere with the witnesses in the matter.

The court was informed that the ex-governor had previously failed to attend court.

The court was informed that Sonko had immense support in Nairobi something that put him in a position to interfere with witnesses.

The lawyers who were representing Sonko put up a spirited fight to punch holes in the affidavit.