President Uhuru: Murunga was a diligent servant of the people 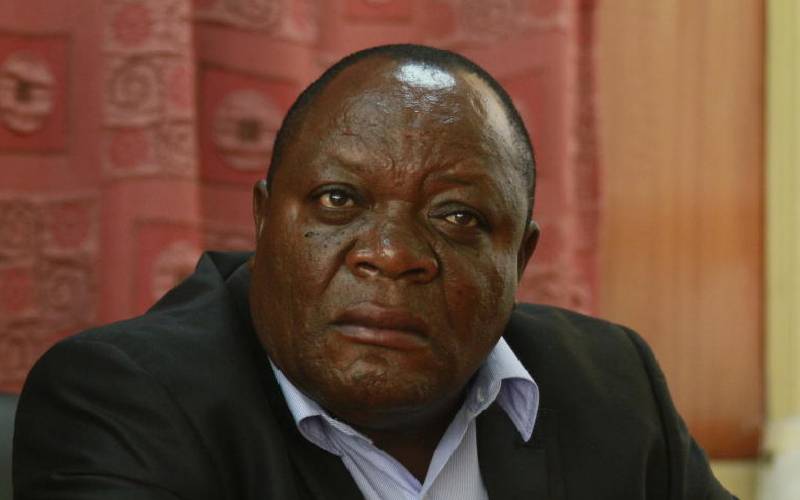 President Uhuru Kenyatta has sent a message of condolence to the family, relatives, friends and residents of Matungu Constituency following the death of their MP Justus Murunga (pictured).

In his message of encouragement, President  Uhuru eulogised Murunga as a diligent and industrious servant of the people who dedicated his energy to improving the welfare of the residents of Matungu Constituency.

“In this hour of sorrow, I convey my deepest sympathies and heartfelt condolences to Hon Murunga’s family, relatives and the people of Matungu Constituency. My thoughts and prayers are with you,” the President said.

The first-term opposition MP is reported to have died last evening on his way to the hospital in Mumias after collapsing at his rural home.

The Head of State wished the family of the departed legislator, relatives, friends and residents of Matungu God's fortitude as they come to terms with the loss of their leader.

Murunga was discharged on Thursday after being admitted at Aga Khan Hospital in Kisumu for two weeks with hypertension and diabetes.

The lawmaker has been recuperating at his rural home until on Saturday evening when he developed breathing difficulties.

The body of the MP has been transferred to Lee Funeral Home in Nairobi as per the request of the Parliamentary Service Commission which will handle the legislator’s burial.

Speaking to KTN in Matungu, County Woman Rep Elsie Muhanda thanked PSC for taking over the burial to make sure the MP is given a befitting sendoff.

She said the date of burial will be announced at a later date after consultation between PSC and the family.

“We will have a committee in Parliament and we will consult and decide on the date,” she said.

Meanwhile, the family of the late MP’s has dismissed reports doing round in social media that Murunga’s mother passed on just a day after his death.

The family urged members of the public to ignore the reports, saying Murunga’s mother is alive and well.