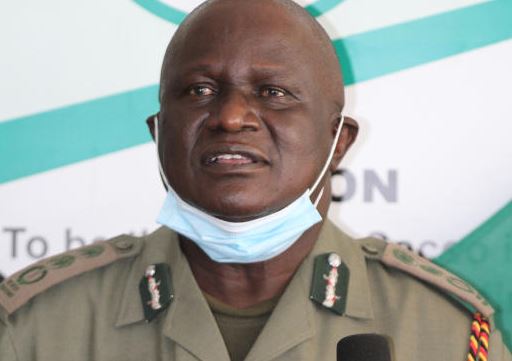 At least 1,700 prisoners have tested positive for Covid-19 and three have succumbed to the disease according to data provided by the Kenya Prisons Service.

Wycliffe Ogallo (pictured), the Commissioner-General of Prisons, regretted the department had lost three patients to the infection.

The data also showed that of the positive cases, 1,000 had recovered while others were undergoing treatment.

“In Kamiti, the inmate who died had cancer and the one from Kericho Prison had diabetes and hypertension. We also lost a staff member who was diabetic,” the prisons boss said when he appeared before the Senate Health Committee. "Prisons can become home to any of us, let us use any opportunity to improve their conditions."

Ledama ole Kina, the Narok senator however claimed that the statistics provided by the prisons service were ‘suspect.’

The Kenya Prisons Service (KPS) boss was responding to concerns that penal facilities could be overwhelmed as the country struggled to bring the virus under control.

This followed reports in October that Industrial Area Remand Prison was closed following increased cases of Covid-19 among prisoners. Around the same time, Kericho prison was placed under lockdown after 48 inmates tested positive for the virus.

Nominated Senator Falhada Dekow had sought a statement concerning cases of Covid-19 infections and the general preparedness to deal with the pandemic in correctional facilities.

MPs also wanted to know if there were any funds allocated to prisons to deal with the pandemic.