Executive has last laugh in cash row with David Maraga 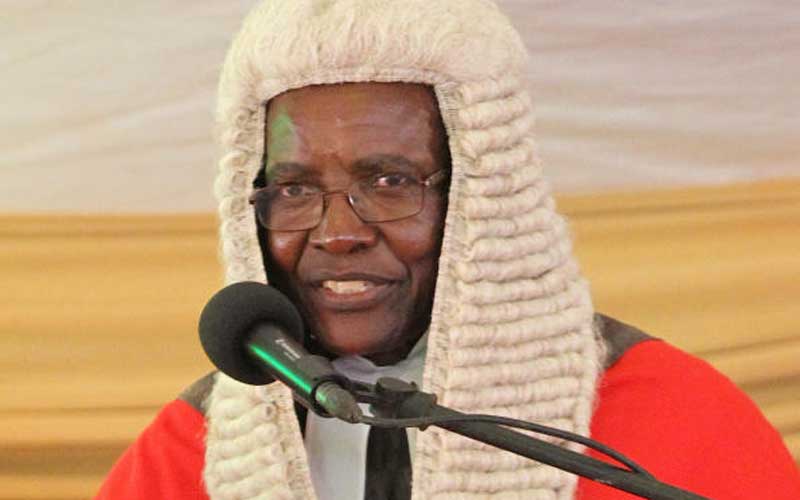 A one-hour closed-door meeting between Chief Justice David Maraga (pictured) and President Uhuru Kenyatta failed to open the cash taps for the Judiciary, which is struggling to survive on a lean budget.

A senior judicial officer told The Standard that Maraga’s meeting with the president might not yield anything.

In his plea to President Kenyatta on Thursday, Maraga argued that with the country’s budget of Sh3 trillion, Judiciary should be allocated at least Sh75 billion. He said each county would have a courthouse in 10 years if Treasury allocated the Judiciary Sh5 billion per year for development.

“It is not demanding too much. Out of a budget of about Sh3 trillion, give us just 2.5 per cent and we will dispose of cases within two years of their filing. Give us a development vote of about Sh5 billion per year and we will construct courts across the country in 10 years,” he said.

Currently, there are 38 ongoing court constructions, 17 of which are funded by the government and the rest through a World Bank loan facility that expires later this year.

According to the CJ, in some courts, people follow their cases through the window while other courthouses are dilapidated.

“Here in the Supreme Court we have an old building. We were to build a courtroom in Milimani. Others are proud of their institutions. I wonder whether we can proudly say this is our Supreme Court,” Maraga told Uhuru.

Reports indicate that the National Treasury is unwilling to commit itself on the construction being financed by World Bank at Sh11.5 billion.

In 2018, part of the loan- Sh5 billion- had been advanced and an additional Sh2 billion was expected to have been disbursed by December the same year.

But Treasury, which had guaranteed the loan, is yet to work out the release of the balance, yet the agreement expires this year.

“The repercussions for this are unimaginable, with a flood of incomplete projects across the country. World Bank funding through which 29 of the projects are financed expires in December and there seems to be no willingness to extend it,” the CJ said in last year’s address.

The deal between Kenya and World Bank ends this year, and there are 21 incomplete courthouses. The CJ has been pleading with Parliament to allocate funds to finish the projects.

The main casualty of a shrinking budget for the Judiciary was ICT whose Sh400 million allocation has been scrapped. On Thursday, Maraga said the Judiciary is among the few government institutions that have not gone paperless. And this, he said, has led to cases of disappearing files.

“Kenya Power sends us bills through SMS. If I want to file tax returns I sit in my house and send them. That is not the case with the Judiciary. I therefore urge the concerned institutions, to ensure a fairer balance in the allocation of the limited resources,” he said.

Cancellation of health insurance for all judges and other staff last year was the first pointer of a cash-strapped Judiciary.

The relationship between the Judiciary and Uhuru has been frosty. The President has cited injunctions by court as one of the reasons why the country has no more money to allocate the Judiciary. He said that major government projects had stalled because of orders from the courts.

Among the projects that Uhuru cited was the Sh12.6 billion police vehicles leasing tender, which was quashed last week. Justice John Mativo ordered the Interior ministry to go back to the drawing board as it had breached procurement regulations.

With his retirement fast approaching the CJ’s big headache is  how to speed up the wheels of justice. With 400,000 cases being filed each year, he needs at least 41 new judges at the Court of Appeal.

In the lands court, the case backlog stands at 17,833. According to the CJ, cases in that court can only be heard next year as the 2020 calendar is full.

In the labour and employment court, the case backlog stands at 13,264, while the backlog in magistrates’ courts stands at 425,161 cases.

“Beyond the numbers of the men and women who toil to resolve filed cases and serve justice seekers in the court registries, judicial capacity is also badly hampered by inadequate financial resources and infrastructure,” said the CJ.