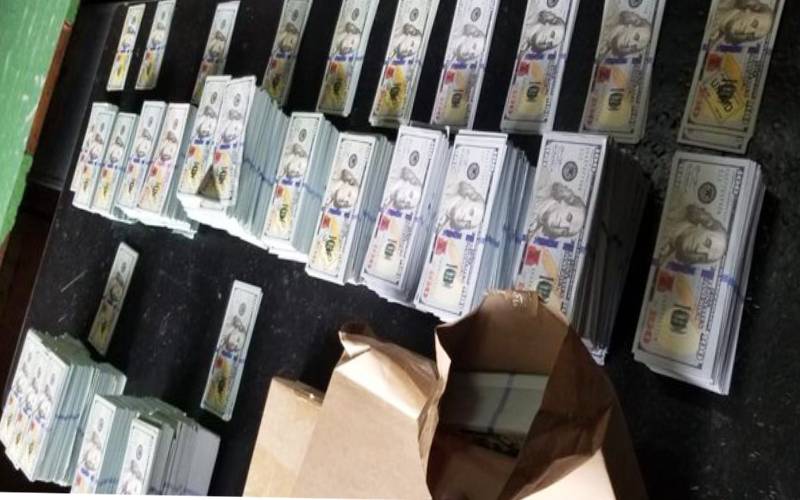 More than $15 million fake money was seized from a room at Eden House Flats in Pangani Shopping Centre, Nairobi.

The DCI stated that a 29-year-old suspect identified as Yassin Ahmed was arrested.

The officers were acting on intelligence.

Detectives stormed the house and conducted a search upon which a black bag with the fake money was recovered.

The money was confiscated and the suspect placed in custody pending arraignment.

Officers from DCI Starehe are pursuing the case. They believe Ahmed is involved in the printing and distribution of fake money.

The incident rings close to a September 29 case, where police stormed a popular club in Kilimani, Nairobi, and seized fake 1 million US dollars and 147 fake gold bars.

Kinoti said Kenyans and foreign nationals must ensure that they conduct proper due diligence on the person(s) they intend to engage in the gold buying business.

The police boss said foreigners should first contact the Department of Mines and Geology for procedure that pertains to buying and selling of gold and other precious metals.