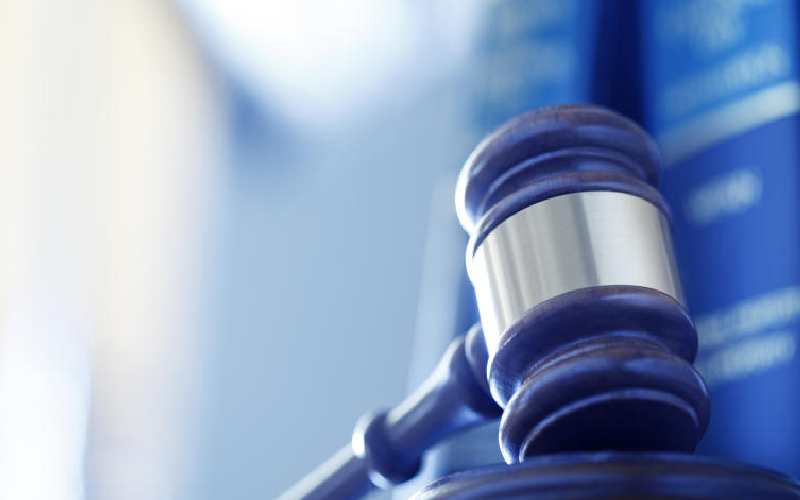 A pair of eyeglasses has cost a senior Kenya Revenue Authority (KRA) manager his job.

Amos Kitavi, who was a supervisor, was kicked out of KRA on June 26, 2018 after an investigation on documents he had produced from Optica seeking Sh35,000, which he claimed to have used to purchase a pair of eyeglasses for his son.

He sued and sought to be reinstated, but the court sided with his former employer, saying he was given a fair chance to rebut claims of forging a reimbursement receipt.

In his case, Kitavi testified that in April 2017 he bought eyeglasses for his son at Optica and was issued with receipts, which he used to claim refund.

Thereafter, he received a letter from KRA alleging that the receipts he used to claim the refund were fake. He was then taken through a disciplinary hearing.

He contended that he was not given a fair hearing because the alleged fake receipts were not produced.

Kitavi claimed he personally took his son to Optica at the IPS Building along Kaunda Street, Nairobi, and was served by an unknown gentleman.

He said the glasses were collected a day after the payment but denied that there was a place to sign acknowledgment.

Kitavi maintained that the alleged fake receipts were issued to him by Optica after paying for the glasses around April 4, 2017.

“The reason for the termination was not valid and the procedure followed was not fair. KRA has since suspended Optica from providing services to its employees,” he testified.

KRA's investigator Aggrey Amadi told the court that during his investigation, he discovered that Kitavi used fake receipts to claim the refund.

Amadi testified that Optica denied that it had issued the receipts to Kitavi.

“In view of the said admission by the claimant and the evidence by Amadi that the payment of Sh35,000 to the claimant was founded on fake receipts, I find that the respondent has proved on a balance of probability that the reason for terminating the claimant’s services was valid,” ruled Justice Onesmus Makau (pictured) of the Labour Court.

Woman gets Sh1.4m for unfair sack

How a 10-second video clip sold for over Sh600 million

Kisumu stares at drop in revenue in new order