Francis Loile Polis Lotodo was one of a kind. He put his tribe’s interests ahead of everything else. He was an ultra-conservative and stubborn stickler for adhering to traditions perceived to be repugnant in a modern Kenya. For example, he believed that cattle rustling (outlawed in Kenya) was part of the Pokot culture, and he was ready to be jailed for his opinions.

His rigid traditional opinions often antagonised other Kenyan communities. In 1993, he went on record as having given members of the Kikuyu community an ultimatum to leave Pokot District or face eviction by the locals, accusing them of denying the Pokot their livelihood. He targeted the same community before the 1997 General Election. He reportedly instructed those who had settled in West Pokot to “go and vote where they were born”. Several independent human rights bodies, including the Institute for Education in Democracy, the Catholic Justice and Peace Commission and the National Council of Churches of Kenya, cited this as an election malpractice.

This behaviour not only cost him a Cabinet post but also landed him in jail. He, however, changed his stand in 1998 after Moi placed him at the forefront of brokering peace between the Pokot and the neighbouring communities comprising the Turkana, Samburu and Marakwet.

As Minister for Environment and Natural Resources, Lotodo defended the illegal allotment of Karura Forest in Nairobi. He also defended his contradictory position, saying that unlike the Kaya Mwache Forest, which lies at the Coast, Karura was situated in a multi-ethnic area. Nobody, he said, “shouted” when Karura was dished out.

When the issue was discussed in Parliament in 1998 and MPs insisted that he degazette the Karura allocations, Lotodo stated that “when it comes to degazetting Karura Forest, maybe another minister will do that. I will not revoke any allotment come what may!”

In 2011, some 11 years after his death, the Daily Nation published an article saying, “The Pokot hold him in awe even in death — and those who saw his style of fiery and fearless leadership describe Francis Lotodo as a man who gave his all for the people he led.” 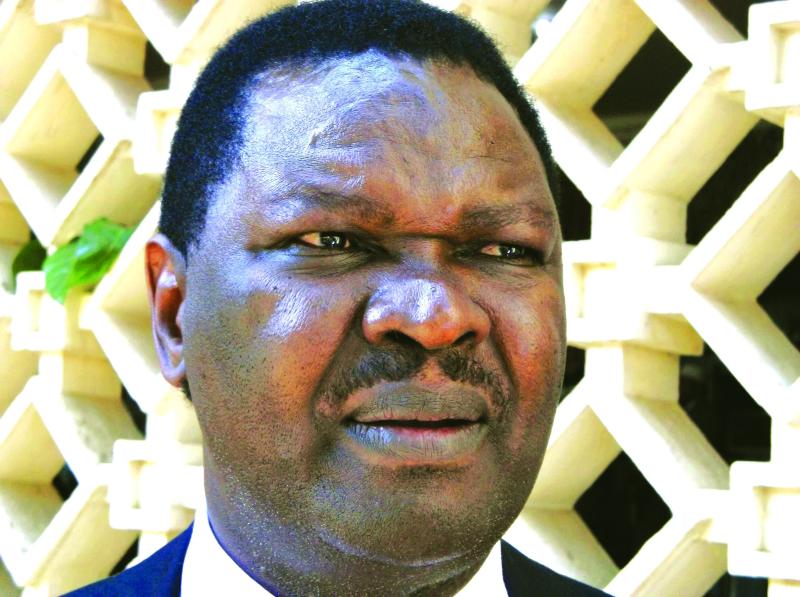 The humble three-bedroom rural abode of newly-appointed Minister for Sports and Culture, Francis Mwanzia Nyenze, became home for a night for President Daniel arap Moi during a two-day tour of Kitui District in the days when mere proximity to the President was a ticket to power.

Nyenze, then in his late 30s and serving his first term as Member of Parliament for Kitui West Constituency, was rendered speechless when Moi called to inform him that he planned to tour Kitui to meet with KANU party branch leaders, inspect Government projects and hold public rallies in Kitui and Mwingi, and that after the first leg of his tour he would spend the night at Nyenze’s home in Kyondoni Village.

Nyenze, who had just been transferred from the Ministry of Environment to Sports and Culture in an earlier Cabinet reshuffle, drove to State House in a panic that same afternoon to beseech President Moi to consider spending the night elsewhere because he did not have a good enough house to host him. As related by Nyenze’s wife Edith, who was then the principal of Kyondoni Girls’ Secondary School in Kitui, Moi responded that he had no intention of changing his plans and that he was perfectly happy to sleep in Nyenze’s rural home no matter what state it was in.

Happily, according to the Sunday Nation of 17 December 2017 headlined ‘When Moi Spent the Night at Nyenze’s Three-Bedroomed House’, a team of top Government officers from both State House and Office of the President was sent off to refurbish the residence, an exercise that involved a fresh coat of paint, new furniture, new cutlery and even a telephone hotline to ensure the President was accommodated in accordance with his status.

There was speculation as to why the President had chosen the humble home of a fairly junior politician at a time when Kitui had many senior leaders, including Kalonzo Musyoka, George Ndotto and Nyiva Mwendwa, all of whom had magnificent residences compared to Nyenze’s modest dwelling. Political pundits saw the visit as a demonstration of Moi’s penchant for playing politicians against each other in order to destabilise them and keep them guessing.

During his time at the helm of the Ministry of Environment, Nyenze, who was charismatic, easy-going and jocular, was credited with strengthening the capacity of the National Environment Management Agency to effectively play its crucial role of assessing the environmental impact of development initiatives across the country. He frequently spearheaded ministerial initiatives to plant more trees and protect riparian land.

When he was transferred to the Ministry of Heritage and Sports in the politically charged year of 2001, Nyenze initiated policy to strengthen the capacity of the ministry to protect heritage sites in the country. Additional heritage sites were roped in for special protection by the Government. He also took significant measures to promote athletics and football in the country. 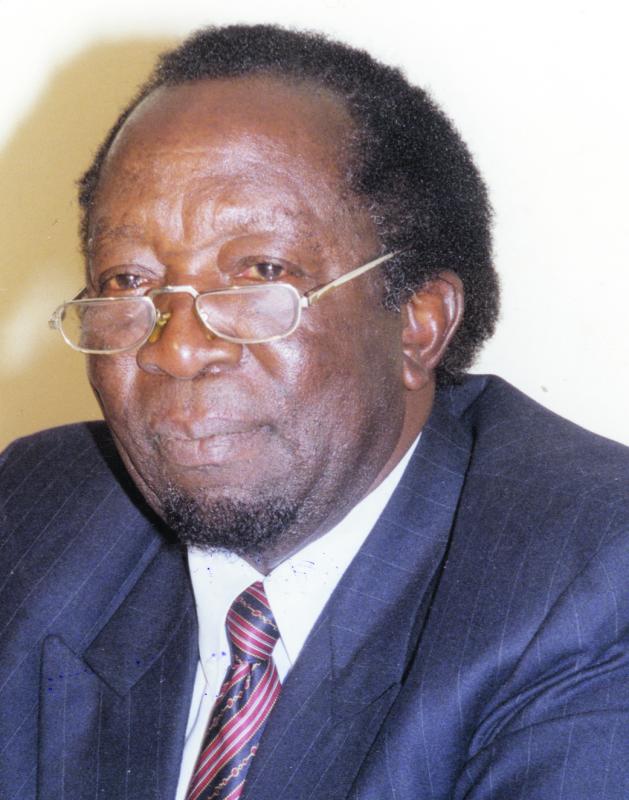 Francis Yekoyada Omoto Masakhalia, Kenya’s seventh Minister for Finance, went down in history as Kenya’s shortest-serving minister in this role under President Daniel arap Moi. He served only six months, starting his tenure on 27 February 1999 after working as Minister for Industrial Development and leaving in August of the same year.

During his short time at the National Treasury Masakhalia capped the engine size of cars driven by Cabinet ministers and permanent secretaries at no more than 1,800 cc. Large Mercedes Benz vehicles were parked at the Foreign Office, ostensibly to be used by visiting foreign dignitaries, while others were parked in Nairobi’s Industrial Area to be offered for sale through public tender.

But he was just implementing what his predecessor, Simeon Nyachae, had proposed in an earlier budget reading. However, Nyachae’s attempts to seize the big vehicles had floundered as politicians fought the initiative.

Masakhalia was a technocrat par excellence; a career civil servant who had risen steadily through the ranks of the civil service. With a doctorate in economic development, founding President Jomo Kenyatta had appointed him the first Chief Economist in the Ministry of Finance and Planning on 17 May 1972. He would be appointed Permanent Secretary in the Ministry of Economic Planning in 1980 under Moi.

Despite his experience and knowledge of matters finance, Masakhalia's stewardship at the National Treasury did not reverse the downward trend of Kenya’s economy. The shilling plunged from KES 62 to KES 74 per dollar, bank interest rates soared from 7 to 15 per cent and the Government defaulted on a USD 52 million (KES 4 billion at the time) foreign debt.

The default on foreign debt was later explained as “administrative delays at the Treasury”, a situation that could have been averted if the Minister had been a meticulous administrator. It was not surprising, therefore, that Masakhalia learned of his transfer to the Ministry of Energy via the (in)famous Kenya Broadcasting Corporation one o’clock news bulletin from his personal assistant.

As he packed his belongings, he told journalists that the Energy portfolio was equally challenging as it had a bearing on economic recovery.

“The six-month stint was not adequate for me to put in place economic policies, strategies and measures to get things moving,” he was quoted saying by the media. 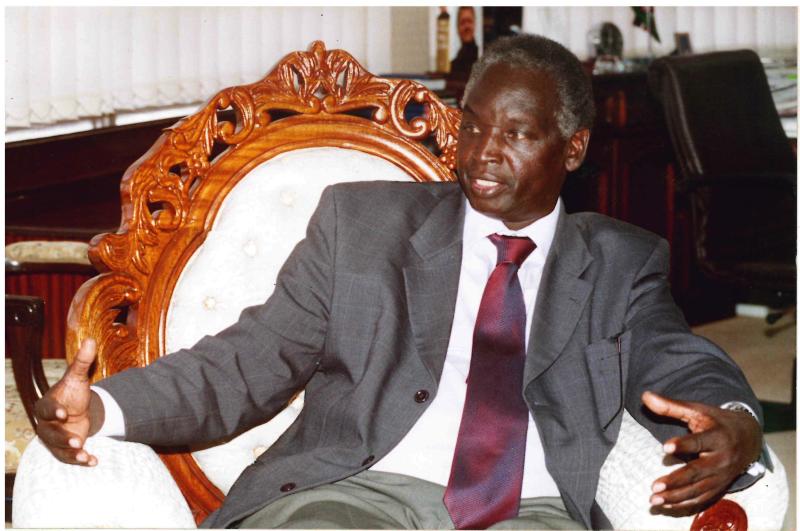 GEORGE KAMAU MUHOHO: Inspired by the desire to serve the people

George Kamau Muhoho, a one-time priest who rose through the ranks of the Catholic Church administration to serve as Private Secretary to Pope Paul IV, left it all behind to enter local politics and serve his country’s people instead.

He was ordained as a Catholic priest in 1963, the year Kenya attained independence, and served the Church in various administrative capacities. In addition to his service to the Pope, he was the first black African Papal Envoy to Brussels, Luxembourg, the Council of Europe and NATO. He was then appointed as the Pope’s emissary to Uganda during the reign of Idi Amin in 1972.

He speaks Latin, Spanish, Italian, French and German, in addition to multiple African languages. He thereafter served as Chaplain of the University of Nairobi in 1976. After 13 years in the Catholic Church, Muhoho quit his priestly duties and calling.

“I decided my life was not in the priesthood,” he was quoted saying in a 2004 news report. “I had always wanted to serve the Church at the parish level… when I joined the administration, I felt I wasn’t serving the people the way I wanted. It was not an easy decision. I had done a lot of soul-searching (and) took a week off to pray alone in my house,” he added.

In 1983, the priest entered politics and won the Juja Constituency seat. President Daniel arap Moi appointed him Assistant Minister for Education, later elevating him to Minister for Tourism and Wildlife in 1987. His political career was succeeded by a stint in the parastatal sector as Director-General of the Kenya Airports Authority during President Mwai Kibaki’s tenure.