“The Chamber notes the element of systematicity of the interference of several witnesses in this case which gives rise to the impression of an attempt to methodically target witnesses of this case in order to hamper the proceedings,” Judge Olga H Carbuccia and Judge Robert Fremr.

The above quote is from the majority ruling given by the ICC on August 19, 2015 in the case against the Deputy President. It is only after this ruling that the brouhaha on the ICC cases suddenly resurrected.

Only by reading the ruling can you begin to understand the sudden tempo and desperation to cast the court, the proceedings and the witnesses in bad light.

Kenya agreed and voluntarily submitted to the ICC after it failed to establish a local tribunal in Kenya to try those behind the post-election violence. Once the ICC received this request, the prosecutor opened investigations.

It is for this reason the ICC prosecutor on April 29, 2015 requested the court for the statements recorded by witnesses by their investigators be allowed into evidence. The advocates for the Deputy President and Sang opposed this request.

The ICC trial chamber assessed the recorded statements of the witnesses, one by one, before deciding whether or not to allow the Prosecutor to rely on the statements.

The prosecutor’s request before the court was to rely on six statements. One of the statements was by a witness who after recording his statement disappeared. Neither the ICC prosecutor, nor the government of Kenya could trace him. The ICC Trial Chamber allowed this request.

The court allowed the use of these four statements by the Prosecutor. It was satisfied that these witnesses had been interfered with and this was the reason for the change in their accounts. Systematic witness interference and the methodical targeting of witnesses. That is the significant fact that weighed on the court when it gave its ruling on August 19, 2015.

Two of the judges observed that there had been a systematic interference with witnesses in order to hamper the trial.

One of the judges writes of the complaint by the lawyer of the Deputy President of external interference with witnesses. An individual from Kenya, pretending to be working for the Deputy President’s legal team, had contacted prosecution witnesses asking them to “come home” or not to testify.

Deputy Speaker Kembi Gitura said that language barriers and speculations on the divergence of the Chinese and Kenyan cultures was undermining the already existing relationship between the two countries. 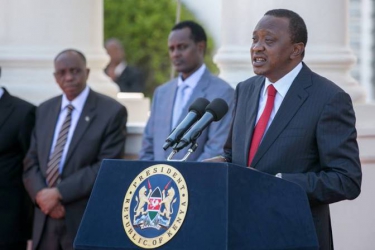 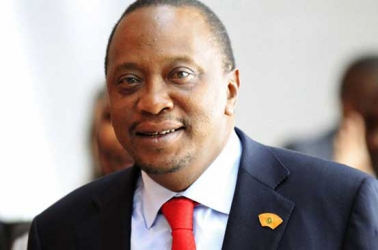