OPINION: Why Raila will not sue Miguna

Few people know the tribulations of being a public figure.  We read about public figures every day, their words and deeds, their wives and children, friends and accomplices, but rarely do we stop to understand the psychological toll that comes with living one’s life under such public exposure.

Defamation is an ugly dimension to this public scrutiny.  It inflicts a painful emotional hurt to an already vulnerable victim.Not many of us know the disconsolation that is caused to one who reads inventions made against their loved ones, and misrepresentations made of their relationships with friends and accomplices.

It is therefore understandable when the common and knee jerk reaction of any subject of defamation is to take out legal proceedings in a court of law.  The subject of the defamation craves to vindicate their character and restore their honour and that of their loved ones.   They want it pronounced publicly that the allegations against them are untrue and that the writer has maliciously inpugned their character and invaded their most sacred privacy.

A defamation suit has become such a popular assumed panacea to libel and slander that it is now infact expected of everyone who claims their character has been defamed.

Those who followed the confirmation hearing at the International Criminal Court at the Hague last year will remember the cross examination of Hon. Uhuru Kenyatta by Justice Ekaterina Trendafilova, the Presiding Judge of pre-trial chamber II.

Asking Hon. Kenyatta about the allegations made about him by one Professor Kagwanja in an article written in 2002, she had only one question for the Deputy Prime Minister: whether he had taken out defamation proceedings against the learned professor for associating him with the outlawed Mungiki sect.  He said he had not.  That answer, as I analyzed after the session, would seal his fate in the confirmation hearing. And it did.

However, it should not have.  Defamation law suits are not acceptable knee Jerk reactions of public officials in a democratic society.  In fact, they are in the constitutional law of developed democracies largely outlawed.

And it is in consideration of the need to foster the nascent civil liberties we promulgated two years ago that the Prime Minister has decided that he shall not pursue any legal proceeding against the author of the recently launched publication against him.

This decision is based on one fundamental constitutional principle.

The Prime Minister acknowledges that abuse is a part of enjoyment of rights.  The exercise of any liberty carries with it the danger that it shall be abused.  This is actionable in almost all instances but for where the abuse occurs in the process of the scrutiny of a public official.

The famous American statesman James Madison, popularly referred to as “the father of the Constitution” and who became the fourth President of the United States, once wrote:

“Some degree of abuse is inseparable from the proper use of everything, and in no instance is this more true than in that of the Press”

It has been ruled by the Supreme Court of the United States of America that a Public Official shall not be allowed to sue for defamation even in the face of injury unless there is evidence of actual malice by the writer.

The U.S. Supreme court has approved a statement of law made by the supreme court of Kansas when it said

“It is of the outmost consequence that the people should discuss the character and qualifications of candidates and their suffrages.  The importance to the state and to society of such discussion is so vast, and the advantages derived are so great, that they more than counterbalance the inconvenience of private persons whose conduct may be involved and occasional injury to the reputations of individuals must yield to the public welfare, although at times such injury may be great”.

In explaining why these abuses have to be tolerated, the U.S  Supreme Court stated in Cantwell-V- Connecticut:

“In the realm of….. political belief, sharp differences arise.  To persuade others to his own point of view, the pleader, as we know, at times resorts to exaggeration, to vilification of men who have been, or are, prominent in church or state, and even to false statement.  But the people of this nation have ordained, in the light of history, that, inspite of the probability of excesses and abuses, these liberties are, in the long view, essential to enlightened opinion and right conduct on the part of the citizens of a democracy.  That erroneous statement is inevitable in free debate, and that it must be protected if the freedoms of expression are to have the “breathing Space” that they need to survive”.

The Prime Minister feels strongly that we must open a new chapter in the freedom of expression and of the press.  Without free exchange of ideas, this country will not move to become a first world country.

So critical is the freedom of expression to the development of the society that President Thomas Jefferson once remarked that if he had to choose between a government without newspapers and newspapers without a government ,he would take his chance with the latter.

The Prime Minister, as a champion of the rights in our constitution, has accepted to bear the hurt of defamation, rather than take any action that may discourage the advancement and expansion of the field of these rights.  The Prime Minister views the recently launched publication as “the  ugly thorns that grow on the bushes of the beautiful roses of freedom” .

This constitutional position taken by the Prime Minister  concerning the book and author in question should not be taken as a licence to any person, publication or media to repeat the scandalous and indecent sleaze retched by the writer or as a condonation by the Prime Minister of the same, nor as a discouragement of any person from vindicating their rights as against the author.

Paul Mwangi is the Legal Affairs Advisor to the Prime Minister

Transport in London is so smooth and travelers so disciplined that it is a veritable culture shock and rude awakening in equal measure to a typical Nairobian. 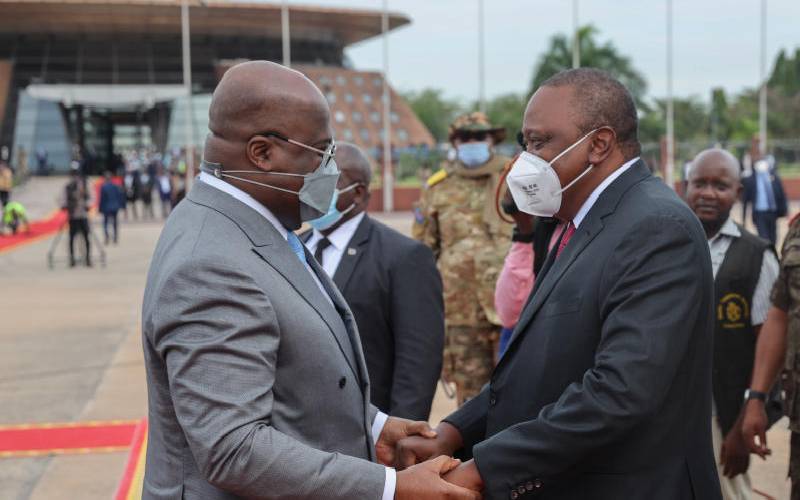 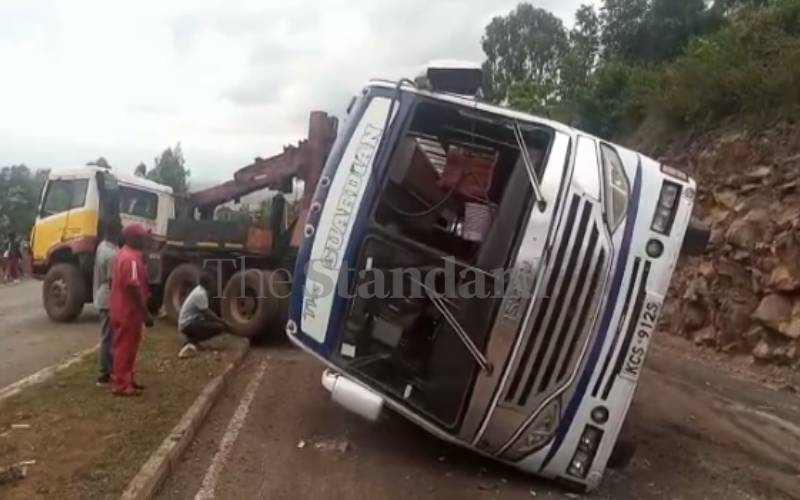 By Anthony Gitonga | 3 hours ago