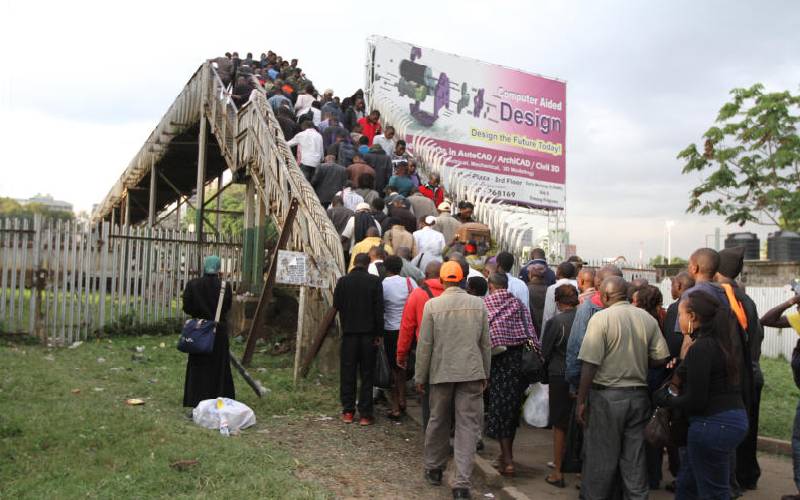 1,663 men died in the year 2018 as a result of prostate cancer, while 2,862 new cases were recorded. Data from the World Health Organization ranks Kenya at number 26 worldwide in deaths caused by prostate cancer.

It is difficult to get accurate national data because most data comes from Nairobi and other urbanized settings.

It remains the number one type of cancer that affects men with many factors associated to be causing it.

As per a report provided by Biomedcentral, a scientific journal publisher, it reveals that men of African origin have the highest rate of incidence for prostate cancer in the world.

The incidence of prostate cancer in African Americans is almost 60 percent higher and the mortality rate is two- to three-times greater than that of the Caucasian American men.

Dr. Gitobu Mburugu, a urologist says that prostate cancer is more aggressive in the Africans. However other factors have been linked to cause this type of cancer.

“It is mostly associated with age and becomes more common as one grows older. One may not die of it but you will end up with it. If you do a postmortem of people aged 80 and above most of them have a focus of prostate cancer that they may never have known of, “says Dr. Mburugu.

“A highly debated association is diet. Studies have shown that diet that is rich in animal products is associated with cancer, although it has not been proven so far that eating nyama choma will cause cancer,” adds the Dr. Mburugu.

Dr. Andrew Odhiambo agrees that it would be difficult to point out why exactly men get prostate cancer but age is the biggest contributor.

“If you took 100 men aged 80 and above who died as a result of other causes like heart attack and examine their prostate cells, 80 of them will be having prostate cancer cells in them yet they never knew,” says Dr. Odhiambo.

Mburugu points out that about 5-10 per cent of cancer is genetic meaning it is hereditary within the family. It is not common but it is an associated factor on why men get prostate cancer.

Odhiambo further adds, that sometimes people who have gone for radiotherapy or exposure to radiation for other treatments can be pre-disposed to getting cancer but with the new technologies in the country it is now safer for patients.

Common signs of prostate cancer include, blockages in the urine flow, one strains to push the urine out, one cannot hold their urine and it flows out to the pants, blood appears in the urine and in extreme cases the urine passage can block completely which becomes an emergency.

Dr. Odhiambo warns that once prostate cancer spreads one may experience back pain, bone pain and in a situation where the backbone becomes affected once could develop paralysis of the leg making them unable to walk.

He however insists that one should not wait until they are showing symptoms. If you have a family history of cancer then you should go for a checkup.

“Mass screenings sometimes fails to achieve the intended purpose. In order for prostate screenings to have meaning, it is important that a patient is taken through counselling to understand the pros and cons of it. A lot of people have prostate cancer that if they were left unfound they are much better than starting all the treatments,” says Dr. Odhiambo.

Survival rates are now higher of those suffering from prostate cancer. Improved treatment options being a contributing factor.

“We have all the treatment options available in the country. We have qualified surgeons in the country in case of surgery cases. We are yet to acquire robotic surgery techniques but they perform in a similar manner to what the surgeons do, “adds Dr. Odhiambo.

“Radiotherapy options are available in many hospitals now, hormonal therapies, chemotherapy and the latest technology being the PSMA PET scan which is very specific to prostate cancer.”

The Prostate Specific Membrane Antigen (PSMA) PET-CT scan is able to provide vital additional functional or molecular information, which significantly increases the ability or sensitivity of the scan to detect the spread of prostate cancer.

According to the American Cancer Society, death rates from prostate cancer have stabilized or declined in dozens of countries since the turn of the century.

The nexus between masculinity and men’s health-seeking behavior cultural and patriarchal norms have continually impacted the chauvinistic character of men with regards to their health.

As it is now more screenings are being done in the country to put an end to the cancer scourge. It is only wise that you sign up for the next checkup if you tick any of the highlighted symptoms or you have a family history of prostate cancer.

Previous article
Instagram scam threatens to close your account
Next article
Pregnancy made me hate my husband's voice, cooking