Childcare and house helps: Tales of women who can’t hold on to house girls

House girls have played (and continue to play) a very important role in the lives of most Kenyans. Each and every family has enlisted the services of these ‘domestic managers’ at one point or another.

It is interesting to note that these girls tend to be very close to women’s hearts. They, for instance, can afford to fall out of favour with the man of the house, but not the woman. Differently put, how long a house girl stays solely depends on how she gels with the woman of the house.

Many women have experienced a very high turnover of house girls, and can’t recall the exact number of girls they have had. This situation, of course, leaves one wondering, between the house girls and such women, who is the problem. Is it possible that over 20 house girls can be ‘bad’ or incompetent enough not to blend well with just one woman?

“There are women who just can’t keep a house girl, period!” retorts Mercy Mwilu, when asked to comment on the matter.

“I have an aunt whom I suspect has lost count of the number of house girls she has hired and fired. The longest-serving domestic servant she has had, stayed for two and a half months,” Ms Mwilu says. She proceeds to narrate about how petty her aunt is, terming her “a difficult woman to live and work with”.

“She is so impatient that if a help doesn’t do things, especially cooking, the way she likes, a sack becomes inevitable. That the ‘domestic manager’ has only been around for, say, a week or two, doesn’t matter. If she is a clumsy cook, she gets fired.

She always argues that hers is not a training camp. She just has no chills when it comes to househelps. When it comes to hiring and firing, she is extremely reckless,” Mwilu says.

But Mwilu’s aunt is not alone; she is actually in great company. Most people know at least one person who just can’t keep a house girls for long. A case in point is Mike Amunga. He says his neighbour has hired and fired close to eleven house girls in under four years.

“For the few years I have lived next to her, I have seen eleven different maids come and go. I have no clue why they never live there longer. On the outside, she is a great person. We are not that tight, but we talk quite a bit. However, we have never been that close to ask why she carelessly fires house girls,” says Amunga.

“I have lost count. Who can remember such? Unless you ask me how many I have had in the last three years.” That was the answer Dorcas Mwende, one such woman, gave when asked about the number of house girls she has had.

Without noticing the irony in her statement, she says: “These girls come and go. No woman with four or more kids like myself can recall the number. The shortest-serving house girl I had worked for a few hours. The day didn’t end, she whined that she couldn’t hack it. She complained that there was a lot of work in my house. Another one, I came home and found her missing, just after two days. And yet another one vanished in less than a week after she was told by neighbours that I beat up househelps.”

She proceeds to heap blame on the house girls, claiming that most are poor caregivers, incompetent cooks and cleaners and yet they demand high salaries, despite being given free food, shelter, medicare, entertainment and whatnot.

For others, flirting with watchmen, construction workers or neigbourhood boys is sufficient grounds for firing.

“I always check my house girls’ phones when they step out just to know what they are up to. I have had to part ways with a couple of them, especially when I discovered they were involved in naughty activities,” says Naomi Mburu, who tells this writer about her woes with househelps.

“I had to fire one — on the spot — when I discovered she was ‘having a thing’ with the butcher. House girls have to choose between work and dating. The moment I discover a help is engaged in other extracurricular activities, besides caregiving, I send them packing pronto,” she fumes.

Some of these women who fire house girls day-in-day-out tend to be very petty. They see these caregivers as lowly mortals who don’t deserve dignity. In their ‘unwritten constitutions’, a house girl eats and sleeps in the kitchen, is not allowed to sit at the dining or sitting room with the rest of the family and is not allowed to watch the family television.

Tales abound of house girls who get fired and have no clue what their mistake was. A house girl surnamed Wambo tells one of these writers how she was sent packing without any wrongdoing. While gossiping with her colleagues, they jokingly told her that her boss never keeps maids and true to form, she was fired just after three weeks and has never known what necessitated her sack. Others are fired on flimsy grounds as was the case with a certain Jacky’s sister. The woman sent her house girl packing just because she was beautiful and had drastically changed and improved her wardrobe.

Jackie can’t understand why her elder sister just can’t keep house girls. “My sister is a professional ‘hirer and firer’ of house girls. I can count like eight of them this year alone! She is always accusing them of this or that, and quarreling with them like kids. The last one she fired last week was accused of subtly seducing her husband with her new look and trendy dress code,” narrates Jackie.

These girls go through hell; some are reportedly subjected to involuntary HIV and Aids tests. And when they turn out positive, they are sacked and sent away unceremoniously.

Other employers take the nastiness too far. The other day, the industrial court in Mombasa awarded Sh1.27 million to a house girl who had been forced to watch her employer making love to his wife. The woman explained to the court how her employer had made several sexual advances at her, touched her suggestively and forced her to watch explicit movies with him. As if that is not enough, the accused had also forcefully taken pictures of the house girl as she took a bath.

As much as there are bad employers out there, we also have very nasty house girls. These are house girls who sexually molest children and beat them up at the slightest provocation. Recently, a video of a Ugandan nanny assaulting a child under her care went viral. If they are mistreating children, these rogue househelps steal and sell household goods with no care in the world.

Child care is a calling

Like other professions such as nursing, teaching and human resource management, childcare is a calling. For it to be done well, the house girl must have the requisite character traits, especially patience. Susan Muchiri says that women who fire maids often are not petty, it’s just that they are strict and to them the so-called ‘small things’ matter.

“There is one I had, she was perfect but for some weird reason, she could go for weeks without taking a bath. Another one was a bit lazy, but would have survived had I not stumbled on her serving my hubby breakfast in a lacy biker with her perky boobs dangling in her bra less t-shirt,” agonises Ms Muchiri.

“Her replacement was an even bigger scandal; I discovered she had been using toilet soap to clean utensils, and at times used any toothbrush she stumbled upon to brush her teeth! In a nutshell, I have fired countless house girls,” she says.

Carole Mwenje, a child psychologist, advises women to learn to keep the same house girl for longer. “House girls should be treated with respect, paid well and on time. It’s also important to deliberate issues with them maturely. When you show them love, chances are they will provide perfect care and love for your children like their own,” say Ms Mwenje.

She further advises that changing the help has far reaching negative effects on children. She says that considering these caregivers spend most of the time with children, changing them every now and then is a bad idea. She argues that children pick mannerisms, language, attitudes and behavior from the help and the inconsistency can have devastating effects on their development.

Some house girls last longer than others. For instance, a ‘shocking’ tale is told of 65-year-old George Kamau and his 61-year-old wife, Veronica Wanjiru, who have maintained their 51-year-old househelp, Priscilla Kanini, for —get this— the last 33 years! Just imagine.

Kanini has been involved in the upbringing of the couples’ four children in Kariokor, Nairobi. She began working for them in 1982, and four years later, she ‘accidentally’ got pregnant. But because she was hardworking and the best they had ever had, they let her give birth and live with them.

The couple ‘adopted’ her with her daughter, and supported her child as their own. They even educated her to university level (Makerere, in Uganda) where she graduated with a Bachelor of Social Sciences with a major in International Relations. As we speak, the family is set to marry off the 28-year-old, complete with a big wedding latter this year. Would you believe that?

However, this tale is one is a million. Most Kenyan women cannot keep a house girl for, err, well, a week! So much so that — and those keen on salon gossip can attest — when someone manages to keep the same house girl for a whole month, she celebrates and toasts to it or even, heck, throws a bash!

Next article
Photos: A look into Maureen Waititu's beautiful home
Next article
How to keep your house warm during the cold season
. 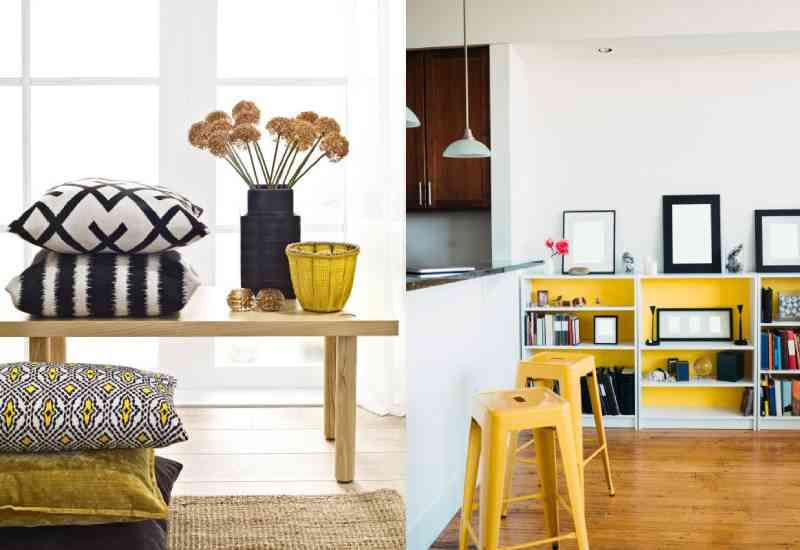 By Esther Muchene Oct. 21, 2022
Ways to give your home a budget makeover 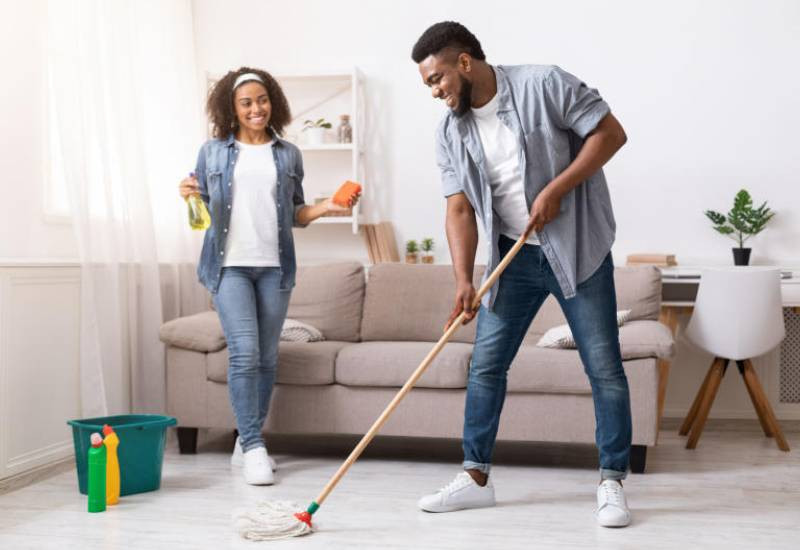 Six pointers to keep in mind when planning for pregnancy
Pregnancy
By Eve Writer
16h ago
As a parent, don't try to be an engineer; be a shepherd
Parenting
By Ainea Bolingo
17h ago
Easy recipe: Bunny Chow
Food
By Lolita Bunde
Jan. 25, 2023
For men, hot is way better than smart
Living
By Awuor Omino
Jan. 25, 2023
Understanding trauma bond relationships
Relationships
By Eve Waruingi
Jan. 25, 2023
.