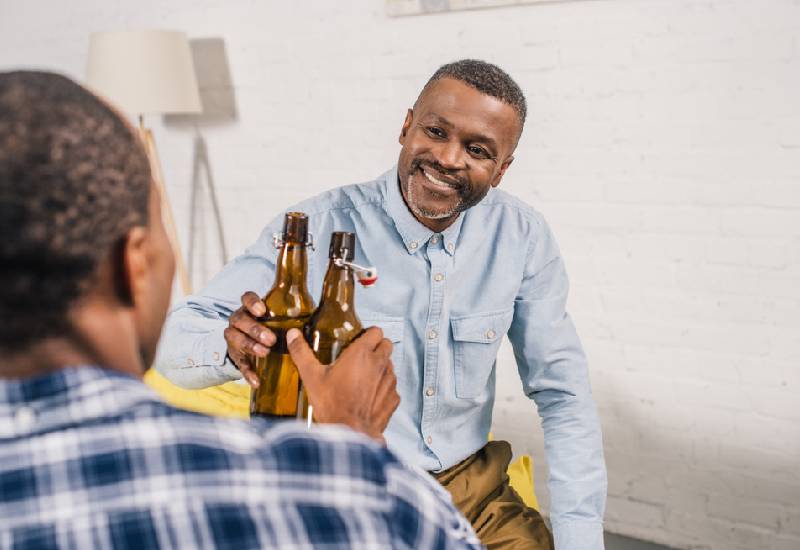 I have written many times on this space about my mother. But tomorrow being Father’s Day, maybe it is time I wrote a little bit about my late Dad.

Like many fathers and sons, we had a bit of a complicated relationship throughout his life. I suppose it all started with the simple fact that he did desert us for a bit when we were young.

It all began during my mum’s six month stay in hospital, following a serious cerebral episode. At the time, my Ole Man (dad) was a senior civil servant based in Kisumu.

Upon receiving the terrible news of his relatively young wife having suffered a life-threatening stroke that would leave her paralysed on one side, my father stayed put in Kisumu.

For months on end, our mom fought a solitary battle for survival in KNH. “I walked through the dark side of the valley of death,” she’d occasionally say in later years, “and came out only half-walking into the Vale of Life.” It was a dark joke, made more macabre by the fact that our father wasn’t there by her bedside – like those heroic husbands in newspapers.

Yet now that I’m older than he was when my mom got her ‘episode,’ I can finally understand his fear. How does your pretty, young wife – with three really young kids – go from whole to, what? How, if she passes on, do you bring up the young children alone?

My dad found the non-answer to his dilemma by developing a deadly drinking problem in the days and weeks and months that he stayed ‘run away’ by the lakeside town.

Yet my mum did recover and return to work. And my dad, who at the time had a comfortable salary, didn’t stay by the town by the lake and marry a strapping Luo lass and start a second family. He returned home, to Nairobi, to his stricken wife and bewildered children. Credit there.

It is also while our parents were away for those six months that I began making up stories, to compensate for the absence; so in a twisted way, I owe early creative sparks to my father.

But I have happy memories of the old man following his act of hiding away.

He did take us for a foreign trip for a month to Swaziland when I was in Standard One.

I do not remember seeing nubile lasses with pointy breasts or reed dances, just all of us, as a family, having a very colourful and happy Christmas period in Mbabane.

I remember him picking us from school in Standard Two in his smoky Citron, until the drinking and denting got it to be too dangerous, and both my mum and the headmistress forbade it.

My father was more an angry than a happy drunk – and folks who crossed him when he was in his cups would be threatened by the ominous line: ‘You should know I was the boxing champion in college – and if you don’t believe me, ask Professor Peter Anyan’g Nyong’ ...’

It’s true that my ole man and (now governor) Nyong’o were once college classmates.

But seeing as the good professor was in exile in Mexico at the time, it’s hard to see how my dad expected his would-be pugilists to verify this particular threat.

Our memories of the ole man taking us, every September, for two/three days of the ASK Nairobi Agricultural Show at Jamhuri Park remain among my favourite ones of my father.

At the opening of one of them, President Moi actually waved his famous rungu at a bunch of us, muttered ‘watoto wa Nyayo,’ and next thing we knew, there were plenty of peremendes and free rides.

Once, I entered the backyard of a very bad bachelor called Mumelo to fetch a football gone astray. I must have been about ten, and the bhang-smoking bachelor gave me a horrible beating for ‘trespass.’

When I got to the house with a bleeding nose and burst lip, and told my father the story, he marched a terrified me to the maniac’s house, and frantically rang the doorbell.

When Mumelo opened the door, without a word, my Dad knocked him out cold with one clean punch.

Sex education: How to talk to your teenager about sex
Parenteen By Audrey Masitsa

Breastfeeding 101: What is cluster feeding?
Baby Care By Audrey Masitsa