I finally found my self-worth

My Man - By PAUL KARIUKI 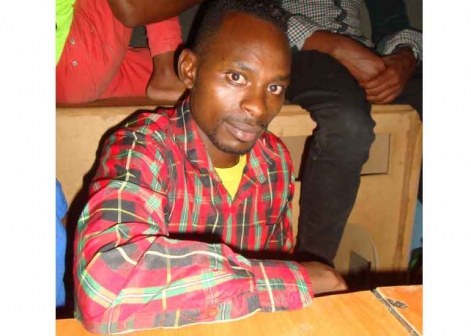 I was born 30 years ago in Nyeri County as the third and last born child of my mother and a Zulu man.

When I was two months old, my mother passed on and a Meru man took care of me, and my siblings, until I was four years old. He then took me to my grandmother’s house where life became unbearable.

I was disowned by everyone in that homestead and it was only much later that I found out the reason for my rejection was because I was a “half-caste”.

Further, the South African man who put my mother in the family way had not paid dowry as traditions demanded. As such, I was an outcast and an unwelcome burden to the family.

Each waking day was pure hell. By the time I was six years old, the mistreatment, especially from my uncles, was too much for me to handle and I decided to leave and look for my father who I was told was in a place called Free Area in Nakuru.

It took me three days to get to Nakuru from Nyeri, walking, hitch hiking and begging food along the way.

However, when I got there, no one could tell me anything about my father. Having exhausted my search, I resolved I was not going back to Nyeri. At the time, Free Area had a big open air market that was a beehive of activities.

I would forage for food from dustbins and sleep in them at night. After a year or so there, I decided to walk to Nakuru town and join other street children.

I was, however, in for a rude shock when I realised there was some sort of a ‘government’ controlling each grouping of street families that had made particular areas their turf.

The older boys in the hierarchy of the group I tried to join did not like me and they sent me packing. I found myself back in the dustbins of Free Area where a small colony of street children was forming.

Having been hardened by use of glue which I was introduced to, I returned to Nakuru and this time managed to join a group of street children who had made their turf close to the railway station. I was watched closely for a time before I was accepted as part of the family and introduced to life in the street.

To be made ‘smart’, street children are made to undergo four stages of drug and substance use.

The first is glue sniffing, the second cigarette smoking, the third bhang smoking and the last being use of heavy stuff like cocaine and heroine. I was also introduced to sodomy at a relatively young age.

I was in the streets for seven years before my life took a turn for the better. A German missionary happened to be in Nakuru and talked to some of us before placing us with a rehabilitation centre known as International Children Mission. I was then enrolled into their mission run schools beginning with nursery school which I joined when I was 12-years-old.

I later joined their Rehema Primary section but completed education in a record four years. I then moved on to the secondary school section where I sat for my KCSE in 2004 and scored a B+.

While in school, I had learnt how to drive and when a female missionary came to visit the schools, I was assigned to be her driver.

We interacted well and having been touched by my story, she left me with Sh200,000 which I used to set up a recording studio.

Having fallen in love with music while at the school, I saw it as a tool to touch lives. I also formed a dance group known as Remnants comprising of ten former street children. My studio, now in its fourth year of operation, is located at the Free Area.