Eight important things your nails say about your health

HEALTH
By WAMBUI MBUTHIA | 2 years ago 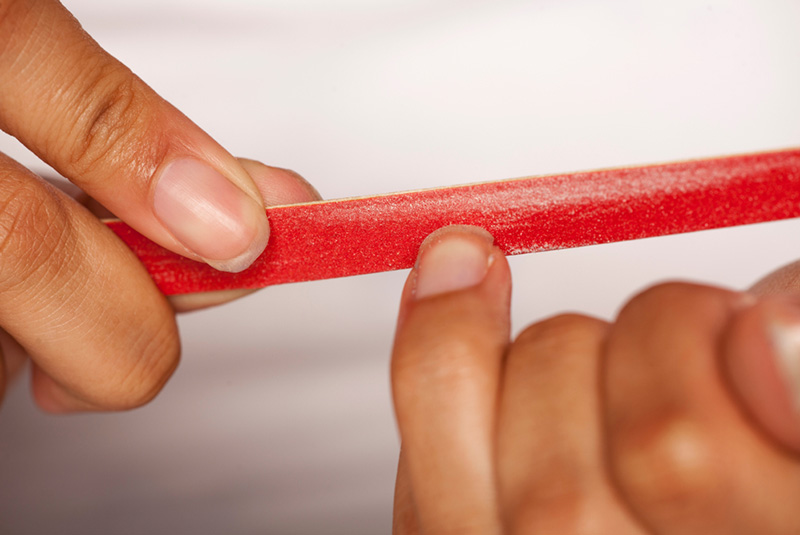 Fingernails are easily brushed off as just another insignificant part of the body. Proper care and regular checks can help you identify and treat a possible underlying problem.

Most people treat their nails only to manicures for good looks while totally ignoring their natural appearance. Looking carefully at the appearance of your nails color, texture and sometimes strength may help you identify bigger problems in the liver, lungs, and heart for earlier attention.

While your nails are different from other peoples in color, shape and general appearance, there are some common changes which point to certain underlying problems. The most common of these changes include:

When your nails become hard then break or crack easily, it could be a sign that you polish them way too much. That can be easily fixed by giving them a break from nail products.

Four tips on how to make your legs smoother

Deodorant or antiperspirant: Which one should you go for?

Five benefits of tomatoes for the skin

However, brittle nails may also indicate a health problem such as anemia, caused by low iron levels or Hypothyroidism, the deficiency of thyroid hormones. 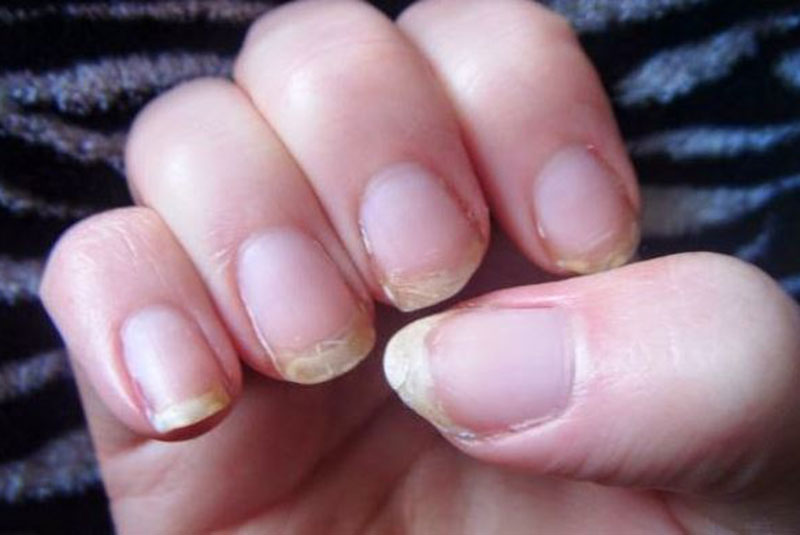 Pitted nails have many small dents on their surface hence the name. This pits could be as a result of nail injury and may eventually cause your entire nail to crumble.

The most common health problem behind these sign is psoriasis, a condition that causes cells to build up rapidly.

Nail pitting may also be due to connective tissue disorders (including Reiter's syndrome) or alopecia areata, an autoimmune disease that causes hair loss. 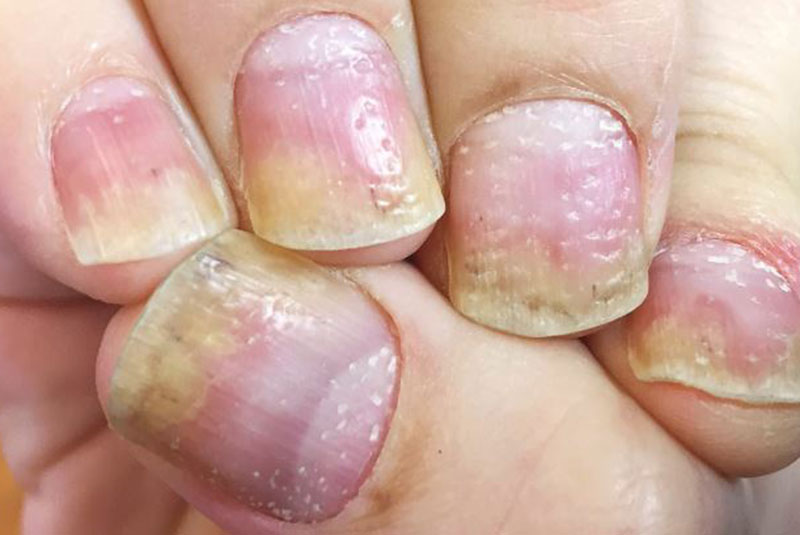 Medically known as Beau’s lines, these deep grooved indentations run across the length of your nail. One major cause of these ridges is infection on the nail fold.

Horizontal ridges could also be an indication of a developing health problem like acute kidney disease. Diabetes or even Thyroid disease. 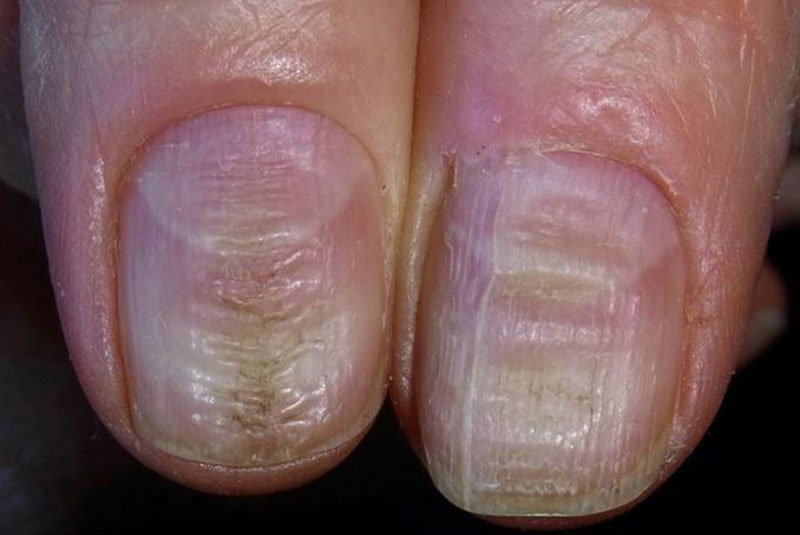 Yellow discoloration on your nails could be as a result of many contributing factors. For starters, a reaction to acetone in your nail polish could make them yellow which then clears gradually.

Smoking can also make your nails appear yellowish. However, when this discoloration persists, it may be an indication of a respiratory disease such as chronic bronchitis. 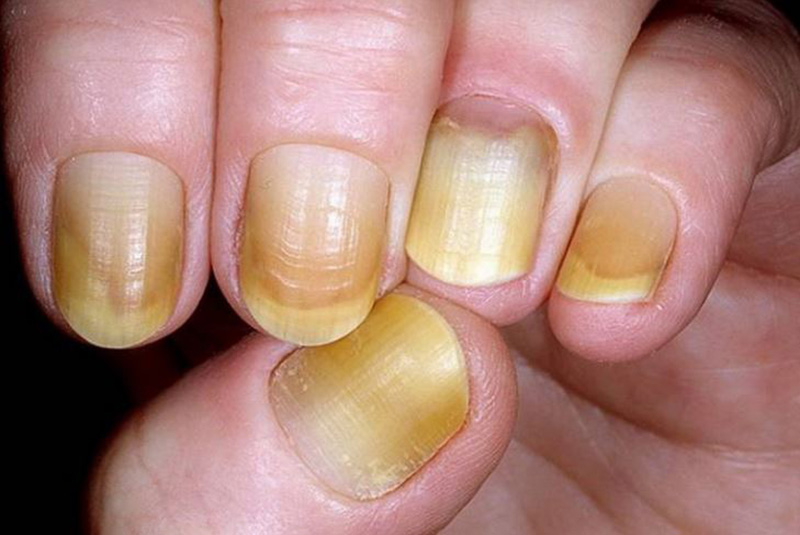 You can tell your nails are clubbing once they gradually start to curve downwards making your fingertip appear enlarged at the end hence the name.

One common cause of this condition is low oxygen supply to your fingertips which points to lung problems. Clubbing may also indicate heart disease or inflammatory bowel disease. 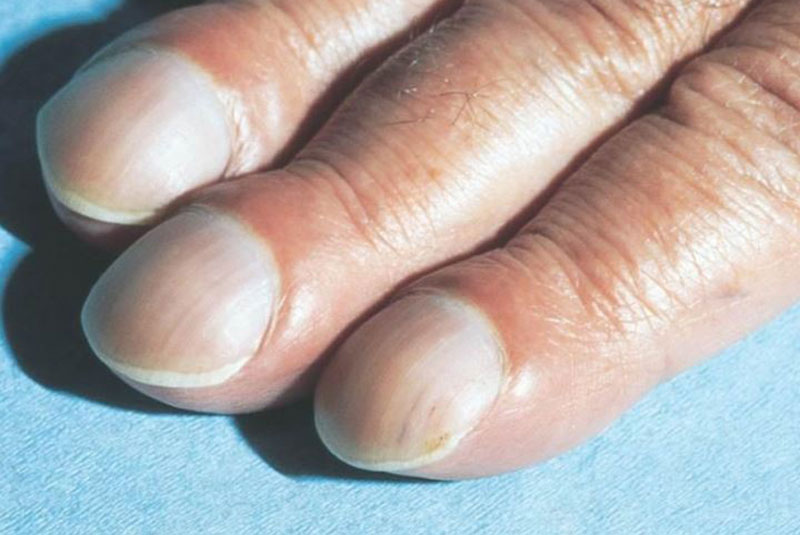 Unlike horizontal ridges, the grooves, in this case, run parallel to the length of your nail from the cuticle onwards.

The major cause of vertical indentations is aging. However, when you notice these lines on your nails, your body could be notifying you of a serious case of nutrient deficiencies such as Magnesium and Vitamin B12. 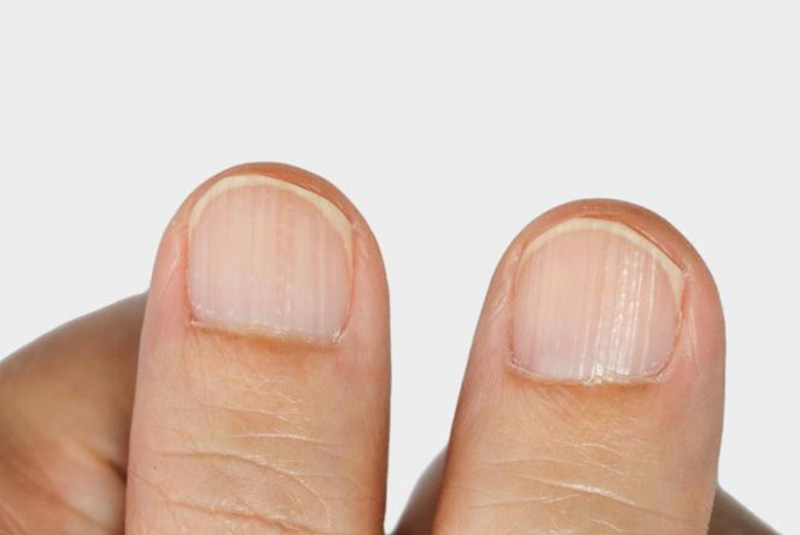 A common change in nail appearance, white lines and spots could be harmless while others could be your body calling for attention. Leukonychia, as the condition is referred to, can be caused by simple things like habitual nail-biting, manicure products and even injury. However, these markings can also be a reaction to heart disease, liver disease, zinc deficiency, and even kidney disease. 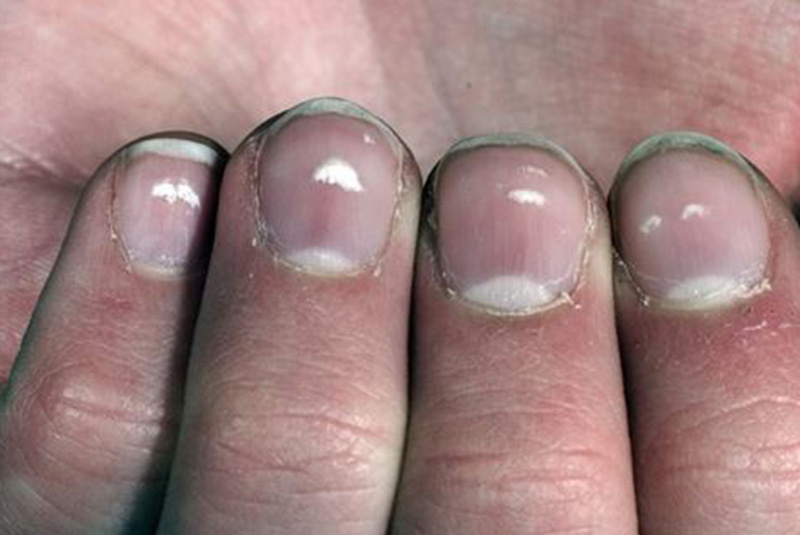 Sudden black spots on your nail could be as a result of an injury which causes blood to clot beneath the nail. Sometimes the discoloration is in form of a vertical line running from your cuticle while others the black spots are irregular.

You should not ignore these changes since they could be an indicator for melanoma, the most serious case of skin cancer. Melanoma occurs when pigment-producing cells mutate and become cancerous. 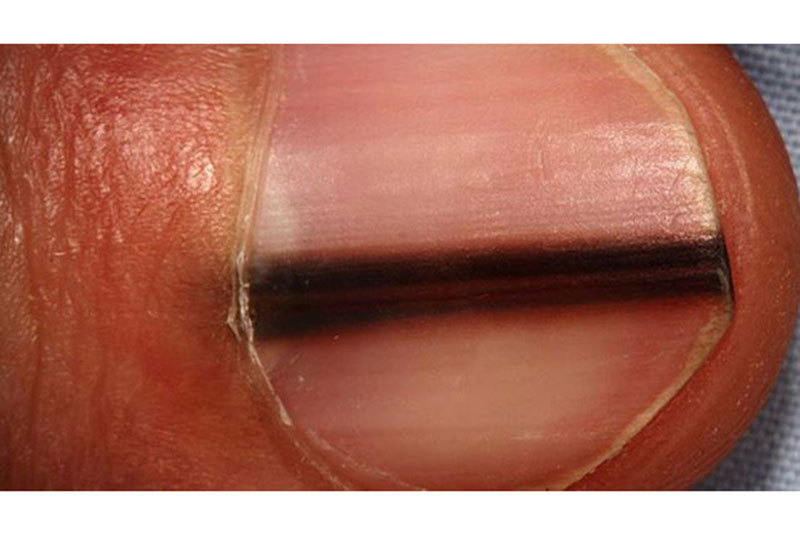 Which Internet activity are you addicted to? 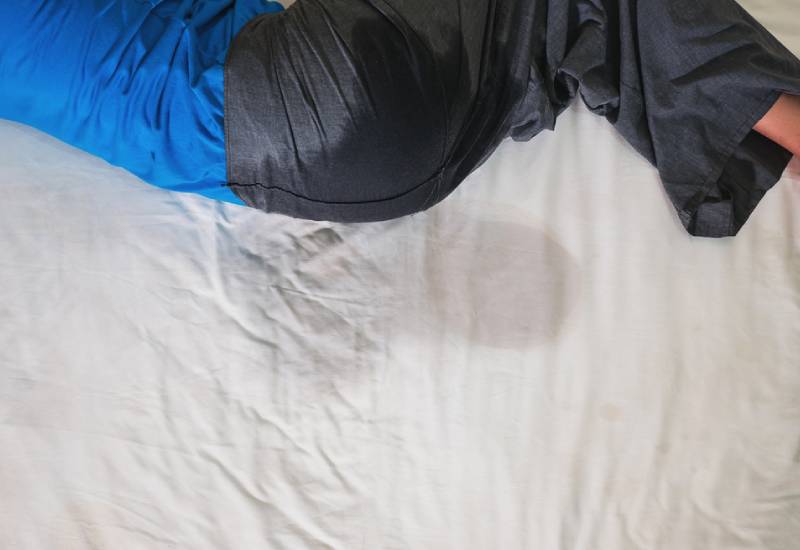 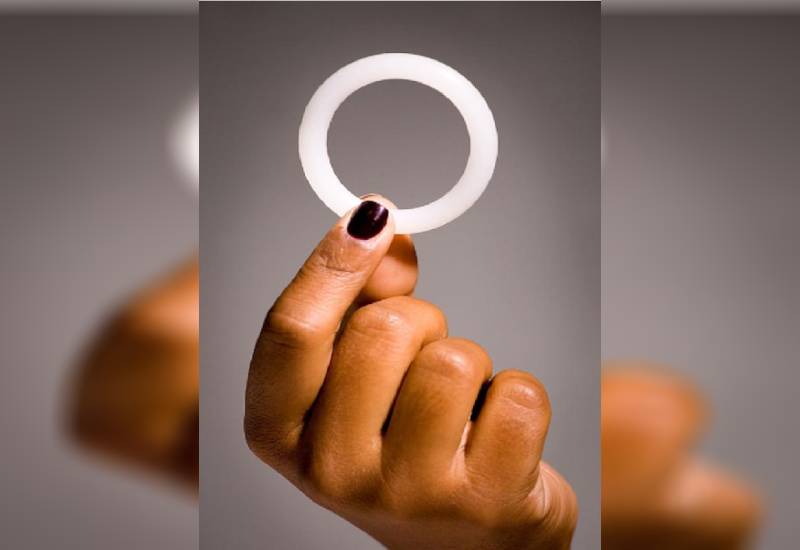 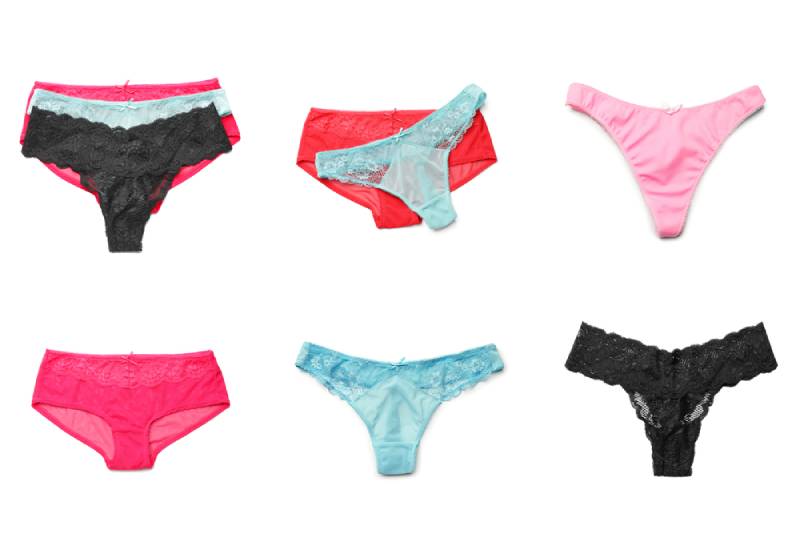