Engagement ring and wedding ring – do you need both?

BRIDAL
By ESTHER MUCHENE | 1 year ago

Wedding and engagement ceremonies symbolize the ultimate show of love and commitment. While these are moments most of us dream of, and have this perfect picture in our minds of, there is a lot of planning and preparation that goes into them.

As couples embark on this exciting journey, they must look into the engagement ring and the wedding bands. Not a new tradition, a ring is one sure way to symbolize the bond that exists between two people. This, however, does not necessarily come cheap and the topic of whether you need both the engagement ring and wedding ring has become a bit controversial. As you can imagine, some are for the idea and as is expected others are totally against it.

Here are some of the reasons why some people think it’s important to have the two, while others don’t.

In this society, we know how hard it can be as a man. You need to do all you can to prove to your partner’s family that they can trust you with their daughter. Because of this, the tradition of having both the engagement and wedding ring has been passed through different generations. It shows that a man can afford to take care of his partner financially so this encourages the family to approve of the relationship.

Generally, wedding bands and engagement rings show that you as a couple are committed to one another. As a woman wears her engagement ring, it shows the world that she is being taken seriously and that she is technically already someone’s wife. For the man, it shows that he is so committed that he is willing to invest in a ring for his wife to-be. These rings are considered a binding commitment and a warning for others to back off.

Truth be told, every woman has a little princess in her. Women like to be pampered once in a while and treated like the princesses we’ve grown up seeing in movies. There’s no doubt that having a huge engagement ring also makes you feel special when you can show it off to your friends and family. On top of that, adding your wedding bands when you get married adds to the glitz and the glamour. To be honest, having the honor of wearing both rings is every girl’s dream come true. 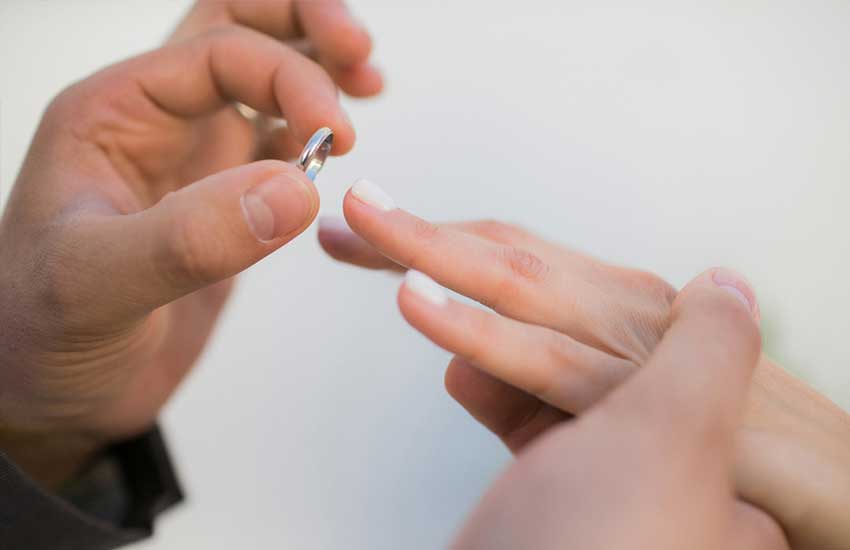 Now that we have set the record straight on why it may not be such a bad idea to have both, it’s only fair to dissect whether both are really necessary? Whether you choose to agree or not, here are strong arguments opposing the thought of two rings.

That said and done, men take pride in their ability to buy both an engagement ring and wedding ring. If he wants to, let him. Besides, you can never have too much jewelry. On the flip side, if you both don’t see the need of having either or both it is entirely up to you. What matters most is the two of you being together in a loving committed union.

By TONY MOCHAMA | 1w ago