When a woman earns more than her man

Two psychologists address the imbalances stemming from a difference in paychecks.

In an ideal world, a woman earning more than her male partner would not need to worry about this causing strife in their relationship. In the real world, this is an issue. Husbands’ stress levels increase as their spouses’ income rise beyond 40 percent of the household income, and they are stressed the most when they become entirely economically dependent on their wives. This is according to research from the University of Bath, and although the respondents were American heterosexual couples, the situation is no different in Kenya.

“More and more women are investing in themselves. They are getting education, looking for good jobs, and businesswise, they are very ambitious. I’ve come across fantastic women doing fantastic things. Some women, as a result start making more than their husbands, and one of the reasons this can cause problems in a relationship is we are in a society whose social norms hardly allow a woman to have more than her husband,” ,” says Dr. Pacificah Okemwa, who chairs the Department of Gender and Development Studies at Kenyatta University.

“Social norms that are prevalent in our society speak to the fact that a woman has to be subordinate to her husband in terms of income, education level, power, even height sometimes. That’s why if you ask most men who their choice of wife would be, they will mention someone lower than them in those categories. You’ll find, for instance, a secondary school teacher will go for a primary school teacher.”

The structure of many of our societies is patriarchal, in which the rule of men takes precedence. Part of the definition of what it is to be a man, in these societies, includes men having power over women.

So, explains Dr Okemwa, a ‘real’ man is one who has control over women and control over resources, a ‘real’ man has so much wealth, “so that if you asked young women now who their ideal husband is, most will say he should have a house, a nice car, live in a good location.” And when a woman starts earning more than her male partner, it topples the equation.

“What occurs after that is an ego game. It may hurt his ego without her even doing or saying anything. He is feeling compromised and one of the obvious reactions is he will start looking for opportunities to confirm that she is disrespectful or something like that. So that when the man asks her if she has money to buy something and she responds that she doesn’t or it has to wait, he’ll take it personally and think it is because he has less and gets hurt,” Dr Okemwa says.

Then there is the influence of peers and family, who pressure the man to respond to the situation in specific ways. “A common example is when a man is told, ‘you married this woman therefore what she has belongs to you and technically you should control everything.’

Many women have been coerced into that, some have lost a lot of their income and savings because of that. But on the other hand, there are women who have managed to find solutions and worked with husbands who have nothing or very little and have been able to build dynasties together.” 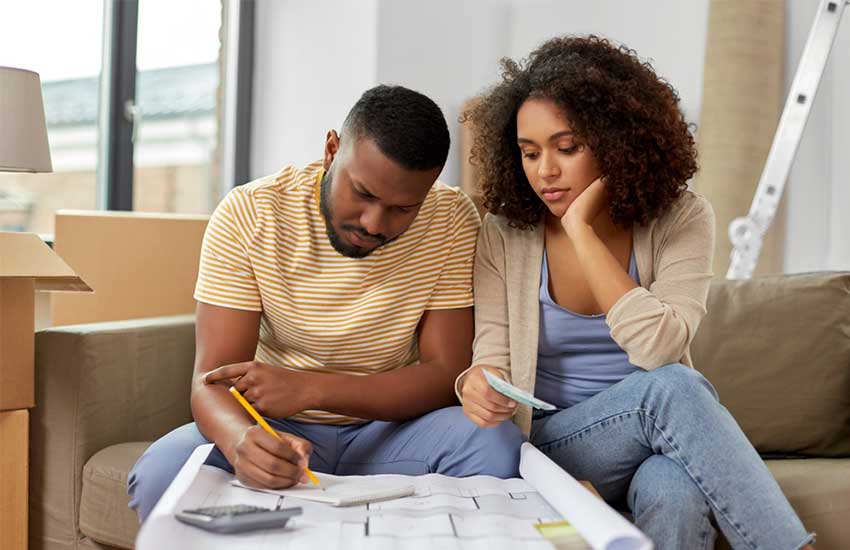 Why do social norms persist?

One would think that a woman earning more should be a good thing for the family, that if a man loves her then he would respect her regardless, that her success should be celebrated — it is 2020, after all — and yet, these social norms persist even when it is clear they are not practical. That’s because they run so deep.

“That is why issues like gender-based violence are persistent because somewhere there is a narrative that a man can beat his wife for various reasons, whether it is to ensure submission or show that he is a man. Such a man may not have started off as being violent, but learns this from the environment around him.”

Also, there is the issue of privilege and how hard it is to give up. “If you were in a superior position, would you give up your privileged position easily for a less privileged one? I would say no, or not easily. Social norms privilege men. Men have enjoyed these patriarchal dividends for a very long time, so they would not easily give them up. It is not going to happen anytime soon.”

It is about time societies redefined masculinity — what it is to be a man, a husband, a father — and in some ways, it is changing. It is not unusual to see men taking more care-giving roles – even if they are as mundane as a man carrying his child on a family day out.

What’s a woman to do?

It all comes down to honest communication. When Mark started dating his girlfriend, it didn’t matter that she was earning more. “What I make in a month is what her monthly rent is,” he says. But then they had a baby and things turned sour. She delivered the baby at a high-end hospital. The bill was high. She wanted him to pay the whole bill and he said he couldn’t manage on his own.

It wasn’t clear who should pay for what because they never talked about it, and he acknowledges this was one of the major mistakes they made. “We can’t have a decent communication anymore,” he says.

Ruth Mwangi, a psychologist at Life Pillars Counselling and Consultancy, advises that couples should have an agreement on how they will split bills, chores and other responsibilities at the very start of the relationship.

“If they had an agreement on this, they should review it and integrate changes accordingly. If at the start they did not agree, then they must discuss the matter at length and agree. It always is best to first agree as a couple before involving any other person. This process requires great objectivity and openness as finances can have lasting implications when mishandled,” she says.

She adds that a budget would be necessary, and where a couple lacks the skills, “they can consult a professional in order to grasp the basics and even apply technology to make it easier. If they cannot agree on the roles, then counselling, lay or professional, should be sought especially if children are involved, as they can suffer a great deal while their parents are still sorting out their roles. Where one party is reluctant, the other may have to seek help and apply it as much as possible for their stability.” 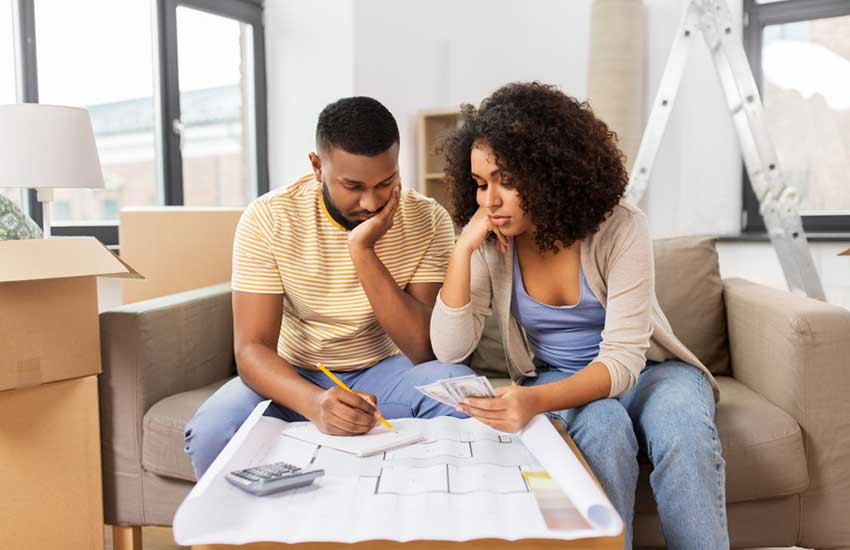 Marriages are negotiated relationships, says Dr. Okemwa. “Each of us lives within the spaces we live in depending on the terms we have negotiated for. Negotiate your terms early on in a relationship and be flexible as time goes, but never lose your identity.

“If a man loves a woman, he should be able to respect and love her regardless because it is not money that determines a healthy relationship. It is about the communication they have. Are you able to talk about your short-term and long-term goals and agree on a formula that sees both of you contributing towards that goal? And plan early on who is paying for what item. Don’t go to a restaurant and when the bill comes, that’s when you start wondering who’ll cover it.”

One concern a woman we talked to had is she is feeling resentful, as the sole breadwinner, when her husband isn’t pulling his weight, and he gets defensive when the subject is broached. What can she do?

“Take responsibility for being in the relationship. Many partners remove themselves from taking responsibility over the relationship when challenges arise. The relationship is a two-people matter and hence it cannot work out if there is blaming and isolating the other person, regardless of their faults. The approach must first be right before the actions can also be rightly applied,” says Ruth Mwangi.

“The general connection between partners affects every other interaction they have. Hence, a continually mutual, open, supportive, fun, engaging relationship will find it easier to deal with challenges. Lowering defenses requires creating a safe environment such as a private place, comfortable, timely and free of interruptions and distractions.

“There are certain inter-personal skills that must be applied in problem solving. One is assertiveness where the matter at hand is stated factually and clearly so that all parties are on the same page. Another is open communication where the matter must be looked at from different points of view without taking offence. Thirdly, consulting people with wisdom on similar issues to learn from them.”