Faith Macharia: I’m just a woman with a beard

Living with visible facial hair hasn’t been easy for Faith Macharia but she has come to accept the stares and glares people give her. She shares on why she is now reaching out to other bearded women

‘Am I becoming a man?’ This is the question Faith Macharia asked herself in 2004 – looking into a mirror and noticing two strands of hair spiraling off her chin.

Aged 24 at the time, one would say Faith was in her prime – still blossoming from vestiges of adolescent hormones. It was a time she expected to be noticed and complemented for her beauty.

Almost immediately, her self-esteem dropped. She looked for a razor and slashed the hair off, sighing with relief afterwards.

A week or so later, Faith noticed more strands of hair protruding from her chin. Every time she cut them, more popped up. Until the hair had colonized a noticeable patch.

Faith did everything to conceal the beard. “I shaved every few days – almost diligently – never to be found out,” she says.

But you know what happens with routine: you get used to it and complacency kicks in inevitably.

And then people began noticing. The first person in her family to know was her aunt.

“I was petrified. In an attempt to quell my fears, my aunt said she knew other women with beards. She said it was normal and that I shouldn’t worry,” Faith narrates.

It is one thing to be told not to worry about hair on the chin and it is another thing to deal with people’s reaction when they see it.

One time, while in a bank, Faith looked over to a pair of young men murmuring at each other. One of them pointed in her direction tapping at his chin.

“I knew they were talking about my beard. I was used to receiving unwarranted glances. It was not a good feeling being a spectacle,” she says. 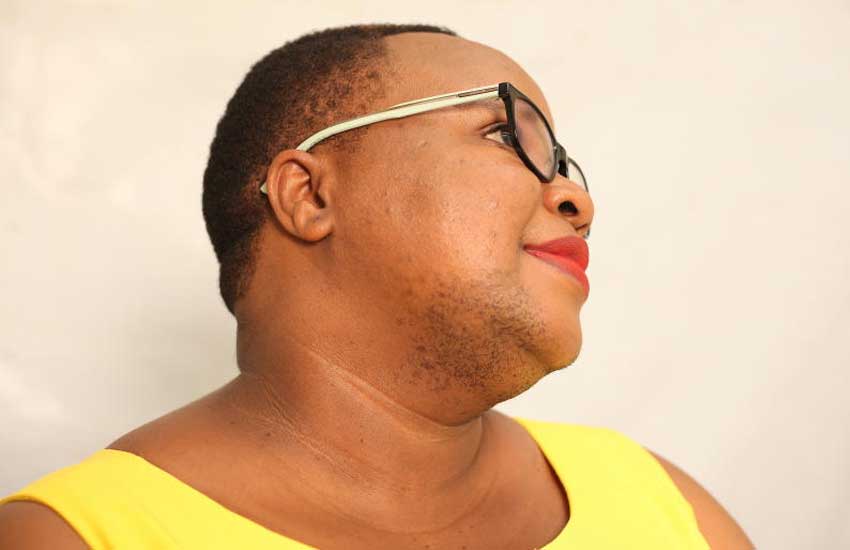 The beard was embarrassing to say the least. But Faith trudged on. She was determined to lead as normal a life as possible.

In fact, in 2008, she gathered courage and went for an audition for a TV insurance commercial. As usual she shaved clean. At the audition she bedazzled – as she puts it – the judges.

Many of her competitors were kicked out in the early stages. She was among a few last contenders. A judge told her: “I am impressed with your performance.”

She believed she would get the part. Until one of the judges leaned into another judge’s ear and mouthed something while pointing at her chin. While she had shaved, the stumps of black hair left a distinctive dark colouration synonymous with bearded men.

“And just like that, I lost the chance yet I had performed well at the other stages,” she says.

Such incidences dented Faith’s self-esteem and she would go back to keeping to herself and feeling dejected.

Next, she went to hospital seeking answers. At the first hospital she visited, the doctor referred her to a specialist at a different hospital.

“Tests were done and nothing major was diagnosed: except for some hormonal imbalance,” she says.

She was then referred to a dermatologist who advised her to use hair removal crèmes and keep up with her shaving routine.

“The dermatologist told me that the other solution she would recommend was hormone replacement therapy – to balance my hormones – but it was too expensive,” Faith says.

So, she went back home, and continued shaving.

The beards would also affect her love life; scaring off suitors who she believes would otherwise have wanted to pursue a long term relationship.

First, she met and fell in love with a young man she dated for four years.

“Four years is a long time: he must have known you had beards?” I ask. 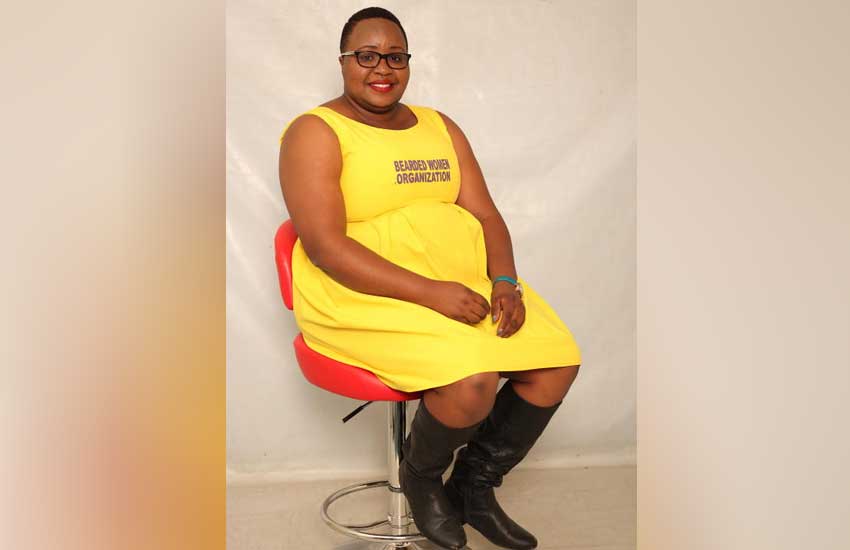 Then out of nowhere the man vanished from her life and stopped calling. “He never explained why he was leaving. He just walked away. I believe he was battling within himself if marrying a woman with beards is what he wanted,” she says.

Then came another guy who showed interest in her. He asked her out on a date. And Faith prepared – as usual – by shaving thoroughly.

During the date, while they were hugging, the stumps of hair on her chin pricked the guy; provoking him to look keenly at her chin.

“That was the first and last date. He never called back,” she says.

Faith gave birth to a son in 2011. Now eight, the boy has noticed his mother’s hairy chin.

“Mom, you have a beard like a man?” the boy asked not long ago.

Faith had to explain to him that some women do have beards like men and that it does not mean they are abnormal.

A few times, the boy has run back home sad when his peers have taunted him about having a mother with beards.

Last year, in October 2018, Faith started Bearded Women Organisation (BWO) – a sanctuary where she hopes women like her can find help dealing with the challenges of being bearded.

The formation of BWO, she says, was strongly informed by the incident of a lady tout in Nairobi forced to strip by police to prove she was not a man – because she had a beard.

Local media reported that Teresiah Mumbi, who worked on the Kayole route, was stripped naked on May 15 this year after being arrested.

Speaking to KTN News, Mumbi said two female police officers demanded that she undress to confirm her sex before allowing her into a women’s cell.

“I have stopped working because I don’t want this to happen to me again,” she said in the interview.

“I long for a day I will be able to live with my beard and not be judged by anyone,” she says.

For now, she says she will keep shaving. “For the sake of my son: I really don’t want him to be teased and taunted by his age mates,” she says.

Faith hasn’t given up on love. She still hopes that a man (worth his salt) will one day love her regardless of her beard.

She is getting used to be being talked about. One time, while inside staff bus from her work place, two colleagues who sat behind her were speaking in low tones.

“I heard one say, ‘Angalia yule ako na ndevu’. I turned around and told her not to be afraid to say it. I even invited her to move closer and touch if she needed to be sure,” she says.