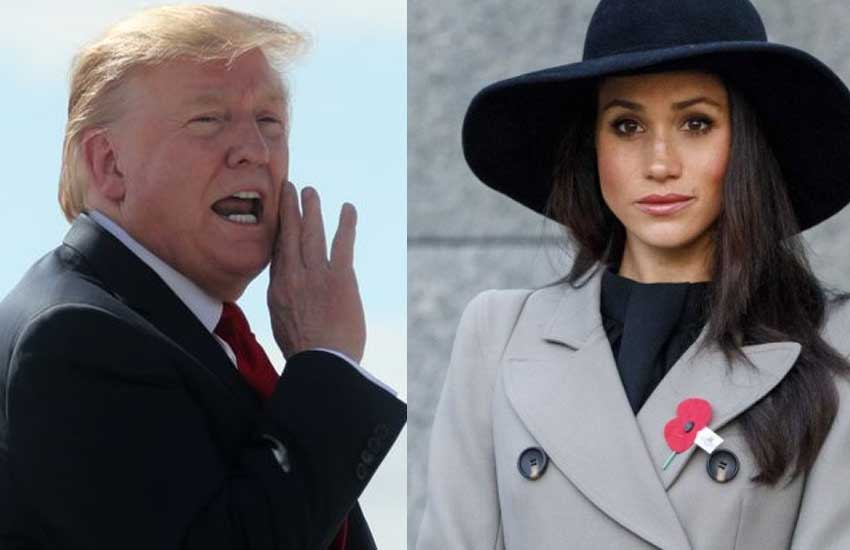 Donald Trump has branded comments made by the Duchess of Sussex about him as "nasty".

Meghan has been a vocal critic of the former reality TV star, backing his rival Hillary Clinton and suggesting before the 2016 election she would leave the US if he won.

In an interview with The Sun, Mr Trump said he was not aware of comments made by the duchess about him, and said: "I didn't know that. What can I say?

"I didn't know that she was nasty."

The US president begins his state visit to the UK on Monday and will meet members of the royal family, including the Queen, but new mother Meghan will not be present.he'

When asked about the duchess suggesting she would leave America for Canada if he was elected, Mr Trump said: "A lot of people are moving here (to the US)."

Mr Trump said LA-born Meghan will make "a very good" American princess, and said of her joining the royal family: "It is nice, and I am sure she will do excellently.

"She will be very good. I hope she does (succeed)."

As with last year's visit, protesters are planning to take to the streets to make clear their opposition to the US leader and his policies.

Scotland Yard said it has an experienced team ready to lead the huge police and security operation.

During the interview with The Sun, the President said he was "really loved" in the UK despite the protests.

He said: "I don't imagine any US president was ever closer to your great land.

"You know there was a time quite a while ago, six or seven years ago, when a group of people came out against me in some form.

"They were totally over-ridden by another group of people that was far larger and everybody said, 'let's take a pass'.

"Now I think I am really - I hope - I am really loved in the UK. I certainly love the UK."