What do women really want from their husbands? 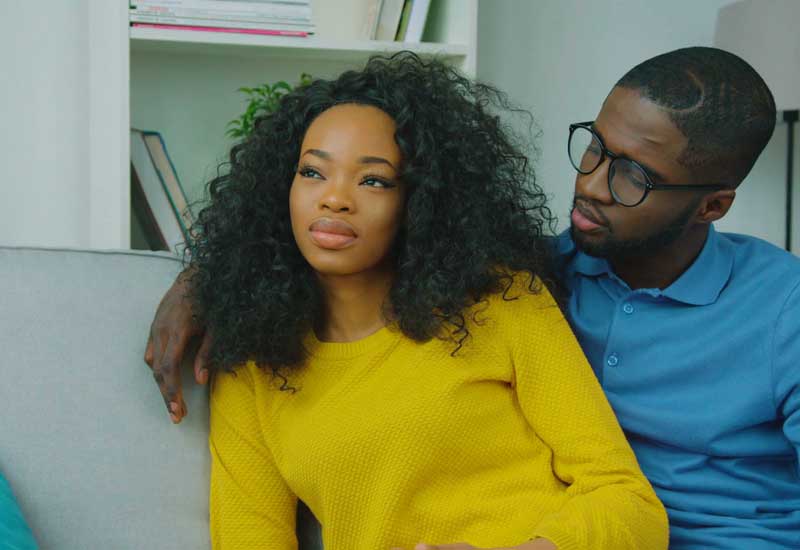 Women have constantly expressed their fury at the ‘demands’ of men in regards to what they want from their wives. In a bid to be ‘heard,’ a number of women stepped out to represent views of women on the wants expressed by men. Here are some of the things they had to say:

Mercy, a divorcee who had been married for eight years with one daughter says it is not enough for the man to be head of the family. “He has to act like it and make decisions with the family’s welfare in mind,” she says. “Women want to feel secure, or at least I do,” she adds. “If then the woman makes decisions, it is because the man has not stepped up to his responsibility. Marriage is a partnership, not a dictatorship. He shouldn’t be the one that decides everything. To respect, leave alone submit to a man who is not doing his job, is an uphill task in itself,” she concludes.

According to Psychiatrist Dr Catherine Syengo Mutisya, women want more than security. In this working era where women make their own money, they are assured of their financial security and hence need companionship.

2. Women who do not deny them conjugal rights

More than 65 per cent of all problems in marriage are rooted in sexual mal-adjustment between husband and wife. While men expect their partners to always be on standby any time they need their conjugal rights, they do not understand that there are times or seasons when sex can be a burden for the woman. Even worse, women have perfected the art of using sex as a weapon for fighting non-sexual battles.

“I like that my man knows me inside out. He understands when I am not just in the mood and he reads between the lines when I deny him his conjugal right just to get his attention,” says Ruth, a salon owner, married for 9 years. She however confesses that it was not always easy as they had to learn to communicate what she felt and is lucky to have a husband who is patient enough. 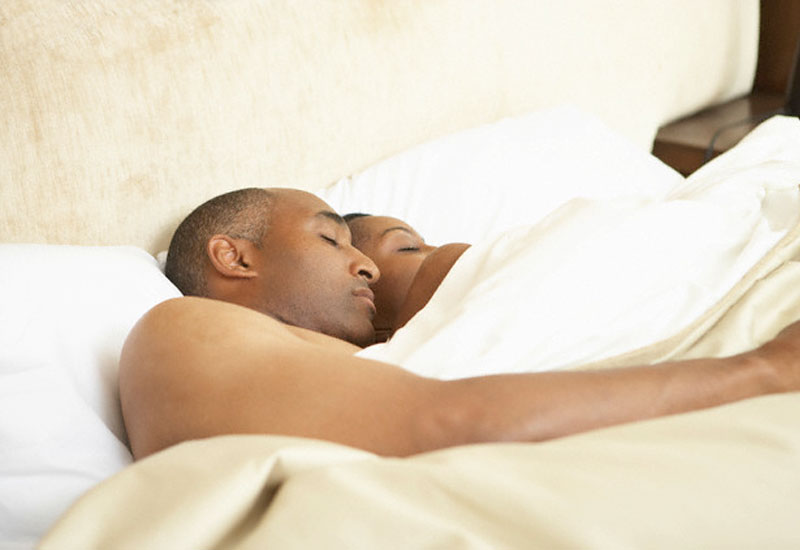 Joyce Huggett, in her book, “Dating, Sex and Friendship: Be Holy and Sexual,” argues that sex goes beyond hormones, orgasms, sex organs and sex urges. We must consider the social dimension of sexuality, the non-genital aspect of sex which lies as much at the core of our personality as this urgent longing for bodily fusion.

It is for this reason that unlike men, women need an entire day or more to be prepared for intercourse. Women respond to touch and speech while men respond to the sight of a naked women.

3. Women who can pay bills without complaining

Men interviewed complained that they were overwhelmed with family bills. But Annemary Mukobwa is of the opinion that only a lazy slug would ask for such. “What happened to the man providing, protecting and being the priest of the family?” she asks.

Magezi Kabasoga, a respondent to the feature on Evewoman.co.ke says, “We should go back to our roots; the African way of sharing responsibilities. If you look at it from this point, then this writer and what he has written is a piece of cake.”

Yet another respondent, Jane Doe says, the bottom line is trust, when you trust each other, you will also love each other. When you love and trust each other your money becomes family money.

Hellen Mwihaki, a 27-year-old teacher and a single mother of one says in as much as there are different things that men look for, hard work and beauty is a common factor. I think a lady has to look good and appealing to the eye if she is to position herself for a good guy. Also, if she cannot take care and raise kids by herself, she is doomed to be a turn off.

Betina, who considers herself conservative when it comes to matters marriage believes that while it is okay for the house help to help around the house, the duty to serve and cater to her husband is solely hers. She would not allow her help to cook, iron or prepare bathing water for her husband.

“That is a recipe for disaster,’ she says. ‘The help is there to do exactly that, help. Not to take over the running of the house. The next thing you know, she will take over your husband too.”

But newly married Pauline, who runs her own business is not for the idea. In her opinion, in this 21st century, women’s role should not be tied down to the kitchen. In fact she advocates for sharing of the housework. Psychiatrist Dr Catherine Syengo Mutisya agrees saying women need men who help around the house; with housework and children.

Ketty Salome adds, “If I am to pay more bills/mortgage at home, then it means I work hard and need someone to help me manage the house.”

5. Women with high self-esteem and confidence

In “Strong Women, Only Intimidate Weak Men,” an e-book by Farrah Gray, CNN’s African-American First History Makers, he shows that it is a perceived myth that ambitious and self-achieved women intimidate men. If at all your man is intimidated by your success then he qualifies not to be a man but a boy. Women need men who support them in their careers and personal life,” a statement echoed by Psychiatrist Dr Catherine Syengo Mutisya.

“Confidence is the best make-up you can put on,” says the wife of Tony, a man interviewed in the previous feature. “If you are confident, you attract men who will respect you. It is that simple,” she explains. “One does not necessarily have to be beautiful to be confident; not to say that I am not beautiful but any man worth his grain would choose inner beauty over curves and a pretty face,” she says. 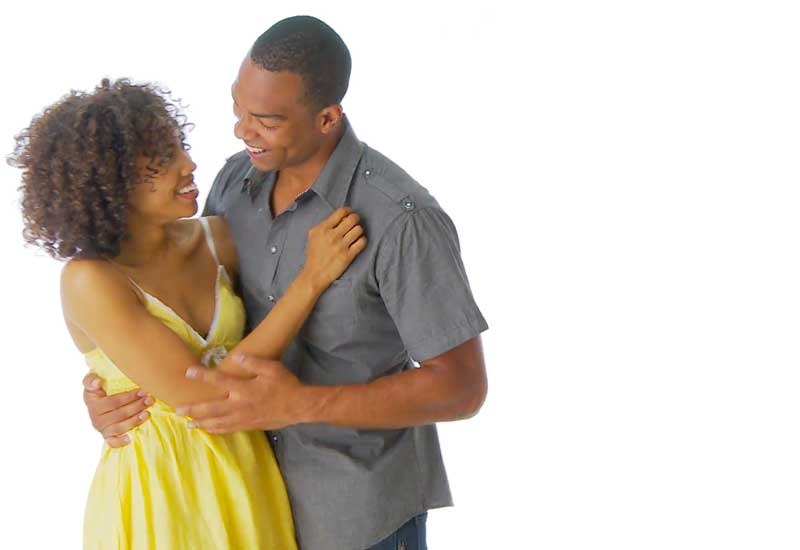 As fashion designer Betsey Johson put it, Girls do not dress for boys. They dress for themselves and, of course, each other. If girls dressed for boys they’d just walk around naked at all times.

A study that interviewed 2,000 women revealed that six out of ten women aged between 18 and 30 said they had their girlfriends in mind when they chose what to wear on a big night out. Two thirds of women believe that men say they look good regardless of what they look like. If then that is the case, there has to be something beyond the physical that makes husband stick around. It has something to do with personality.

“I have never gotten all ‘dolled up’ to snare a man. If I want a man, all I have to do is be in my best behaviour. Keep my talk to a minimum and just like my mother taught me be my best behaved self. It always works like a charm, every time,” says Makena smiling sheepishly. “The way a guy reacts tells me whether he is a keeper. If he takes my meekness for weakness, I know it is time to run. If he is a gentleman, he is a keeper.”

As Dr Steve says in his book, women were made from the ribs of men, an organ close to his heart. This partly explains why the woman is tender, emotional and personal in her orientation. It is why she needs a man not afraid to show he cares, is genuinely kind doing nice things naturally without having to be reminded or nagged.

7. Women who are accommodative

While men say they love women who accommodate their families as they are, without looking down upon them or making a fuss at every given opportunity, women expect the same courtesy extended to them.

“I completely understand that I married into my ex-husband’s family, and dowry was paid, that is without a doubt. However, that does not mean all rights to visit my parents are revoked. They are still my family and while relatives might be a handful to deal with they should still be welcome in my home,’ says a bitter Mercy.

According to Psychiatrist Dr Catherine Syengo Mutisya, the physical appearance actually excites men even sexually. But for women, it is how she is treated and talked to that attracts her to a man. But that is not to say that looks do not count.

During KTN’s dating show, ‘Are You My Type’, a lady, in response to whether she would tell her date if they had a foul mouth gave an outright ‘yes’. Supporting her answer, she reasoned that personal care and hygiene are a deal breaker.

“If he cannot take care of his own self, how will he take care of me?” she asked. “Then again I am not about to get embarrassed in front of my friends, when I introduce a man with a foul mouth and probably ill-fitting clothes,” she said. While grooming goes beyond oral hygiene, it is clear that good grooming may get you the girl.