Cancer Diagnosis does not change who you are 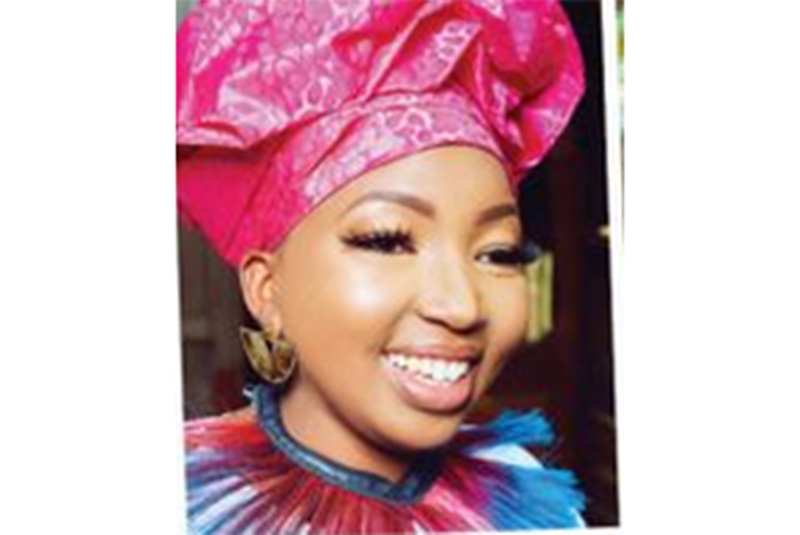 Two years ago, during a routine health check-up, 36-year-old Muthoni Mate’s doctor discovered a suspicious lump in her breast. Tests confirmed the worst; it was stage one breast cancer. Now in remission, she uses her experience and networks to support, educate and empower cancer patients and caregivers through the Cancer Café platform. She speaks to Christine Odeph

“My drive to share my cancer story is stronger than the fear I feel each time I remember the experience or go for another medical review. It is stronger because I acknowledge that I am one of the lucky few who make it alive to the other side of a cancer diagnosis with the most minimal impact on the life I had before. I had written my will and asked my parents to look after my daughter; I was sure death would claim me. One day, I made a vow while in hospital that if I lived then I would never be silenced on this.

On that day in August 2016, I remember patting myself on the back for ‘doing life right.’ Little did I know how fast my ‘high’ was about to come down. I was doing a health check-up as a formality as I geared up to renew my insurance cover. In the exam room while examining my breast, the doctor suddenly asked, ‘What’s this?’ He guided my fingers to feel a tiny lump. I thought nothing of it even as he asked me to go for an ultrasound. When he opened the envelope containing the results, his face fell. And I knew. Not wanting to alarm me prematurely, he referred me to an oncologist with my results. I immediately switched to auto pilot. I don’t even know how I got home from his office and I didn’t sleep that night. At the oncologist the following day, I was told I needed a biopsy. My first reaction was anger. This was supposed to be ‘nothing’. Why did they want to cut me up? I walked to the reception area, told them I was coming back, walked to my car, sat there and cried.

I called my family and broke the news then went into an emotional cocoon. A few days later, I went in for the biopsy. The results confirmed stage one cancer. I went into panic mode while my family went into problem-solve mode. The treatment plan consisted of surgery to remove the cancer cells and then chemotherapy. Two days later, I went into surgery then to theatre on a Thursday and was discharged the following Monday. The support from friends and family was so overwhelming, I had no time to be alone to process the enormity of the situation.

What I can say about the state of healthcare and insurance in Kenya — it has no heart — it’s a cash cow. Three weeks later, after the wound healed, I went in for review before what I thought would be the start of chemo... only for the doctor to casually tell me they hadn’t done the surgery properly and needed to go in for another before the chemo began (although they made sure to charge me for three lumps separately in one theatre session). Unable to trust this person anymore, I decided I no longer wanted to be treated by him or the hospital.

Later, I stood at the bus stop and started crying. With a failed medical plan, I saw myself in a casket next to a six-foot hole. I could feel the presence of death hanging over me. I lost it and started shouting at something no one else could see. I kept saying, ‘No leave me alone, I will not go.’ That was my lowest moment. It was my sister who eventually talked me into trying another hospital with more of a humanitarian reputation. However, they were unable to tell how far the damage had been done without a pet scan — something that wasn’t available in Kenya at the time. So, I had to go to India, where it was discovered that the cancer had now progressed to stage 2E. They offered me the option to correct the botched surgery and, after my experience, I couldn’t bear the thought of going under another Kenyan doctor’s knife so I agreed.

For the corrective surgery, they removed two thirds of my breast containing the cancerous cells. Then they used muscle from my back to reconstruct the breast. It was also discovered that my veins were too weak and ran the risk of collapse. I cannot have injections or blood drawn from my left arm. To support chemo medication, they put in a chemo pot on my chest. So, the chemo would go through a needle in my chest into the pot. These three surgeries were done once and I was charged once — roughly the same amount as my first surgery.

Recovery wasn’t easy; I walked around with two drainage pipes for the blood and pus from my breast and two from my back. I had to drain the container every two hours. You don’t know the luxury of turning in bed as you wish, sitting up to eat or even going to use the toilet — until you can’t.  But I couldn’t believe I was alive and I was determined to live each moment to the fullest. The minute I was cleared to come back to Kenya, I didn’t stop moving. In December 2016, I began the first of eight sessions of chemotherapy, which I attended bi-weekly until April 2018. But I would go in every week for blood tests to monitor my system. After that, it was back to India to undergo 36 sessions of radiotherapy. Finally, I went into remission and returned home in July. This time, my family and I wept tears of joy for that whole month. I can’t explain how I walked that journey and emerged sane but I know that the support structures around me saved me. One doesn’t stare at death in the face and go back to being the same person.

I learned how to live through my daughter; and that is moment by moment. I live in full colour now because I was taught the hard way that life offers no one guarantees. As I slowly transitioned back to work, people started calling on me to speak to other cancer patients and even caregivers and a new fire was lit in me. Ultimately the Cancer Café was born because the numbers grew from a few too many for one person; so I started putting people together -- doctors, friends, patients, caregivers  -- who gather together every month to share everything to do with cancer: from nutrition, mental health, body fears, treatment options, and simply socialising among people who get it.

Cancer shouldn’t be a hot topic discussed once a year because that is what fuels the fear: lack of information and a lot of stigma. Cancer patients need to be treated as normal people. Diagnosis doesn’t change who they are."