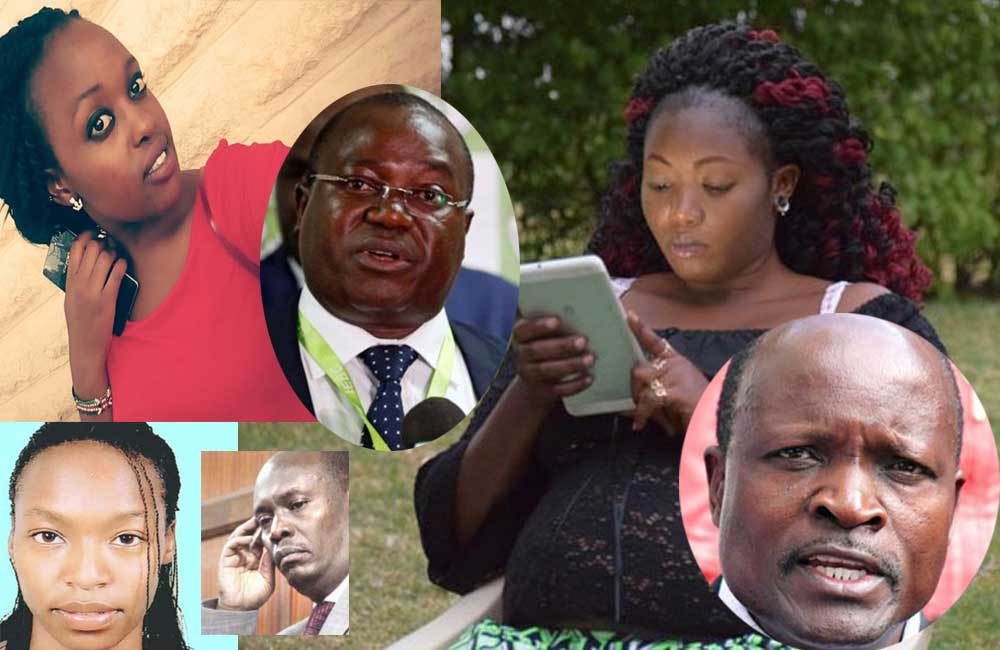 Life is sacred and no man has the authority to take it from someone else. With justice proving to be slow in taking its course, the bereaved have been left in the dark as some of those behind the gruesome murders are yet to be brought to book. Here are cases of young ladies who lost their lives allegedly to the links they had with prominent men:

Mercy Keino’s body was found along Waiyaki way after she attended a party hosted by former Kiambu Governor William Kabogo, then an MP, at an apartment in Westlands.

In 2013, Hon Kabogo was cleared of any wrong doing in relation to the death of the University of Nairobi Law student by a Nairobi court.

Carol’s body was found dumped in the same area as that of the slain IEBC ICT boss one month to the 2017 General Election.  Carol and Msando are said to have gone out for drinks before they both went missing.

Her family denied that the two were in a relationship.

On the last day of January 2008, newly elected Ainamoi MP David Too was gunned down alongside police constable Eunice Chepkwony. The two, said to be lovers, were shot dead outside a hotel in Eldoret.

Investigations later revealed that the suspected killer was in an intimate relationship with Eunice.

On the night of September 4th 2018, Sharon’s body was found dumped in a forest in Homa Bay County. She was abducted alongside a journalist, Barrack Oduor. The abduction was allegedly orchestrated by Governor Obado’s personal assistant.

Governor Obado has since denied the claims that he was behind the kidnapping of the two and that he had an affair with the 26-year-old Rongo University student who was expectant.