Why the modern woman is keeping ‘sponors’ 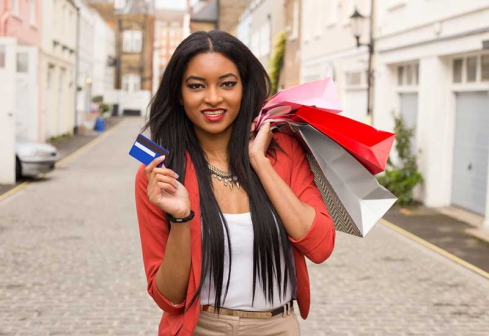 To get good shoes a woman needs more than Sh4,000. A modest latest trending dress cost Sh6,000 or more. Don’t even get me started on the facials, plus manicure and pedicure or related beauty products which cost an arm and a leg.

Basically, to fulfill today’s man’s fantasy of a hot woman, one can spend Sh50,000 and more in a month. And that’s just on beauty regiments, never mind transport, food and rent. But who can we chastise for this outrageous monthly costs? Well, if you ask me, of course, it is Kenyan men.

Look, they are the ones who have set unrealistic standards of beauty, which they expect every woman to achieve. This forces women to jump through hoops in an attempt to achieve that kind of beauty. Interestingly, we see women really try and some even sort of achieve something close to it. The a million dollar question here is, how do women afford to be beautiful in 2017?

Ever wondered how a woman who earns Sh20,000 a month, pays rent worth Sh50,000, has a weave on her head worth Sh30,000, buys facial products worth Sh15,000, drives a red Subaru Impreza, and flies out to International beaches for holidays? Well, allow me to let you in on a little secret; this is exactly where the concept of so-called ‘sponsor’ comes in. So who is a ‘sponsor’? You may ask.

Basically, he is a man who is often hidden in the shadows of a woman with a glamorous lifestyle, but whose monthly earning can’t afford it. This is a man whose picture you will never see. He is a man who is only good for a woman because of his financial contribution to her life. He may not even have access to the ‘cookie jar’. It may have simply been dangled in front of him with the promise that he will be allowed to access it in future if he behaves!

He is the man who has no control or access to a woman whenever he wants, and is only called when financial help is needed from him. In fact, being a ‘sponsor’ is worse than being ‘friend zoned’ because the latter costs less! And don’t be fooled. Just because you are not a millionaire doesn’t mean you are safe from this ‘sponsor’ madness. The rules have changed. Ladies are smarter.

Unlike back in the day when a man had to be monied to be considered a ‘sponsor’, these days the only qualification is a man to have some money to his name (however little), because these days a woman can have as many as five ‘sponsors’.

The first one will pay for hair, second one rent, third one manicures and pedicures, while the fourth will take care of new clothes every month. Then there is the fifth who only gets a call when a designated driver is needed.

However, the most interesting thing I have found that often men do not even know when they have been relegated to ‘sponsorship’ roles.

Therefore, men before going around bragging that you have a woman, look at the information above, and ask yourself if you are really the main man or simply a sponsor? For those who have been wondering, you at least have an idea of how some of those jobless but flashy girls pull of that stunt.