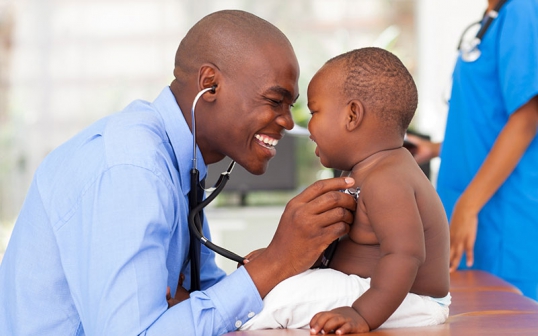 The survival rates for children with kidney cancer at a local hospital have risen from 29 per cent to 41 per cent, a recent report shows.

This falls short of the 90 per cent survival rate achieved by developed countries. However, authors of the report praised steps Moi Teaching and Referral Hospital (MTRH) had taken to contain Wilms' tumour, a rare kidney cancer that primarily affects children.

The report, published in the October issue of the Journal of Global Oncology, shows the doctors could have done better but faced many challenges most of which were non-medical.

For example, the report shows that more than a third of children with Wilms tumour at MTRH have been abandoning treatment for non-medical reasons.

The study conducted between 2010 and 2012, by researchers from Moi University in Eldoret, Vrije University in The Netherlands and Indiana University of the US, shows the facility could improve on the outcomes even further.

The scientists, led by Dr Festus Njuguna from Moi University, investigated treatment of 39 children. The team explains how doctors are managing to beat the cancer, the most common kidney tumour in children between three and four years.

The hospital, the team says, developed an own treatment manual and set up a multidisciplinary team dedicated to children with Wilms tumours.

“They now have competent paediatric surgeons, psychological counsellors, social workers and pharmacists involved in the care of patients with Wilms tumour,” says the report.

Unlike in the past when nurses were moved from one department to another, the report shows the hospital has now dedicated oncology nurses to attend to these children.

The report shows this has increased nurses’ knowledge and experience, which has led to better care for patients.

Nurses are breaking new grounds as they continue working with parents. Previously, the report shows, parents were opposed to feeding children with tubes through the nose due to culture.

“But this has changed and is increasingly improving the nutrition of patients which leads to better treatment outcomes,” explains the study.

They ensure patients are registered with the National Hospital Insurance Fund (NHIF) to improve treatment.

“In the children's cancer ward at MTRH, physicians and nurses continually inform families about the need for NHIF and make sure they are insured,” the study shows.

The doctors say there is huge capacity to improve survival rates even further but they also face challenges that are beyond their control.

The main reason why treatment failed, according to the study, abandonment of medication which affected more than a third of the patients.

Some children with stage II and III of Wilms Tumour did not survive after abandoning treatment. "The main reasons families abandoned treatment despite the benefits was distance and the entire issue of the cost of transport to and from MTRH," the report says.

Patients living 100 kilometres away were highly likely to abandon treatment while those within this radius had higher survival rates.

“If this phenomenon is addressed adequately, survival in this group could improve,” says the study.

However, the MTRH team is not celebrating the success just yet. The team says deaths from Wilms Tumours is still unacceptably high.